Finding a connection in
this parish with some
great Irish Philhellenes 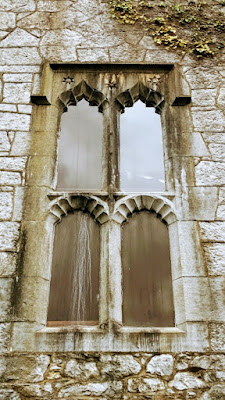 Reminders of the Devon Estate in Newcastle West … and an interesting link with the Irish role in the Greek War of Independence (Photograph: Patrick Comerford, 2017)

For many years I have been researching the Irish Philhellenes – Irish men and women who were involved in the Greek War of Independence in the 19th century and engaged in the political aftermath.

As part of this research, I have contributed chapters to books on the subject, articles in magazines and journals, given lectures from Dublin and Galway to Corfu, and visited key places in Ireland, England and Greece associated with these figures.

One of the most prominent of these Philhellenes was Sir Charles James Napier, an Irish general who was Governor of Kephalonia. He was a first cousin of the 1798 leader Lord Edward FitzGerald, and his childhood home was in Celbridge, Co Kildare, the home over 200 years ago of the three Lennox sisters. They were the daughters of Charles Lennox (1701-1750), 2nd Duke of Richmond and a grandson of King Charles II, and the heroines of Stella Tillyard’s book Aristocrats: 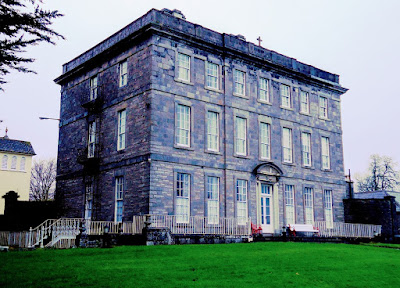 Celbridge House, now known as Oakley Park, was built in 1724 by the Vicar of Celbridge, the Revd Dr Arthur Price, later Bishop of Clonfert, Bishop of Ferns and Leighlin, Bishop of Meath and Archbishop of Cashel. In 1785, the house became home to the Napier family, and in 1798, they sought safety with their neighbours and cousins, the Conollys of Castletown House.

Oakley House is now part of the Saint Raphael centre run by the Saint John of God order. Sir William Francis Patrick Napier (1785-1860) was born there shortly after his parents moved into the house. His granddaughter, Rose Leslie Napier, married Edward Portal, and their granddaughter is the mother of the Archbishop pf Canterbury, Justin Welby.

Oakley House was also the childhood home of Sir Charles James Napier (1782-1853), remembered in military history as the conqueror of Sindh. But I have been interested in Napier’s career because of his role as an Irish Philhellene.

While he was the British Resident or colonial governor of the Ionian island of Kephallonia, Napier entertained the poet Lord Byron as his guest, and soon became entangled in the political course of events in Greece.

In Kephallonia, Napier lived with a young, beautiful, proud and patriotic Greek woman, Anastasia. Although they never married, she became the mother of his two daughters: Susan Sarah, born in 1824 and named after Lady Susan O’Brien and Lady Sarah Napier but often known in the family as ‘Piggy’; and Emily Cephalonia, named after Lord Edward FitzGerald’s mother and Napier’s beloved Greek island.

However, Anastasia obstinately refused to marry Charles, and also refused to accompany him on a visit to England in 1824. Two years later, as he was leaving for London for his mother’s funeral, he tried to leave their two small daughters with Anastasia, but she put the girls in a small boat, pushing them out to sea after him.

Anastasia’s identity has never been established with certainty. Perhaps she was the beautiful young girl who at the age of 16 he had rescued from a convent where she had once been forced to become a nun by her aunt, the abbess. Charles once wrote, ‘The only things that bore me are the church and convent affairs, excepting a beautiful nun of sixteen who dislikes being one very much, and I have blowed up her old devil of an aunt, the abbess, for making her one. Nay more! I told the girl’s friends that if she would run away with a handsome young Greek, I would, as head of the church, stand between them and all harm.’

Anastasia died at a young age. But for the rest of his life, and perhaps even after it through bequests, Charles supported her relatives in Kephallonia.

One of Emily Cephalonia’s daughters later wrote with pride and understanding to a niece, ‘Yes, I am afraid my wild and beautiful grandmother did not want to be tied by marriage or anything else. She adored her beautiful country. And when my grandfather left it she refused to accompany him. It is quite true she stuck the two small girls in a boat, and sent them out to sea, so that my grandfather had to take them with him, as a fisherman returned them to him at the very last moment. The mother he left in Greece, and begged a brother officer to take care of her. She was not legally married to Sir Charles ... She was a beautiful wild creature and a devoted patriot. Her country came always first. I think you will understand and forgive that we are both evidently proud and broad-minded about that wild, fascinating grandmother. I am sure you will bring out her virtues, not her faults. She had a violent temper, which never lasted long. So she would most likely have rescued the little girls if the fishermen had not found them. I have inherited her passionate temper, and so too have some of my sisters.’

To the surprise of his family and friends, in April 1827 Charles Napier married the poor and invalided Elizabeth Kelly, a widow of over 60 with grown-up children and grandchildren who were almost grown-up too. The two returned to Kephallonia in July 1827, but we are left with no account of what she thought of her husband’s daughters, Susan and Emily, or of the island.

Napier left Kephallonia with his gravely ill wife Elizabeth in 1830, this time leaving his two young daughters in the care of a clergyman named Dixon and his wife at the Monastery of Apostolos Andreas in Perata, close to Saint George’s Castle on the southern end of the island. While Napier was on leave in London that year, his appointment to Kephallonia was annulled, his papers were seized and he was forbidden to return to Kephallonia.

Napier may have been offered and declined an alternative positing on Zakynthos and moved instead to the south of England. Early in 1831, Kennedy also left Kephallonia for Ireland, never to return.

Some time later, Edward Curling left Kephallonia, taking Napier’s two daughters from the convent at Aghios Andreas and bringing them to their father in England. Until Napier’s elderly wife Elizabeth died on 31 July 1833, she treated the girls as her own children. When she knew she was dying, wrote a book, the Nursery Governess, to help Napier find someone to care for them after her death. Napier took an active interest in their education, teaching them geography and maths as well as languages.

Edward Curling was a great nephew of Elizabeth Napier and had worked for Napier on Kephallonia from 1828 to 1831. In recent weeks, a member of his family has contacted me with further family details that links this episode in the story of the Irish Philhellenes and Newcastle West, one of the towns in my group of parishes in this part of West Limerick and North Kerry.

When Edward Curling left Kephallonia, he brought his Maltese wife Rosa (nee Mallia) to England with him and obtained a post as the Land Agent to Sir Henry Bunbury’s estate near Bury in Suffolk. Sir Henry Bunbury had married Charles Napier’s sister, Emily Louisa Napier, and Lady Sarah Lennox, mother of Emily and Charles, had been first married to Sir Henry’s uncle.

Edward worked on the Bunbury estate for 16 years before moving to Newcastle West, Co Limerick, as the land agent for the Devon estate, centred on the castle in Newcastle West.

‘So, a nice circle squared,’ as my contact told me. 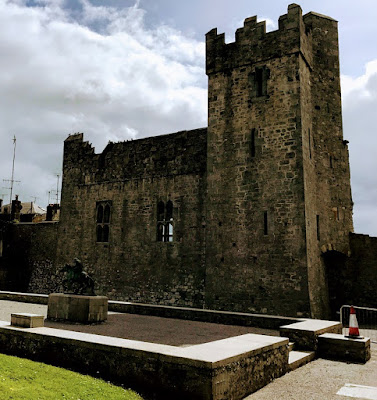 The Castle in Newcastle West, Co Limerick … the Curling family were agents here for a century (Photograph: Patrick Comerford, 2017)