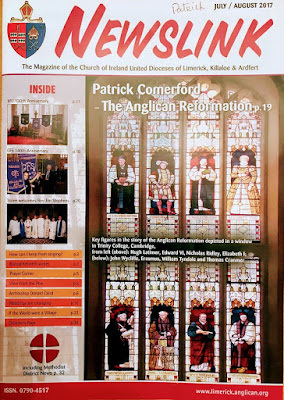 In the second of three features on the Reformation, Patrick Comerford asks about the influence of Martin Luther on the Anglican Reformation. 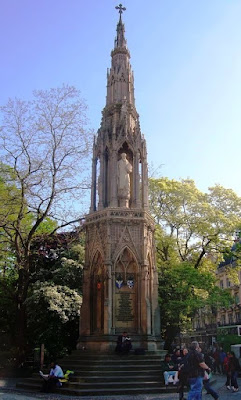 The Martyrs’ Memorial near Baliol College, Oxford, where Latimer and Ridley were burned at the stake in 1555 (Photograph: Patrick Comerford)

So, from an Anglican perspective, when did the Reformation begin?

In England, from the mid-14th century, the Lollards were demanding Reform under the leadership of John Wycliffe. He was a contemporary of Julian of Norwich, an early champion of women’s voices in the Church. Although she lived and wrote a century before Luther and Calvin, she may be seen as an early forerunner of the Anglican Reformation.

William Tyndale, who worked on an early translation of the Bible, was executed before the Anglican Reformation began. His prominence in Protestant folklore sometimes eclipses the influence of Desiderius Erasmus.

Erasmus remained a Roman Catholic priest, but through his work on the Greek New Testament in Cambridge while he was Professor of Divinity, he made the Bible accessible to the Anglican Reformers and he helped to stimulate an interest in Luther’s work.

For Anglicans, the classical Reformation did not end with the deaths of the martyrs in Oxford in 1555 during the reign of Mary I. By the time the 39 Articles received their final form in 1571, the Puritans were a critical wing on the margins of Anglicanism, so that Calvinism had become a force opposing the via media that would define Anglicanism from the 1570s on. 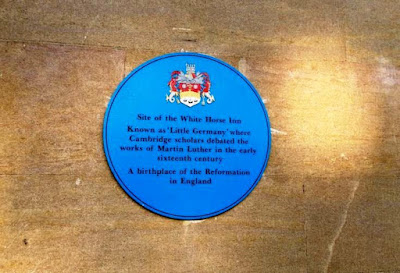 Elizabeth I often defended her Church’s catholicity to foreigners and emphasised what it held in common with the rest of the western Catholic Church. A canon of 1571 demands that clergy in their preaching ‘see that they never teach ought in a sermon, to be religiously held and believed by the people, except what is agreeable to the Old and New Testaments, and what the Catholic Fathers and ancient bishops have collected from the same doctrine.’

The Cromwellian era (1649-1660) threatened but failed to mark the triumph of Puritanism and the end of the Anglican Reformation, if not Anglicanism itself.

Perhaps the classical Anglican Reformation ends not with the translation of the Authorised Version of the Bible, but in the reign of Charles II, with the Act of Uniformity and Great Ejection of Puritans in 1662, and the 1662 Book of Common Prayer, which upholds the ‘established doctrine, or laudable practice … of the whole Catholick Church of Christ.’ This gives a Catholic hue to Anglicanism, and so Anglicanism was defined not by Luther, Calvin or Cranmer, but by the Caroline settlement, the Caroline Divines (including Bishop Jeremy Taylor and Archbishop John Bramhall of Armagh) and the rejection of Puritanism.

Next: Luther and ecumenism today. 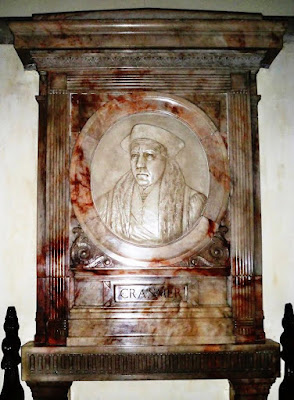 This full-page feature is published in the July/August 2017 edition of ‘Newslink,’ the Magazine of the Church of Ireland Dioceses of Limerick and Killaloe (p. 19).