Good Friday:
‘I was hungry and
you gave me food’ 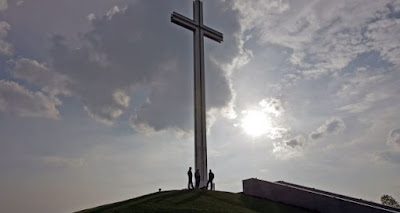 On Good Friday, the face of Christ may be found in the faces of the homeless, the hungry, the impoverished, the refugees, the victims of misogyny, homophobia and racism… and perhaps even in the pub. Photograph: Eric Luke/The Irish Times

For the first time in almost a century, publicans in Ireland can open their doors today and legally sell drinks to customers on Good Friday. No longer will men need to dress in overalls and boiler suits to pretend they are on the premises as plasterers and carpenters, carrying out much-needed repairs on an otherwise quiet day.

Surprisingly little is likely to change today: some publicans are still going to close their doors and welcome the rare opportunity to have a day off or to spruce up their pub. Wise publicans know that more than an extra day’s business is needed to save rural Irish pubs from fading from the scene.

In other ways, though, much has changed in Ireland. For many, visiting a pub today is less about the novelty factor or breaking down old shibboleths and more about beginning a long holiday weekend and looking forward to the promises and hopes of summer after a harsh winter and spring.

And yet, people in every parish and town will mark Good Friday in a traditional way, attending the “Three Hours” of prayers or following the Stations of the Cross.

The sixth traditional Station of the Cross shows Veronica wiping the face of Christ as he carries his cross to his crucifixion. Moved with compassion, she offers her veil to wipe his forehead. When he returns her veil, it is marked with the image of his face.

Veronica is neither a Biblical nor a historical figure, and this encounter is not recorded in any of the four Gospels. But in the Middle Ages, the “Veil of Veronica” was publicly processed in Rome between Saint Peter’s and the Santo Spirito Hospital. The hospital was built for paupers and abandoned children by Pope Innocent III who began this procession. Two years ago, the Canadian sculptor Timothy Schmalz donated two bronze statues on the steps of the hospital. One shows “Christ the Beggar,” with words from Saint Matthew’s Gospel, “I was hungry and you gave me food, I was thirsty and you gave me drink”. His second statue depicts Christ as homeless, on a makeshift bed, with the words, “I was ill and you visited me”.

The story of the Veil of Veronica challenges Christians to ask: “Where do I see the face of Christ?” Earlier this month, Mary McAleese said she feared the Church’s “hierarchy has reduced Christ to this rather unattractive politician who is just misogynistic and homophobic and anti-abortion. I think that is to do a remarkable disservice to Christ, a huge disservice to the church.”

On Good Friday, the face of Christ may be found in the face of the homeless, the hungry, the impoverished, the refugees, the victims of misogyny, homophobia and racism, and in the ordinary.

This editorial is published in The Irish Times today, Good Friday, 30 March 2018