During my visit to Sidney Sussex College, Cambridge, the week before last, I was reminded that the first Master of Sidney Sussex was at the same time – albeit briefly – also Dean of Lichfield.

James Montagu was Master of Sidney Sussex, Dean of Lichfield, one of the translators of the Authorised Version or King James Version of the Bible, later became Bishop of Bath and Wells and Bishop of Winchester and was singularly responsible for the restoration of Bath Abbey in the early 17th century.

As a student, he was a fellow-commoner of Christ’s College, Cambridge. He became the first Master of Sidney Sussex when it was founded, and he laid the foundation stone on 20 May 1596.

Lady Frances Sidney (1531-1589), Countess of Sussex, the founder of the college, was his great-aunt and a sister of his maternal grandmother Lucy Sidney. Lady Sussex left £5,000 in her will and some plate for a new college ‘to be called the Lady Frances Sidney Sussex College.’

Although there is no record of Montagu graduating with a degree, he was admitted to the degree of Doctor of Divinity (DD) by ‘special grace’ in 1598.

At Sidney Sussex College, Montagu beautified the interior of his college chapel, and also spent £100 of his own money in purifying the King’s Ditch in Cambridge.

Montagu was appointed Dean of Lichfield on 12 July 1603, in succession to George Boleyn, who had died earlier that year in January. At the same time, he became Dean of the Chapel Royal. It was a powerful position in the Church that gave Montagu immediate access to the monarch. It was said that he was closer to the king than the Archbishop of Canterbury, George Abbot, who had previously been Bishop of Lichfield.

Montagu was also one of three key Church leaders with connections with Lichfield who played important roles in the translation of the Authorised Version of the Bible, the two others being George Abbot and Bishop John Overall.

At Cambridge, Overall was also a tutor to the future Lord Lieutenant of Ireland, Robert Devereux, 2nd Earl of Essex, who had a life interest in the Manor of Lichfield. In 1614, Overall was appointed Bishop of Lichfield. He was translated to Norwich in 1618, and died the following year.

George Abbot (1562-1633) was Bishop of Lichfield for only a month in 1609 before being moved to the Diocese of London, and he later became Archbishop of Canterbury. But his appointment to Lichfield was an immediate reward from King James I for his work on restoring the episcopacy to the Church of Scotland. In 1611, Abbot became Archbishop of Canterbury.

James Montagu was a member of the Second Oxford Company, involved in translating the Gospels, the Acts of the Apostles, and the Book of Revelation. But, despite being a member of this Oxford company, Montagu was intimately associated with Cambridge. 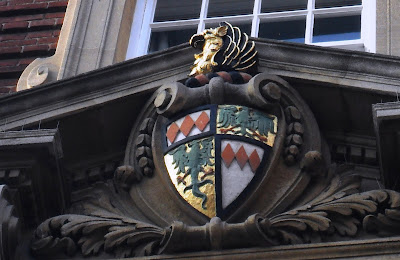 Although Montagu became Dean of Lichfield on 12 July 1603, he remained at Lichfield for just 17 months, and continued as Master of Sidney Sussex College. He left Lichfield to become Dean of Worcester on 20 December 1604.

While he was Dean of Worcester, Montagu worked with King James on An Apologie for the Oath of Allegiance in 1607, at Royston and Newmarket, reading to the king the four volumes of the works of Cardinal Bellarmine.

Throughout these years, Montagu remained Master of Sidney Sussex College. After little more than three years at Worcester, he was appointed Bishop of Bath and Wells on 29 March 1608. He was consecrated bishop on 17 April and was enthroned and installed at Wells Cathedral on 14 May 1608. On becoming Bishop of Bath and Wells, he resigned as Master of Sidney Sussex College.

He repaired the episcopal palace at Wells and the manor-house at Banwell, and vigorously took in hand the restoration of the nave of Bath Abbey, spending £1,000 of his own personal fortune on the restoration work, which was completed in 1617.

There is a story that Sir John Harington of Kelston, walking with him one day in the rain, took him into the abbey, then roofless, under pretence of seeking shelter. There he impressed on Montagu the neglected state of the building and inspired him to restore it.

He moved from Bath and Wells when he became Bishop of Winchester in 1616. Montagu also edited and translated the collected works of James I, published in 1616.

He died of jaundice and dropsy at Greenwich on 20 July 1618, at the age of 50. He was buried in Bath Abbey, where an alabaster tomb on the north side of the nave displays his effigy.

Throughout all that time, he had continued to hold the office of Dean of the Chapel Royal, and when he died he was succeeded by Lancelot Andrewes, one of the great Caroline Divines. 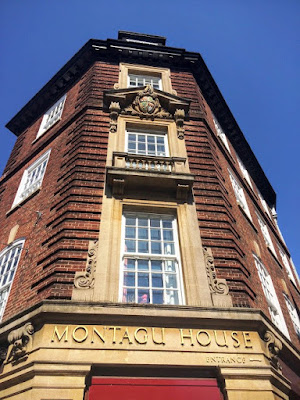