There is something peculiar
about a number of churches 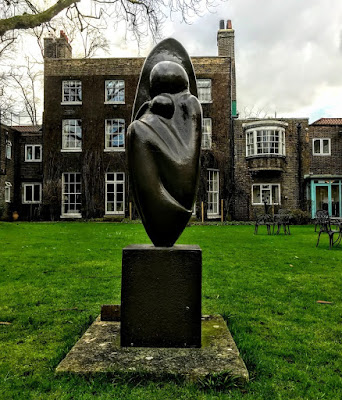 The Royal Foundation of St Katharine … a new Master has been appointed (Photograph: Patrick Comerford)

The Venerable Roger Preece, Archdeacon of St Helens and Warrington, in the Diocese of Liverpool, has been appointed as Master of the Royal Foundation of St Katharine in Limehouse, in the East End of London. Archdeacon Preece succeeds the Revd Mark Aitken, who retires at the end of next month [31 August 2019] after seven years as Master.

The announcement of this new appointment was made earlier today by the Court of the Royal Foundation of St Katharine and by the chair of the court, the Revd John Tattersall. Because Saint Katharine’s is a royal peculiar, the appointment is made by the Crown.

Saint Katharine’s is in a strategic position at Limehouse, between Canary Wharf and the City of London. It is embarking on a major development of part of its site including a significant extension of its retreat and conference business and the establishment of a resident community.

I have visited Saint Katharine’s twice in the past two years or so, taking part in meetings of trustees of the Anglican mission agency, USPG (United Society, Partners in the Gospel).

The Royal Foundation of St Katharine was established in 1147 as a hospice, and has a fascinating 872-year history. Today, the foundation operates a Retreat House and Conference Centre. 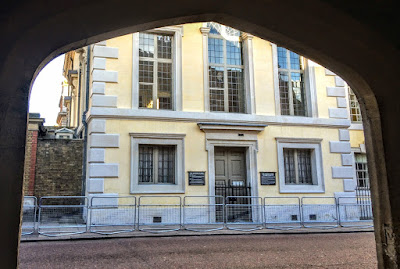 The Queen’s Chapel at Saint James’s Palace … one of the 14 Royal Peculiars (Photograph: Patrick Comerford)

In canon law, a ‘peculiar’ is an ecclesiastical district, parish, chapel or church that is outside the jurisdiction of the bishop and archdeacon of the diocese in which it is geographically located. They include the separate or ‘peculiar’ jurisdiction of the monarch, another archbishop, bishop or the dean and chapter of a cathedral. In the past they also included churches associated with the Knights Templar and the Knights Hospitaller.

The concept dates from Anglo-Saxon times, and most peculiars survived the Reformation. But, with the exception of Royal Peculiars, were finally abolished in the 19th century by various Acts of Parliament and became subject to diocesan jurisdiction, although a few non-royal peculiars still exist. 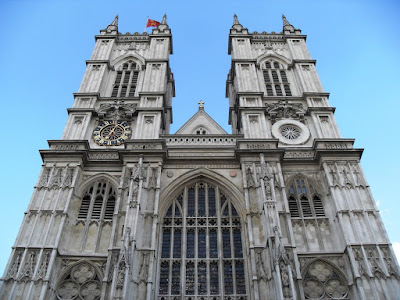 The majority of Royal Peculiars that remain are within the Diocese of London. There, the best known is probably Westminster Abbey.

The other Royal Peculiars in London include the two royal chapels at Saint James’s Palace, the Queen’s Chapel and the Chapel Royal; two royal chapels at the Tower of London, Saint John the Evangelist and Saint Peter ad Vincula; as well as the Queen’s Chapel of the Savoy, the Chapel of Saint Mary Undercroft at the Palace of Westminster or Houses of Parliament, the Temple Church near Fleet Street, and the Royal Foundation of St Katharine.

The Chapel Royal at Hampton Court is in Surrey, in Richmond, about 20 km south-west of central London. 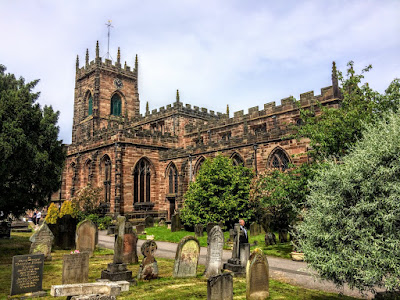 Saint Michael’s Collegiate Church in Penkridge … stood outside the jurisdiction of the Diocese of Lichfield (Photograph: Patrick Comerford)

The four Royal Peculiars outside London include two chapels at Windsor, Saint George’s and All Saints; the Church of Saint Edward, King and Martyr, in Cambridge; and the Chapel Royal at Holyrood in Edinburgh.

Former royal peculiars include Saint Michael’s Collegiate Church in Penkridge – although it was also a peculiar of the Archbishop of Dublin within the Diocese of Lichfield – and Saint Mary’s Church, Stafford, both in Staffordshire.

But there are also non-royal peculiars, including Saint Mary-le-Bow, which is in London geographically but legally in the Diocese of Canterbury, and two chapels of the Inns of Court, Lincoln’s Inn Chapel and Gray’s Inn Chapel. 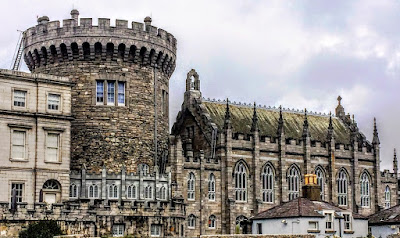 There have been at least three Chapels Royal in Dublin, as far as I can identify today. The Chapel Royal in Dublin Castle was the official chapel of the Household of the Lord Lieutenant of Ireland from 1814 until the creation of the Irish Free State in 1922.

The last Dean of the Chapel Royal in Dublin was Canon Charles William O’Hara Mease (1913-1922), who died in 1922. In 1943, the Chapel was consecrated by Archbishop John Charles McQuaid as a Roman Catholic military church, and in 1944 was renamed the Church of the Most Holy Trinity. The Chapel Royal was closed in the early 1980s. It was restored and reopened in the early 1990s, although it has not since been used for worship.

The second chapel royal in Dublin was Christ Church Cathedral, which for centuries served as the Chapel Royal until the Chapel Royal was built in Dublin Castle. Charles I had designated the cathedral ‘our chapel royal’ and there maintained Anglican rites and ceremonies. James II continued to recognise it as ‘our chapell royal’ and in the period 1688-1689 used it for Roman Catholic liturgies.

However, as a cathedral, Christ Church remained within diocesan jurisdiction and could not be regarded as a ‘royal peculiar.’

For a time, Saint Werburgh’s Church in Werburgh Street was the Viceroy, who had a private pew in the gallery under the organ. But I do not think it was ever a chapel royal and it was never a royal peculiar.

The third former Chapel Royal in Dublin is Saint Matthew’s Church, Irishtown. It was founded by Act of Parliament in 1703, built in 1707 on a site given by Thomas Fitzwilliam, Earl of Merrion, and was licensed by Letters Patent in 1723 as the ‘Royal Chapel of Saint Matthew of Ringsend.’

As a royal chapel, the king appointed the chaplain, who was paid from the customs revenue of the port of Dublin. This arrangement continued until the disestablishment of the Church in Ireland in 1871, when it became an independent parish. The original church was demolished in 1878-1879 and rebuilt by the architect James Franklin Fuller.

The Royal Foundation of St Katharine can be visited at www.rfsk.org.uk 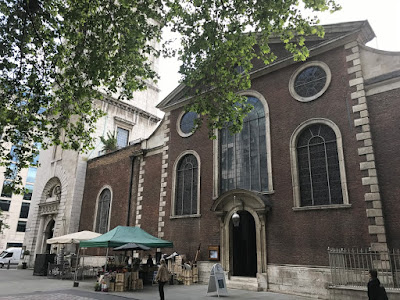 Saint Mary-le-Bow is in London geographically … but canonically in the Diocese of Canterbury (Photograph: Patrick Comerford)