‘It’s coming from the holy places,
Democracy is coming to the USA’ 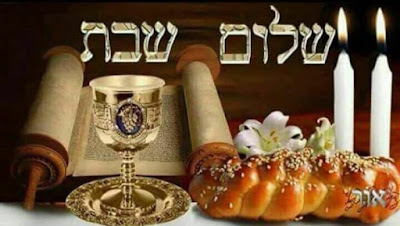 I have slept more peacefully in my bed for the last two nights.

It’s not that the world is any safer a place: the nuclear stockpiles have not been reduced; climate change continues to threaten us with global extinction; racists still stalk the streets of our cities; there are too many crazy people who continue to refuse to wear facemasks and who oppose the rollout of the vaccines; homelessness remains the major problem it has been for far too long; and wars continue around the globe.

But I have still slept more peacefully and more comfortably in my bed for the last two nights.

Political discourse is possible once again.

I have been able to exhale that deep intake of breath that has made me so uncomfortable for far too long.

I may find in the weeks to come that I still have nightmares.

The Greek legend of the Hydra keeps coming to mind.

Hydra was a gigantic water-snake-like monster with nine heads, one of which was immortal. The monster’s lair was the marshes of Lerna, near Árgos, and anyone who tried to behead the Hydra found that as soon as one head was cut off, two more emerged from the fresh wound.

I imagine Donald Trump as a Hydra who has retreated to his lair in Mar a Lago in the marshes of Florida, and if we think he has been beheaded we need to wary of the monstrous heads that emerge from his wounds, including the Proud Boys, the Oath Takers, the QAnon followers, the Confederate flag wavers, the gun-toting, baton-waving militia members, the Klan, the neo-Nazis …

Are Joe Biden and Kamala Harris up to the task of being Heracles and Iolaus in ending the chaos caused by this monster? Indeed, in the Trachinian Women, Sophocles told how this task eventually led to Heracles’ own accidental death.

There is a similar classical warning in the story behind the phrase about sowing dragon’s teeth.

But, for tonight at least, I am going to sleep more easily.

When it comes to contrasts with the intellectual capacity in the Trump White House, I have stopped trying to count the number of doctorates between the first and second couples.

The first and second couples represent the pluralism and diversity that American society such be happy to embrace and celebrate: a mixture of Irish, Catholic, Sicilian, English, Presbyterian, Jamaican, Indian, Baptist, Hindu, Jewish, black, white, Asian …

‘Democracy has prevailed’ is the much-repeated phrase.

As I watched this week’s inauguration, I could not help thinking of Leonard Cohen’s song, Democracy. Although he was Canadian, he spent most of his life in the US, ‘the cradle of the best and of the worst.’ This evening, the words of this great Jewish poet seem appropriate for my Friday evening reflections, with prayers of thanks for a more peaceful and a more hopeful worrld tonight.

It is a song of spiritual thirst with subliminal Biblical imagery that includes the flood, the covenant on Mount Sinai, crossing the river into the Promised Land, the Sermon on the Mount, and the Messianic age.

It is a song that combines cynicism and hope, a cynical reminder that America is not the democracy it claims to be, that racism and classes have not been abolished, but that while that time is not here yet, it is coming in its own time.

It’s coming through a hole in the air
From those nights in Tiananmen Square
It’s coming from the feel
That this ain’t exactly real
Or it’s real, but it ain’t exactly there
From the war against disorder
From the sirens night and day
From the fires of the homeless
From the ashes of the gay
Democracy is coming to the USA

It’s coming through a crack in the wall
On a visionary flood of alcohol
From the staggering account
Of the Sermon on the Mount
Which I don’t pretend to understand at all
It’s coming from the silence
On the dock of the bay
From the brave, the bold, the battered
Heart of Chevrolet
Democracy is coming to the USA

It’s coming from the women and the men
Oh baby, we’ll be making love again
We’ll be going down so deep
The river’s going to weep
And the mountain's going to shout, ‘Amen’
It’s coming like the tidal flood
Beneath the lunar sway
Imperial, mysterious
In amorous array
Democracy is coming to the USA

I’m sentimental, if you know what I mean
I love the country but I can’t stand the scene
And I’m neither left or right
I’m just staying home tonight
Getting lost in that hopeless little screen
But I’m stubborn as those garbage bags
That time cannot decay
I’m junk but I'm still holding up this little wild bouquet
Democracy is coming to the USA
To the USA.