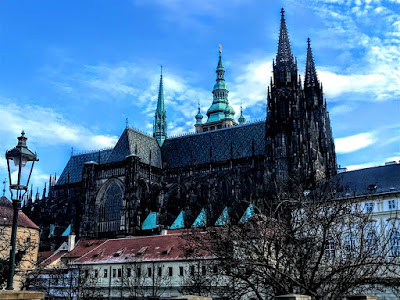 Today in the Calendar of the Church is the Feast of Saint Barnabas. This week my photographs are of cathedrals in European capitals or former capitals. This morning (11 June 2021), my photographs are from Saint Vitus’s Cathedral in Prague, the Czech capital. 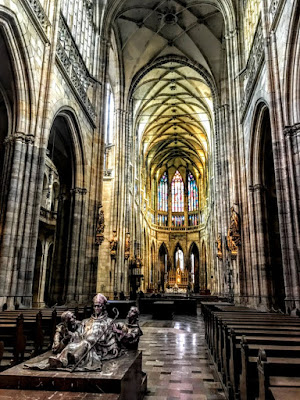 This spectacular cathedral in the grounds of Prague Castle has influenced Gothic architecture throughout Europe. It stands in a dominant position at the top of Hradcany Hill, and it is Prague’s most prominent landmark, with spires that can be seen from every vantage point throughout the city. 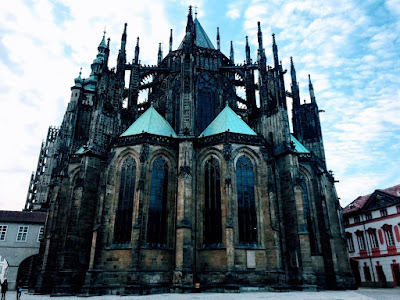 Original Gothic work at the east end of the cathedral (Photograph; Patrick Comerford) 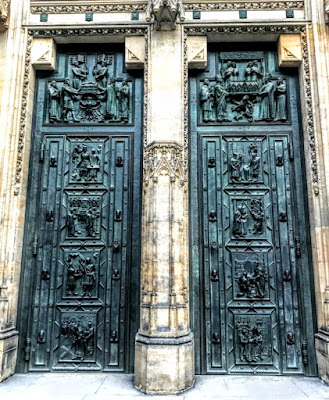 Let us give thanks for the life and work of Saint Barnabas, friend of the poor and missionary to Cyprus. 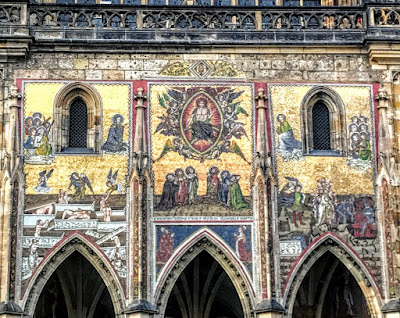 The Last Judgment depicted on the ‘Golden Gate’ at the south side of the cathedral (Photograph: Patrick Comerford)