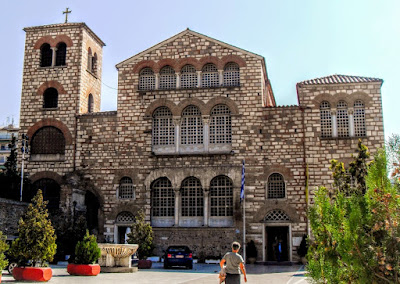 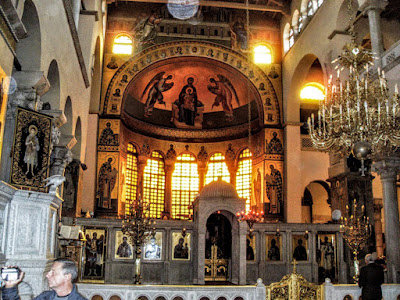 Inside the Church of Aghios Dimitrios … rebuilt after the catastrophic fire in 1917 (Photograph: Patrick Comerford)

The Church of Aghios Dimitrios is the best-known church in Thessaloniki. It is named after the martyred Roman soldier who is the city’s patron saint and whose feast day is on 26 October. The church was first built as a small oratory shortly after the year 313 on the ruins of a Roman bath and on the site of the saint’s martyrdom ten years earlier on the orders of the Emperor Galerius.

The church became a mosque in 1493, but was restored to Christian worship in 1912. It was destroyed by fire again in 1917, but restoration work began immediately after the catastrophe of 1917. Very few fragments of sculptures, mosaics or frescoes survived the fire of 1917, but those that have survived are representative of the successive phases of the church’s history.

The remains of Saint Dimitrios were returned from Italy in 1980 and are part of the exhibition open to the public, with items that survived the 1917 fire and others that came to light during recent excavations. 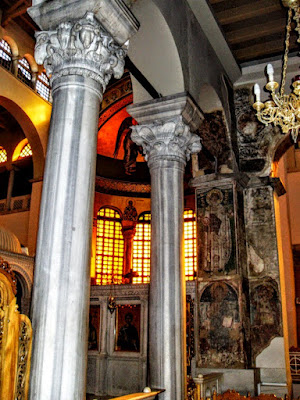 The church was restored to Christian worship in 1912 (Photograph: Patrick Comerford) 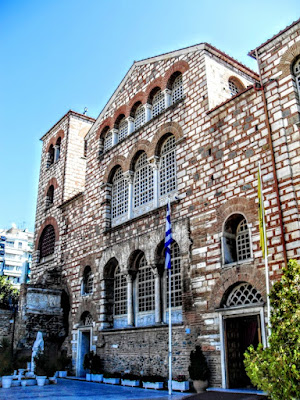 The Church of Aghios Dimitrios in Thessaloniki is the largest church in Greece (Photograph: Patrick Comerford)

Let us pray for the victims of human trafficking. May we remember that we are all made in God’s image. 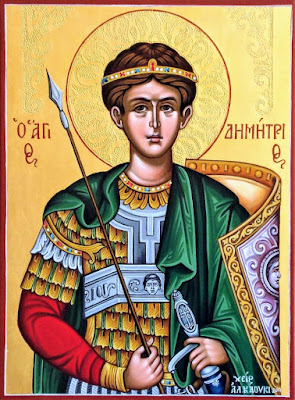