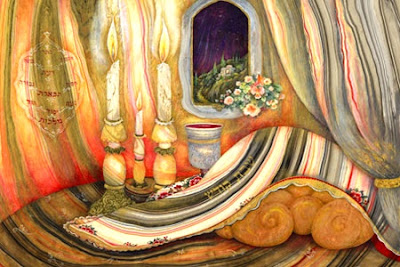 Each week, the back page of the Church Times carries an interview with an exceptional person of faith who discusses their life, their faith, and the way they say their religious values interacting with their priorities in the world today.

On this Friday, I have been catching up on two interviews in recent weeks in the Church Times with interesting figures in Jewish life and telling the stories of two women who have stood up bravely to discrimination based on gender and sexuality.

She is a Research Fellow at Manchester University, has taught at the London School of Jewish Studies (LSJS) since 2004, and has lectured at Cambridge, Oxford, and King’s College London. She is active in interfaith dialogue and has led Scriptural Reasoning groups.

She studied archaeology at Cambridge and the Hebrew University in Jerusalem, and completed her PhD at University College London. When she started an ordination course three years ago, ‘I knew there’d be problems,’ she told the Church Times. She graduated last June from Yeshivat Maharat in New York, where she received her rabbinical ordination. Maharat was the first Orthodox institution in North America to ordain women, and has adopted the title rabba, the feminine form for rabbi, since her ordination.

She proposed a compromise, agreeing not to use her rabbinic title at LSJS. But the Chief Rabbi banned her from teaching, her title of research fellow was removed, and the stand-off was only resolved after ‘a storm of protest’ and ‘lots of letters to The Jewish Chronicle.’

She also spoke of how her mother did not find out that she was Jewish until she was 12, and she herself only discovered she is Jewish when she was seven: ‘My father wasn’t Jewish and my stepfather as a lapsed Irish Catholic.’ Her mother took her to Sunday school and church in Cornwall occasionally, and she went to church every Sunday at school. She did go to a synagogue for the first time ever until she as at Cambridge.

Her research grant at Manchester University is to study the history of Limmud, the major winter festival of Jewish learning that happens over Christmas and that has spread to over 40 countries.

Last week in the Church Times (3 December 2021), Terence Handley McBeth was talking to the rheumatologist and epidemiologist Alan Silman, who has presented sessions at Limmud and has now joined the board.

‘I’ve presented on the genetics of being Jewish. Are Jewish people genetically different? … There’s a persistent debate about whether being Jewish is a religion or a race. Are the things we eat, wear, celebrate – are they shared religious belief or cultural heritage?’

He referred to the Dutch-born Israeli philosopher Rabbi Nathan Lopes Cardozo, who spoke at Limmud a few years ago, saying that in Jewish Halacha or religious law ‘if someone is born gay, it’s not a choice, and they should be accepted.’

He then recalled the story of a girl from a Haredi community in New York who spoke of her experience at 18, when she realised she could not enter, though she had no understanding of her sexuality. ‘Her parents kicked her out to sleep on a bench in Central Park until she was taken in by a charity which helps Haredi children who have come out. She remains Ultra-Orthodox, saying: “I believe Ha Shem brought me into the world to love him in the way I can love him. He knows the person I am, and I’m not going to change”.’

No-one should have to chose between gender and God, or between sexuality and God, and everyone should feel confident of being brought into the world to love God in the way we can.