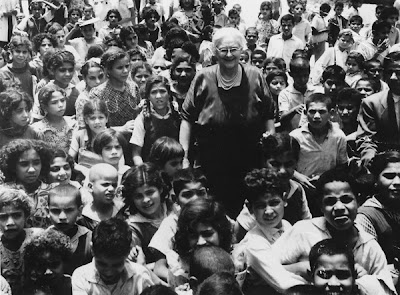 We are in the last week of Advent, with the Christmas preparations building up. Today (19 December2021) is going to be a busy day, with the Parish Eucharist in Saint Brendan’s Church, Tarbert, Co Kerry, and the Service of Nine Lessons and Carols in Saint Mary’s Church, Askeaton, Co Limerick, this afternoon.

With less than a week to go to Christmas Day, Lillian Trasher, who is honoured on this day [19 December] in the calendar of the Episcopal Church is an appropriate figure to recall for many reasons, including:

● She was a pioneer in women’s ministry, having been ordained over a century ago in 1912.

Lillian Hunt Trasher (1887-1961), who is still known as the ‘Nile Mother’ of Egypt, was one of the most famous missionaries of the 20th century. She was a missionary in Asyut and the founder of the first orphanage in Egypt.

She attended God’s Bible School in Cincinnati, Ohio, for one term, and then worked at an orphanage in North Carolina. She later said that at a second Bible school, Altamont Bible and Missionary Institute, in Greenville, South Carolina, she experienced ‘the infilling of the Holy Spirit.’

She was engaged to the Revd Tom Jordan and they were 10 days away from marrying in 1910 when she heard a missionary from India speaking at a meeting. She immediately broke off their engagement because she felt called to Africa but he did not.

Not knowing where she would go, she opened her Bible and read: ‘I have seen, I have seen the affliction of my people which is in Egypt, and I have heard their groaning and am come down to deliver them. And now come, I will send thee to Egypt’ (Acts 7: 34).

Lillian took the baby girl and named her Fareida. She rented a small house and some furniture and nursed the child back to health. And so she began her work among orphans.

The Church of God of Cleveland, Tennessee, ordained her in 1912. By 1918, her orphanage family had grown to 50 children and eight widows.

The British Administration ordered Lillian to leave Egypt on 27 March 1919. Back in the US, she joined the Assemblies of God, which continued to support her work for the rest of her life. She returned to Egypt in 192, and continued to work there until 1961 without a break. She once told this story:

Some months later he looked across the desert and saw a happy little boy coming with his hands full of fresh flowers. The child was coming the very same way he had travelled. He looked at the strange sight in perfect amazement. When the little boy arrived, he asked him how it could be that he had crossed the awful desert and looked so fresh and cool. The child answered, saying, ‘Oh, the way is beautiful. There are many small wells out of which spring lovely cool water, and around each of these wells there are flowers and shady bushes and soft green grass. I had no trouble at all in crossing.’

‘My soul magnifies the Lord,
and my spirit rejoices in God my Saviour,
for he has looked with favour on the lowliness of his servant.
Surely, from now on all generations will call me blessed;
for the Mighty One has done great things for me,
and holy is his name.
His mercy is for those who fear him
from generation to generation.
He has shown strength with his arm;
he has scattered the proud in the thoughts of their hearts.
He has brought down the powerful from their thrones,
and lifted up the lowly;
he has filled the hungry with good things,
and sent the rich away empty.
He has helped his servant Israel,
in remembrance of his mercy,
according to the promise he made to our ancestors,
to Abraham and to his descendants for ever.’]

The Prayer in the USPG Prayer Diary today (19 December 2021, Advent IV) invites us to pray:

Almighty Lord,
you bless us with unexpected joys.
May we suspend our disbelief,
and listen to your will.