‘Among the many changes of the world,
our hearts may surely there be fixed
where true joys are to be found’ 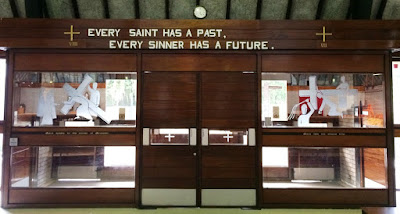 ‘They had come to hear him and to be healed of their diseases’ (Luke 6: 18) … a sign at a church in Glasnevin, Dublin (Photograph: Patrick Comerford)

The Third Sunday before Lent

Do you recall a time when the Sundays before Lent were known by the traditional names of Septuagesima, Sexagesima and Quinquagesima? This Sunday, the Third Sunday before Lent, was known in the Book of Common Prayer until recently as Septuagesima.

But counting the Sundays and weeks before Lent and even during Lent is meaningless to most people.

On the other hand, everyone knows that tomorrow is Saint Valentine’s Day.

Never mind that this saint is not named in the calendar of the Church of Ireland; never mind that historians doubt many of the details that are supposed to be part of his life story. If you looked into the flower shops and card shops in Limerick last week, or noticed the racks of cards and gifts in every shop in Askeaton and Rathkeale last week, you would imagine that Saint Valentine is one of the most popular saints in Ireland – almost popular enough to rival Saint Patrick himself.

Tomorrow, thousands of locks may be secured to bridges and fences across Europe, people will try to visit Juliet’s supposed balcony in Verona, and many people may want to visit the Carmelite Church in Whitefriar Street, Dublin, where Saint Valentine’s reliquary is traditionally taken from a special shrine in a side chapel and placed before the High Altar.

Yet, despite his popularity, we know nothing reliable about Saint Valentine, apart from his name and the tradition that he died a martyr’s death on 14 February on the Via Flaminia, north of Rome. Many of the stories about his life are mythical and unreliable.

Popular legend says Valentine was a Roman priest who was martyred during the reign of Claudius II, Claudius Gothicus. He was arrested and jailed when he was caught marrying Christian couples and helping persecuted Christians.

Many of the legends about Saint Valentine can be traced only to 14th century England and to the writings of Geoffrey Chaucer and his circle, when 14 February was already linked with romantic love.

Because of these myths and legends, Saint Valentine was dropped from the Roman Calendar of Saints in 1969. Nevertheless, the ‘Martyr Valentinus who died on 14 February on the Via Flaminia close to the Milvian Bridge in Rome’ is still on the list of officially recognised saints.

Although the story of Saint Valentine is inextricably linked with romantic young love, it is good to be reminded of love as we prepare for Lent, which begins on Ash Wednesday [2 March 2022], and that our Lenten pilgrimage is a journey towards fully accepting the love of God offered to us through Christ on Good Friday and Easter Day.

Whitefriar Street Church, so closely linked with Saint Valentine, is an inner city church and one of two Carmelite churches in inner-city Dublin.

In my prayer diary each morning for some days now I have been reflecting on the writings of Saint Teresa of Avila, who speaks of love constantly in her writings.

She writes: ‘Whenever we think of Christ, we should recall the love that led him to bestow on us so many graces and favours, and also the great love God showed in giving us in Christ a pledge of his love; for love calls for love in return. Let us strive to keep this always before our eyes and to rouse ourselves to love Him.’

In keeping with the Carmelite contemplative tradition, Whitefriars Street Church provides an oasis of prayerful silence in the midst of the bustling city.

Saint Valentine’s shrine in Dublin is visited by thousands of couples throughout the year, especially on 14 February, when the reliquary is taken out from under the side-altar and is placed before the high altar in the church. There are special celebrations of the Eucharist, with a blessing of rings for couples who are about to be married.

Although the story of Saint Valentine is inextricably linked with romantic young love, it is good to be reminded of love as we prepare to journey through Lent, and that our Lenten pilgrimage is a journey towards fully accepting the love of God offered to us through Christ on Good Friday and on Easter Day.

In our readings this morning, the Prophet Jeremiah contrasts those who trust in mere mortals and those who trust in the Lord, and reminds us that God tests the mind and searches the heart, ‘to give to all according to the fruit of their doing’ (Jeremiah 17: 10).

I am constantly challenged by Christ’s emphasis on love.

The Gospel reading this morning (Luke 6: 17-26) is Saint Luke’s version of the ‘Sermon on the Mount.’ It offers a set of contrasts between the two sets of people, although those who first heard this must have been surprised by who fits into which category.

Some are blessed by being included in the Kingdom of God, others are warned of the consequences of their choices in life.

At times, in my own sinful life, in my good days and in my bad days, I can imagine myself in both categories. I need, in my deeply flawed life, to be reminded that it is not enough to talk about love, but I also need to make God’s love visible in my life and actions, each and every day.

And the Collect of the Day challenges us to pray in these words:

And may all we think, say and do be to the praise, honour and glory of God, + Father, Son and Holy Spirit, Amen. 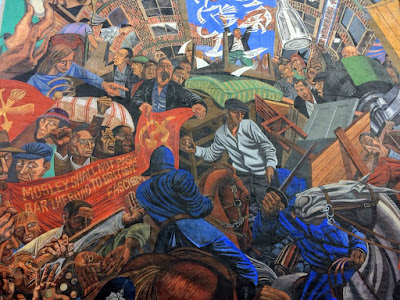 ‘And all in the crowd were trying to touch him …’ (Luke 6: 19) … the crowd at the Battle of Cable Street depicted in street art in the East End of London (Photograph: Patrick Comerford) 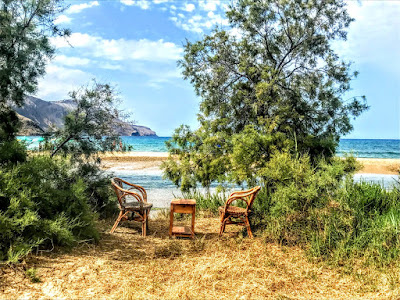 ‘He came down with them and stood … with a great multitude of people from … the coast’ (Luke 6: 17) … a small beach near Georgioupouli in Crete (Photograph: Patrick Comerford)

Righteous God, you challenge the powers that rule this world
and you show favour to the oppressed:
instil in us a true sense of justice,
that we may discern the signs of your kingdom
and strive for right to prevail;
for the sake of Jesus Christ our Lord,
who lives and reigns with you
in the unity of the Holy Spirit,
one God, for ever and ever. 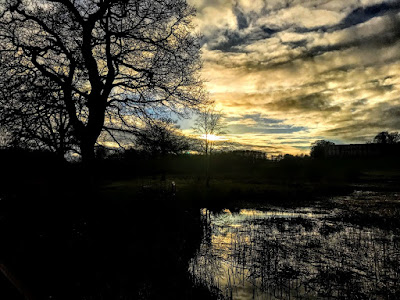 ‘They shall be like a tree planted by water, sending out its roots by the stream’ (Jeremiah 17: 8) … a scene in Curraghchase Forest Park, Co Limerick (Photograph: Patrick Comerford)