‘Celtic Spirituality’ and
mission in a Lent study
webinar with USPG 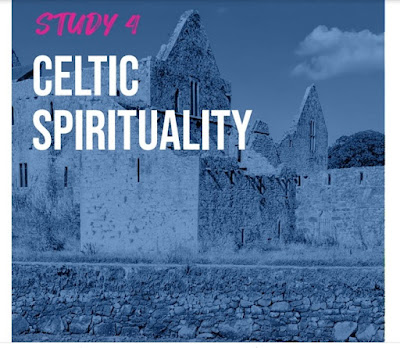 I was due to take part in an international webinar on ‘Celtic Spirituality’ this afternoon (24 March 2022), organised by the Anglican mission agency USPG (United Society Partners in the Gospel).

However, my minor stroke last weekend means I was only been able to take part in the webinar in a passive way. A video clip I had recorded in the ruined Franciscan Abbey in Askeaton, Co Limerick, was part of this afternoon’s programme. But the key contributor to the discussion this afternoon was the Rector of Bunclody, Co Wexford, the Revd Trevor Sargent, who is a Trustee of USPG.

This afternoon’s webinar was part of USPG’s Lent Study for this year, ‘Living Stones, Living Hope,’ exploring contextual theology around the world with an emphasis on I Peter, the Biblical passage that has been chosen for the Anglican bishops attending the Lambeth Conference later this year.

In all, there are five sessions in this series of Lent webinars. Previous webinars have focussed on African women’s theology and gender justice, with a view from Zambia (3 March), Korean Theology (10 March) and liberation theology in Brazil (17 March). This afternoon’s webinar was, ‘Study 4: Celtic Spirituality,’ and the fifth and final webinar explores Dalit Theology and the Church of North India’s ‘Let My People Go’ programme (31 March).

As well as recording a video clip for today’s webinar, I also prepared the notes in USPG’s Lent Study package, drawing on my experiences of contextual theology, mission and community reconciliation in Rathkeale, Co Limerick:

From Latin America we move to the context of the United Kingdom and Ireland and focus on the Celtic Christianity that emerged in the early Middle Ages in Celtic countries. Despite the diversity of Celtic churches today, which renders the idea of a homogenous Celtic church difficult, it might still be possible to speak of Celtic spirituality as a set of distinctive features that bind these churches together. For many Christians globally some of the best known Celtic spiritual resources might arguably be the symbol of the Celtic Cross and St Patrick’s Breastplate, a prayer for protection usually attributed to Saint Patrick. These symbols capture the world-embracing nature of Celtic spirituality and the importance of pilgrimage within Celtic Christianity.

Celtic spirituality is considered to be influenced by many traditions including the pagan and the monastic traditions beyond the Celtic context. It is a good example of the intercultural nature of Christian spirituality. There is a strong, life-affirming dimension to Celtic spirituality that is based on an incarnational theology of God embracing the world. This life-affirming dimension emerges in the way in which Celtic spirituality affirms the sacredness of the ordinary. Such affirmation can also be linked to the sacramental vision of the Celts that perceives God in and through all creation. This vision finds resonances in the biblical tradition through the idea of God’s immanence in the world.

Oliver Davies identifies the following as important characteristic features of Celtic spirituality: the strongly incarnational character of its theology, the appearance of nature as a dominant theme without being objectified as a means to serve human ends, an emphasis on human creativity and imagination, and a positive and empowering portrayal of women. According to Davies, theologically these different characteristics, ‘find a unity in the centrality of the doctrine of the Trinity, which profoundly shaped the religious imagination of the early Celtic peoples.’ There is potential in these characteristics of Celtic spirituality not just to engage with some of the important challenges that we face today as human beings, but also to encounter the divine in the midst of, and despite, these challenges in the mundane and the marginal.

A VIEW FROM THE CHURCH OF IRELAND

Priest-in-Charge of the Rathkeale Group of parishes, and Director for Education and Training in the Diocese of Limerick and Killaloe

The Church of Ireland is quite different to many other member churches in the Anglican Communion: we are a crossborder church, geographically embracing both the Republic of Ireland and Northern Ireland. Four of the eleven dioceses are cross-border dioceses and some benefices even find themselves on both sides of the border. Half of the Church finds itself in the European Union; half the Church is within the United Kingdom. The social problems that have resulted are far more – and far deeper – than the variety of goods on supermarket shelves, or the different expectations in health care and education. Brexit has created problems and divisions across the island that pose the greatest challenges since the peace agreements of the 1990s.

The challenges and opportunities in mission for the Church of Ireland today are many and set within a context that is both fluid and unpredictable. Apart from daily fears about the return of political and sectarian violence, all the churches on the island are facing challenging questions about cultural and political diversity and cross-community respect. Any cross-community conversation is in danger of losing trust and respect because of underlying fears of sectarianism, memories of violence, and agendas that remain without articulation.

In the Republic of Ireland, the changes in culture and values reflect a changing society: Irish is no longer the second language, having ceded place to Polish and Chinese; by popular referendum, and not by legislation, the people have voted for equal marriage and changes in abortion law; the Churches have lost the public trust and authority they once had not just through growing secularism, but as a consequence of scandals and stories of abuse. The political agenda is overwhelmed by concerns for housing, homelessness and health care. A far-right lobby is vocal in opposing immigration and public vaccination programmes, and gives voice to racism, xenophobia, Islamophobia and anti-Semitism; it may be small at present, but its presence is worrying.

In the south-west of Ireland, being remote does not isolate my parish from these experiences. The credibility of the church is fading, yet it needs to be heard speaking out on the issues of the day, and speaking out for the vulnerable, the marginalised, the neglected and the minorities.

In one small example of applying our understanding of ‘the stone that the builders rejected,’ the three main churches in West Limerick have sponsored a project to create understanding and a shared space for Travellers, who are a large ethnic minority in the area, and the people of Rathkeale, who fear losing their social, economic and cultural place in the town. As the Church takes stock once again, it needs to be less worried about how it is perceived or whether it is losing credibility, and more willing to engage with these questions, even when this is costly.

Therefore, we need to rid ourselves of ‘all malice, and all guile, insincerity, envy and all slander’ (verse 1). Instead of worrying about our survival, our finances or our structures, we need to place our trust in Christ, ‘a living stone … rejected by mortals’ (I Peter 2: 4), so that we may invite the people into ‘a spiritual house’ and become part of ‘a holy priesthood, a holy nation, God’s own people’ (verses 5, 9).

• What are the main political and social issues in your parish or local area? Is your church united in its response to these issues?
• What are the borders, visible or invisible, between different sections of your community?
• In what ways does your church enable the voices of the vulnerable to be heard?

1 Rid yourselves, therefore, of all malice, and all guile, insincerity, envy, and all slander.
2 Like newborn infants, long for the pure, spiritual milk, so that by it you may grow into salvation—
3 if indeed you have tasted that the Lord is good.
4 Come to him, a living stone, though rejected by mortals yet chosen and precious in God’s sight, and
5 like living stones, let yourselves be built into a spiritual house, to be a holy priesthood, to offer spiritual sacrifices acceptable to God through Jesus Christ.
6 For it stands in scripture: ‘See, I am laying in Zion a stone, a cornerstone chosen and precious; and whoever believes in him will not be put to shame.’
7 To you then who believe, he is precious; but for those who do not believe, ‘The stone that the builders rejected has become the very head of the corner’,
8 and ‘A stone that makes them stumble, and a rock that makes them fall.’ They stumble because they disobey the word, as they were destined to do.
9 But you are a chosen race, a royal priesthood, a holy nation, God’s own people, in order that you may proclaim the mighty acts of him who called you out of darkness into his marvellous light.
10 Once you were not a people, but now you are God’s people; once you had not received mercy, but now you have received mercy.

• Who comes to mind when you think of ‘the stones that the builder rejected’? How can you better include them in church life?
• We’re called to be ‘living stones revealing a living hope’’? What does that mean for the world today?
• “Once you were not a people, but now you are God’s people”. What does this mean for you as a church?

Almighty God, No border can limit your love and mercy. You reach the most remote of places And the unlikeliest of people. May we emulate your generosity, Loving and respecting all around us. Help us to build community, trust and dignity. Teach us to be living stones.