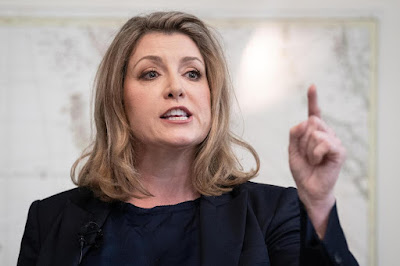 Penny Mordaunt at the launch of her campaign to be Conservative Party leader and Prime Minister, at the Cinnamon Club, in Westminster, London. Picture date: Wednesday July 13, 2022

Patrick Comerford finds one of the Tory leadership hopefuls has Wexford ancestors linked with the 1798 Rising, the Land War and the Civil War 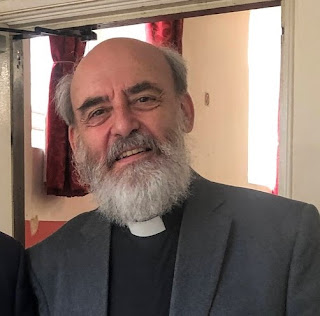 The Tory leadership hopeful Penny Mordaunt has strong family roots in Co Wexford. Ms Mordaunt (49), who hopes to stand against the former Chancellor Rishi Sunak, was born Penelope Mary Mordaunt in Torquay in 1973. She hopes to get to No 10 Downing but has to beat Rishi Sunak in the ballot of Tory party members.

The convent-educated daughter of a former paratrooper, Penny Mordaunt has held a number of posts under Boris Johnson and Theresa May, including Defence Secretary, Paymaster General, Trade Minister, and the Women and Equalities and International Development portfolios.

The MP for Portsmouth North is a niece of Henry Mordaunt, who maintains the family’s genealogy website. Henry traces their family roots back to Denis and Mary Mordaunt, born in north Co Wexford in the late 18th century.

The family were tenant farmers on land in Ballintlea, near Gorey, throughout the 19th century and in north Wexford the family name was often pronounced and even spelt ‘Morning.’

A family legend claims the Mordaunt or Morning family in Co Wexford is descended from Osmund Mordaunt who married Mary Bulger, from ‘Liraan nr. Gorey in Ireland,’ in London in 1673. This Osmund Mordaunt was said to be a grandson of the 1st Earl of Peterborough.

However, Henry Mordaunt admits this is a ‘curious tale’ based on a ‘clumsy and incompetent forgery.’ He admits no one knows how or when the Mordaunt family came to Co Wexford, nor has anyone traced a direct link between his family and the titled Mordaunt families.

He declares: ‘Given the number of Mordaunt family groups in Co Wexford in the late 1700s, it does suggest the family had been settled there for several generations.’

Before 1840, most members of the family were identified by the name Morning, and it is only after 1840 they usually spell their name as Mordaunt.

The earliest family members in Co Wexford identified with any certainty are the brothers Patrick and Michael Morning or Mordaunt, born in the 1740s or 1750s and possibly the second generation of Mordaunts born in Co Wexford.

Michael Morning is named in the memoirs of the 1798 leader Miles Byrne from Monaseed as his aunt’s husband. Michael sympathised with the early rebels, and his son Miles Morning, who was a 15-year-old in 1796, was a first cousin of the hero of Vinegar Hill.

Michael’s brother Patrick Mordaunt or Morning was a tenant of the Hatton family, living for much of his life on a small holding in Ballantlea, near Gorey, with his wife Mary. When Patrick died – sometime before 1825 – his farm was divided between his two sons Patrick and Denis Mordaunt.

One of his younger children, Edward Mordaunt (1831-1917), married Bridget Crowe (1841-1921) in Litter Parish in 1863. They lived on 86 acres at Cullentra until he was evicted in 1886 for non-payment of rent and was jailed for his role in the ‘Land War.’ The house was destroyed by fire, and Edward and his family later lived in Court Ballyedmond, Monamolin, where he was a farmer and shopkeeper. He died in 1917, and he was buried in Boolavogue, alongside his father and older brothers.

Edward’s son Patrick Mordaunt (1874-1914) was baptised in Monamolin and married Bridget Plunkett (1873-1957) in Wexford in 1898. He enlisted in a cavalry regiment and the family moved to Canterbury.

His son, Penny Mordaunt’s grandfather, Edward (Ned) Patrick Mordaunt (1900-1982), was born in Canterbury, but was sent back to Ireland to school, attending a Christian Brothers school in Dublin and Mungret College in Limerick until 1918. After a brief time in the British army in France during World War I, he returned to Ireland in 1919, and during the Civil War he was jailed for his Republican sympathies.

Penny Mordaunt’s father, John Edward Patrick Mordaunt, went to St John’s College, a Catholic secondary school in Portsmouth, and spent three years in the Parachute Regiment before training as a teacher in Leeds.

The Morning or Mordaunt family in Co Wexford married into the Brennan, Byrne, Connolly, Crowe, Doyle, Laffin, Murphy, Nolan, Sinnott and Willoughby families. Many of their descendants have continued to live in the Craanford, Monaseed, Gorey, Enniscorthy and Rosslare Strand areas. 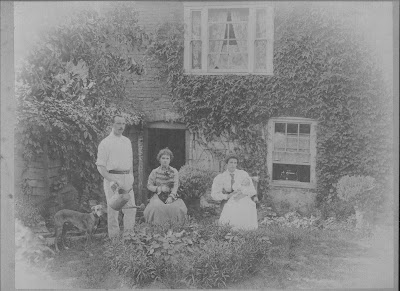 This feature is published this week in the ‘Wexford People’, the Enniscorthy Guardian’, the ‘Gorey Guardian’ and the ‘New Ross Standard’, p 22.