‘Seek the Lord while he may be found,
call upon him while he is near’ 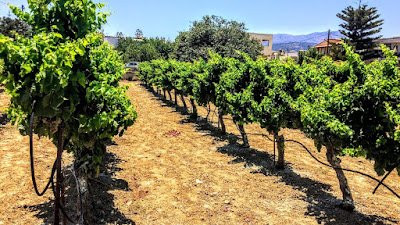 A small vineyard in Platanias near Rethymnon in Crete … fig trees at either end help to protect the vines against winds from the sea and mountain and to hold the soil and water (Photograph: Patrick Comerford)

The Third Sunday in Lent. 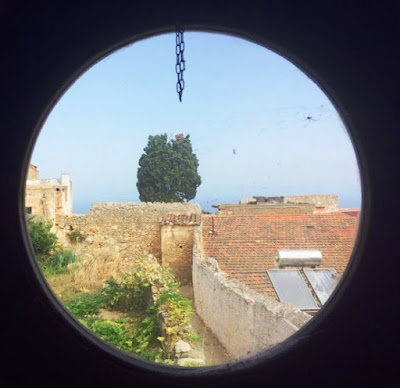 Looking across the countryside in Crete from an old Venetian tower in Maroulas … why were the workers killed accidentally in the Tower of Siloam? (Photograph: Patrick Comerford)

We have arrived at the Third Sunday in Lent, we are almost half-way through Lent. By now, at this half-way point in Lent, we probably need encouragement and affirmation.

Encouragement and affirmation are found in good measure in our readings this morning. But these readings also urge us to hunger and thirst for the real food and drink that God offers us.

Our Old Testament reading (Isaiah 55: 1-9) tells us God is to be found among all who seek him:

Seek the Lord while he may be found,
call upon him while he is near … (verse 6).

In the Psalm too (Psalm 63: 1-8), we hear what it is to thirst for the Lord. But the same mouths that thirst for God in the wilderness, also praise him with joyful lips.

Emphasising the spiritual without understanding the world we live in leads to us being irrelevant. On the other hand, actively doing good, without any deep and truly spiritual foundations, leads to burn-out and disillusion.

In a tribute to Justin Kilcullen, the former director of Trocaire, at the honorary conferrings at the Pontifical University in Saint Patrick’s College, Maynooth, two weeks ago [12 March 2019], Bishop John Kirby said many people ask why we are relatively prosperous in Ireland, while so many people live in poverty.

But, he said, we need to realise instead that we are relatively prosperous in rich countries in the northern hemisphere precisely because so many people live in poverty and hunger and thirst in the two-thirds world.

Of course, we are called to hunger and thirst for righteousness (Matthew 5: 6). But wishing is not enough. Christ reminds us in our Gospel reading that we are called to bear fruit too … and he is patient in waiting for faith to produce fruit.

In the middle of the economic crisis in Greece, the Greek Prime Minister accused other European leaders of failing to put compassion into action, and warned of the danger of Greece becoming ‘a warehouse of souls.’

These thoughts are interesting preludes to our Gospel reading (Luke 13: 1-9), where we hear of the chilling and horrific deaths of two groups of people that made headline news at the time.

We all know that people often ask why God allows bad things to happen to good people.

In this reading there are two examples. In the first case, it was Galileans at prayer in the Temple who were slaughtered in their innocence, and who then, sacrilegiously, had their blood mixed with the Temple sacrifices.

In those days, it was a common belief that pain and premature death were signs of God’s adverse judgment. We think like that today: how often do people think those who are sick, suffer infirmities, have injuries, die because they cannot afford health care? They do not die because they cannot afford healthcare – they die because governments prefer to spend money on weapons and wars or in giving tax breaks to the rich, rather than spending money on health care for those who need it.

The first group in this Gospel reading, a group of Galileans, from Christ’s own home province, believed they were doing God’s will as they worshipped in the Temple. But they were killed intentionally as they sacrificed to God in the Temple. Even in death, they were degraded further when, on Pilate’s orders, their blood was mixed with the blood of the Temple sacrifices.

The second group in the Gospel reading, numbering 18 in all, were building workers who were killed accidentally as they were building the Tower of Siloam.

Think of our horror today at people who die accidentally, not because of their own mistakes or sinfulness: people who die daily of hunger and poverty; children born to die because they are HIV +, because their parents live in poverty, or other circumstances not of their choosing; children who die in treacherous sea crossings in the Mediterranean …

How easy it is to talk about ‘innocent victims’ – of wars, of AIDS, of gangland killings – as though some people are ‘guilty victims’ who deserve to die like that anyway.

But in both cases in our Gospel reading – in all these cases – Christ says no, there is no link between an early and an unjust death and the sins of the past or the sins of past generations.

My compassion is the victim of my hidden values, and so others become the victims.

Is Christ indifferent to political and environmental disasters?

Instead of meeting those expectations, Christ teaches that death comes to everyone, regardless of how sinful I am, regardless of my birth, politics or social background, or – even more certainly – my smug sense of religious pride and righteousness. And he goes on to teach how we each need to repent – even when, in the eyes of others, we do not appear to need repentance.

It is so tempting to excuse or dismiss the sufferings of others. To say they brought it on themselves offers us an opt-out: we can claim to have compassion, but need not respond to it, nor need to do anything to challenge the injustice that is the underlying cause of this suffering.

Yet, in the parable of the fig tree, we are called on to wait, we are urged not to be too hasty in our judgment on those who seem in our eyes to do nothing to improve their lot.

It makes logical, economic and financial sense for the owner to want to chop down the fig tree – after all, not only is it taking up space, but it also costs in terms of time, tending, feeding, caring and nurturing. The owner knows what it is to make a quick profit, and if the quick profit is not coming soon enough he wants to cut his losses.

It takes much tender care and many years – at least three years – for a fig tree to bear fruit. And even then, in a vineyard, the figs are not a profit – they are a bonus.

Even if a fig tree bears early fruit, the Mosaic Law said it could not be harvested for three years, and the fruit gathered in the fourth year was going to offered as the first fruits. Only in the fifth year, then, could the fruit be eaten.

The gardener, who has nothing at stake, turns out to be the one not only has compassion, but has deep-seated wisdom too. The gardener, who is never going to benefit from the owner’s profits, can see the tree’s potential, is willing to let be and wait, knowing what the fig tree is today and what it can do in the future.

But we can decide where we place our trust – in the values that I think serve me but serve the rich, the powerful and the oppressor, or in the God who sees our plight, who hears our cry, and who comes in Christ to deliver us. 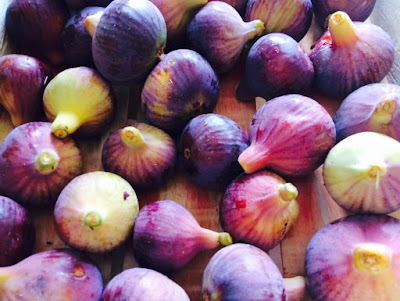 Figs on sale in a supermarket near Rethymnon in Crete (Photograph: Patrick Comerford) 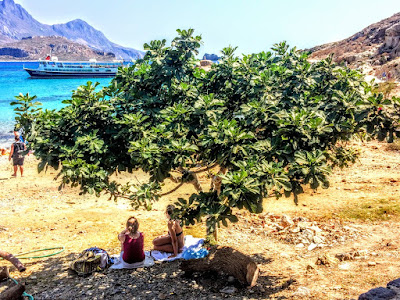 A fig tree growing in shallow soil by the beach on the island of Gramvousa off the north-west coast of Crete (Photograph: Patrick Comerford) 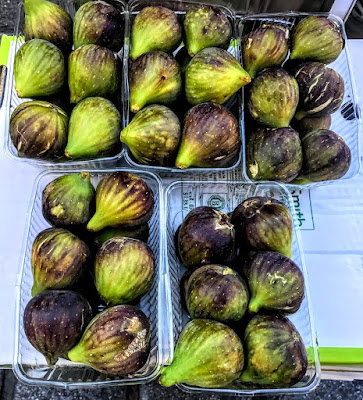 Figs on sale on a stall in Monastiraki in Athens (Photograph: Patrick Comerford) 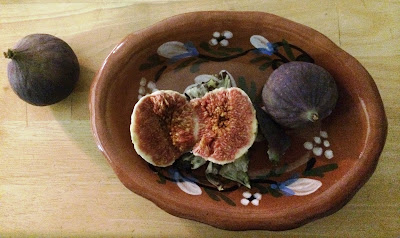