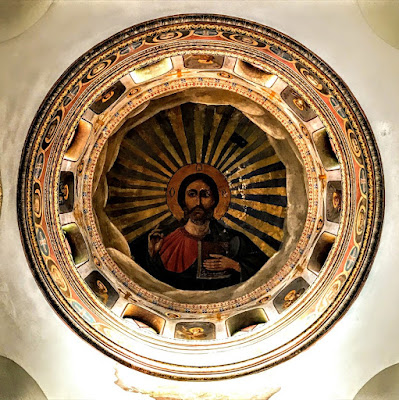 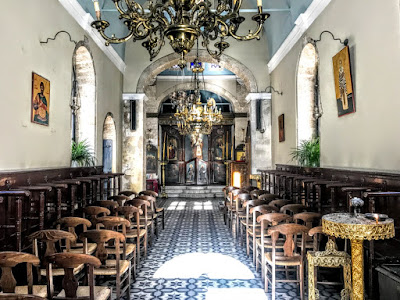 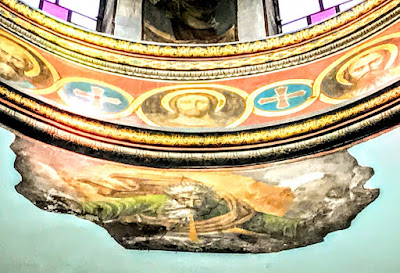 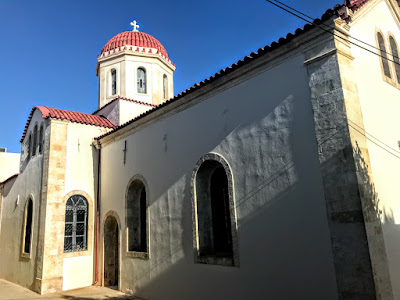 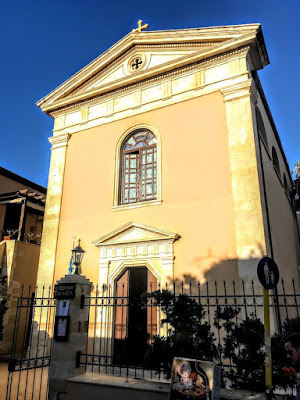 The Church of Saint Anthony of Padua on the corner of Mesolongíou Street and Salamínas Street in Rethymnon (Photograph: Patrick Comerford, 2018)

As I strolled through the streets of Rethymnon last night, one of the churches I visited was the Church of Saint Anthony of Padua, on the corner of Mesolongíou Street and Salamínas Street. This church is run by the Franciscan Capuchins and is the only Roman Catholic Church in Rethymnon.

After World War II, Saint Anthony’s church was sealed for many years, and was in a hazardous state of repair. It was renovated in 1982-1988 and restored to its former glory 30 years ago with the help of local people and foreign residents, mainly from Switzerland.

Today, the majority of visitors to the church are the thousands of tourists who visit Rethymnon between March and November. The church is open all day, every day, for visitors the church.

Saint Anthony’s Church is the town’s only Roman Catholic Church but it continues the traditional Franciscan link with Rethymnon. In the Venetian era, the most important church in the town was Saint Francis (Aghios Frangiskos), the church of the Franciscan Friary in the town.

This church, which stands on Ethnikis Atistaseos Street, is one of the most important examples in Crete of western European architecture, with its doorway, interiors, carvings and proportions. The elaborately – almost excessively – decorated ornate doorway is mainly Corinthian in style but includes the only example in Rethymnon of compound capitals.

Saint Francis church was used as an imaret or poorhouse during the Turkish period. In the 1920s, it was used to shelter Greek refugees from Anatolia. In more recent years, it contained a number of shops, and then until 1996 it was used as an exhibition centre for the local city council. 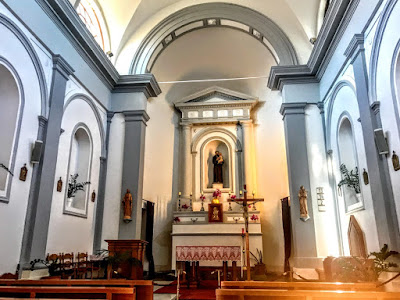 Inside the Church of Saint Anthony of Padua in Rethymnon (Photograph: Patrick Comerford, 2018)