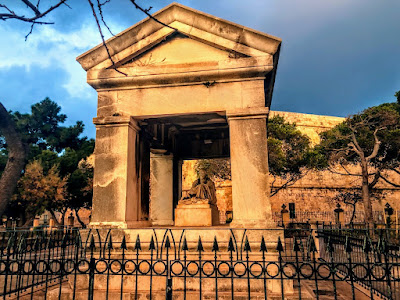 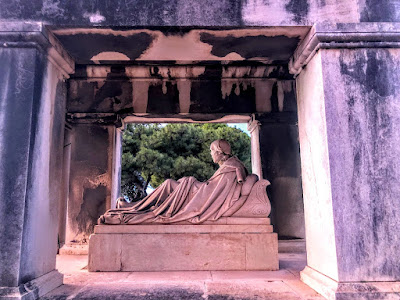 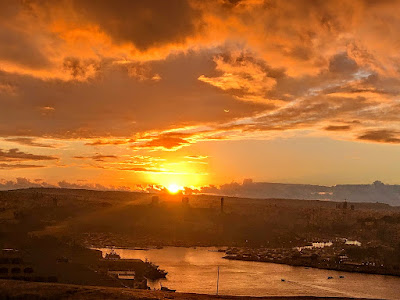 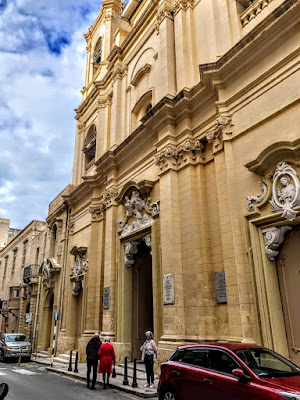 Saint Wistin’s Church, Valletta … designed for the Augustinians by Girolamo Cassar, the architect and resident engineer of the Order of Saint John (Photograph: Patrick Comerford, 2022)

I was in Valetta last week, where it seems as though every street – or every second street – inside the walls of the capital of Malta, is named after a saint. I have recorded a school assembly talk for this morning, but I am in Dublin today for a dental appointment and I have meetings later in the day of a number of Church committees involved in interfaith and ecumenical work.

However, before a busy day begins, I am taking some time early this morning for prayer, reflection and reading.

This week, I am continuing to reflect on saints and their association with prominent churches or notable street names in Malta, which I visited last week. This morning (24 January 2022), I am looking at the saint behind the name of Saint Wistin’s Church in Valletta.

Saint Wistin is not some Anglo-Saxon or northern European saint, as I first imagined. Instead, Saint Wistin is the Maltese name for Saint Augustine of Hippo, and he gives his name to Saint Wistin’s Church (il-Knisja ta’ Santu Wistin), a new church built for the Augustinians at the creation of the new city of Valletta in the 16th century.

The foundation stone of the church was laid in 1571 and the church was designed by Girolamo Cassar (ca 1520-ca1592), the architect and resident engineer of the Order of Saint John or the Knights of Malta. Saint Augustine Hall, beside the church, is part of Cassar’s original plan.

Cassar was admitted into the Order of Saint John in 1569. He was involved in building Valletta, initially as an assistant to Francesco Laparelli, before taking over the project himself. He designed many public, religious and private buildings in the new capital city, including Saint John’s Co-Cathedral, the Grandmaster’s Palace and the auberges. His son, Vittorio Cassar, was also an architect and engineer.

The church was rebuilt in 1765 to plans by Giuseppe Bonici. The present church was consecrated by Giovanni Maria Camilleri on 1 July 1906.

Artefacts from the first church that can be seen today include a 16th-century painting of the Augustinian Saint Nicholas of Tolentino by Mattia Preti.

In the first chapel on the left is a painting of Saint John of Sahagun (ca 1430-1479), a Spanish-born Augustinian saint. This painting is from the school of Mattia Preti and some of its figures are also depicted on the ceiling of Saint John’s Co-Cathedral nearby in Valletta.

Beneath this painting is a small painting of Our Lady of Grace, undated and unsigned, also from the first church.

The church is also known for its statue of Saint Rita. Her feast is celebrated in May with a procession with her statue through the streets of Valletta.

Saint Wistin’s Church became a parish church in 1968, and it is listed on the National Inventory of the Cultural Property of the Maltese Islands. 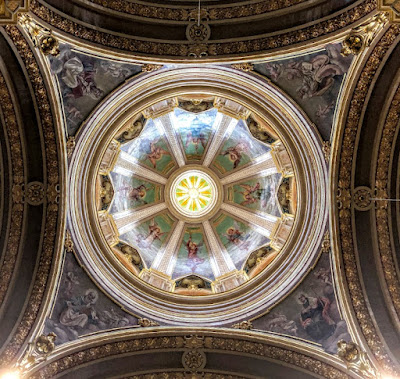 Inside the dome in Saint Wistin’s Church (Photograph: Patrick Comerford, 2022)

22 And the scribes who came down from Jerusalem said, ‘He has Beelzebul, and by the ruler of the demons he casts out demons.’ 23 And he called them to him, and spoke to them in parables, ‘How can Satan cast out Satan? 24 If a kingdom is divided against itself, that kingdom cannot stand. 25 And if a house is divided against itself, that house will not be able to stand. 26 And if Satan has risen up against himself and is divided, he cannot stand, but his end has come. 27 But no one can enter a strong man’s house and plunder his property without first tying up the strong man; then indeed the house can be plundered.

28 ‘Truly I tell you, people will be forgiven for their sins and whatever blasphemies they utter; 29but whoever blasphemes against the Holy Spirit can never have forgiveness, but is guilty of an eternal sin’— 30for they had said, ‘He has an unclean spirit.’

The Prayer in the USPG Prayer Diary today (24 January 2022, International Day of Education) invites us to pray:

Let us pray for teachers, professors and all those involved in educating children and young adults. May we care for them as they care for those they are educating. 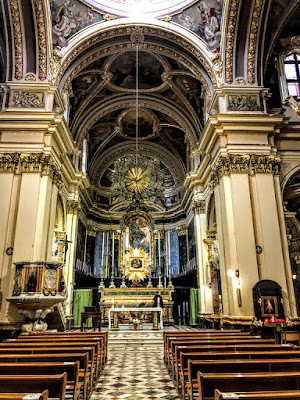 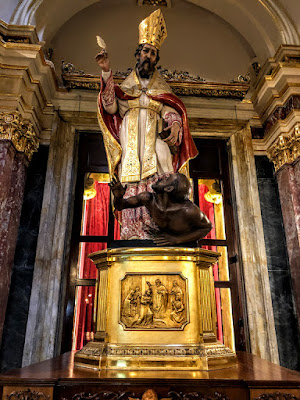