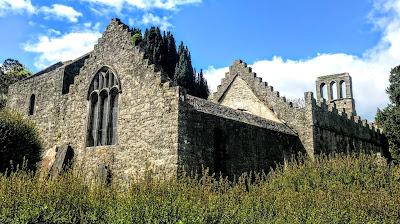 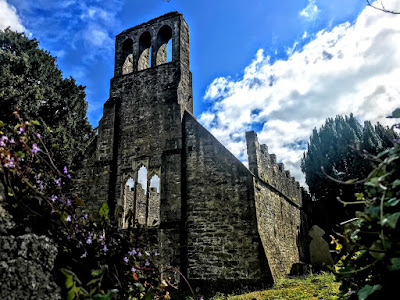 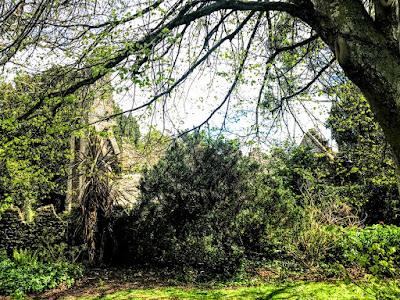 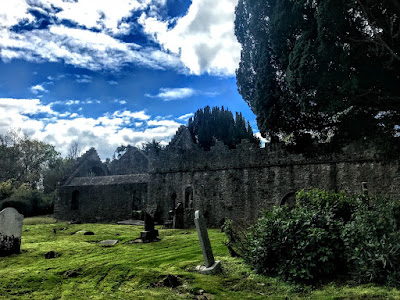 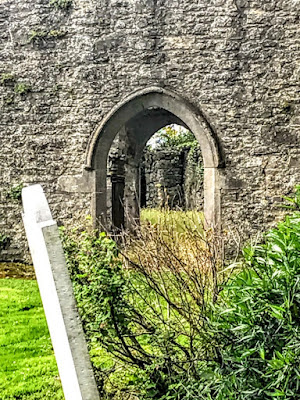 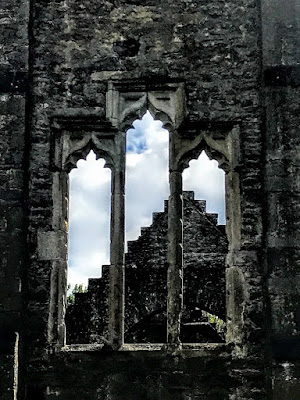 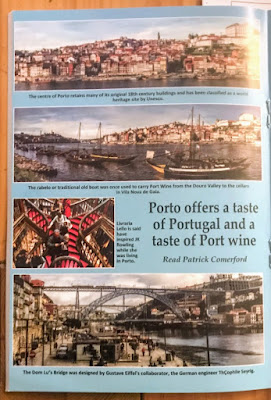 My column this month in two diocesan magazines – the Church Review (Dublin and Glendalough) and the Diocesan Magazine (Cashel, Ferns and Ossory) – discusses my recent visit to Porto in northern Portugal.

The magazines are available in churches throughout both united dioceses from tomorrow morning [5 May 2019].

The editor of the Diocesan Magazine, the Revd Patrick Burke of Castlecomer, Co Kilkenny, has selected four of my photographs from Porto for a centre-page spread in the magazine.

But more about Porto tomorrow afternoon …

At yesterday’s One Day International between Ireland and England at Malahide (Photograph: Patrick Comerford, 2019)

Summer must be near when I find myself enjoying the best part of a day watching Cricket. I had a ticket for yesterday’s One Day International in Malahide between Ireland and England, and although play was delayed for two hours in the morning, the threatened rain only came in light showers.

Despite Ireland’s defeat by four wickets, it turned out to be a very pleasant way to look forward to the beginning of summer.

I was never one of the ‘jocks’ at school, and I was never very good at any sports I tried to take part in. But I was happy to try, and happy to stand on sidelines, whether it was Soccer, Hurling, Rugby or Cricket.

As a schoolboy, we enjoyed street cricket and beach cricket, and through English boys’ comics I studiously learned the meanings of terms from Googly to Silly Mid On and Silly Mid Off with all the effort a boy needed to become fluent in a new language. Indeed, I still played Cricket with The Irish Times – badly, very badly – when I was in my late 30s.

I’m still a happy supporter of Aston Villa – even happier than expected at the moment, of Leinster Rugby, of the Wexford hurlers, and of Irish Cricket. I also enjoy rowing on the River Deel occasionally, although I had no-one to share my joys with when Cambridge won the boat race last month.

Moving to Askeaton two years ago taught me to take an interest too in the Limerick hurlers, and last year I got to lift both the Liam McCarthy Cup (on two occasions) and the Sam Maguire Cup in West Limerick. But celebrations were not as enthusiastic when it came to Limerick Cricket Club’s run to the 2018 National Cup Final.

It is hard to explain to friends who have little or no interest in Cricket that the game has a much wider appeal than they can imagine. Malahide is at the heart of north Dublin cricket, which spreads from Balrothery and Balbriggan through Skerries, Rush and Donabate to Malahide and Clontarf.

England’s captain Eoin Morgan began playing for the Rush Under-9s at Kenure, was first capped for Ireland at the age of 16. England’s seam pace bowler Tom Curran was born in Cape Town but also qualifies to play for Ireland. Ireland’s Boyd Rankin played for England before returning to Ireland in in 2016.

It is hard too to explain to the fans of other games the good atmosphere at Cricket matches. The Barmy Army was in fine form at Malahide yesterday, although their repertoire was limited to ‘Karma Chameleon,’ a hit for Boy George and Culture Club in 1983, Tony Christie’s ‘Amarillo,’ and one single rendition on a trumpet of ‘In the Bleak Mid-Winter’ – perhaps a reference to the threat of rain throughout the day rather than an act of piety – and a moving and well-choreographed rendition of Jerusalem, the real English national anthem.

Although I often say in jest that I am so tired after busy Sunday mornings I am fit for nothing better on a Sunday afternoon than to sit peacefully through Choral Evensong or to sit watching Cricket, there are, of course, links between piety and Cricket.

When I was working on doctoral research on Irish Anglican missionaries in South Africa, one of the people I came to know as ‘my missionaries’, Canon (William) Patrick ‘Pat’ Glyn McCormick (1877-1940), worked in the Transvaal in 1903-1910. His father, Canon Joseph McCormick (1834-1914), played Cricket for Ireland under the alias of J Bingley, the name of one of the schools he had attended, to disguise his participation from his parishioners in Dunmore East, Co Waterford.

Away from Cricket, McCormick was distinguished in other sports. He rowed in the Cambridge Boat in March 1856, helping to defeat Oxford in 22 minutes 45 seconds.

His son Pat McCormick played for Devon and had one first class match for MCC in 1907, and also played Rugby for Transvaal. He later succeeded Dick Shepherd as Vicar of Saint Martin in the Fields in London, and continued his work among the ‘down and outs.’ Another son, Joseph Gough McCormick (1874-1924) became Dean of Manchester, and also played with distinction for Norfolk 1899 to 1909, scoring four hundreds.

But how do I explain the pleasures of Cricket to those who refuse to understand it?

An amusing and entertaining explanation from the 1970s put it this way:

Cricket: As explained to a foreigner ...

You have two sides, one out in the field and one in.

Each man that’s in the side that’s in goes out, and when he’s out he comes in and the next man goes in until he’s out.

Sometimes you get men still in and not out.

When a man goes out to go in, the men who are out try to get him out, and when he is out he goes in and the next man in goes out and goes in.

There are two men called umpires who stay out all the time and they decide when the men who are in are out.