Poems for Lent (11): ‘Untitled (The Fallen Angels left all there),’ by Patrick Kavanagh 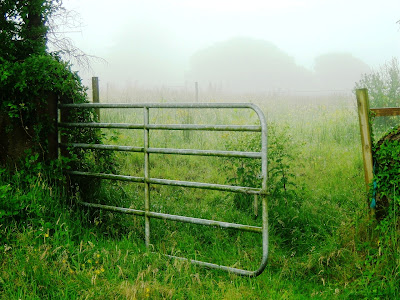 ‘Christ and His angels are around/ In primroses in daisies, in the east wind …’ (Photograph: Patrick Comerford)

My choice of a Poem for Lent this morning is a poem by Patrick Kavanagh (1904-1967), one of Ireland’s most popular poets of the 20th century, whose popularity endures almost half a century after his death. More than half of his poems are imbued in one way or another with his Christian faith, in one way or another. Kavanagh said himself that “poetry has to do with faith, hope and sometimes charity.”

Kavanagh’s understanding of redemption is expressed in the language of spiritual rebirth, and redemption is interwoven symbolically with the thread of innocence – a recurring leitmotif of his religious sensibility. But Kavanagh’s celebration of redemption is never attempted through “Easter” poems. In his one indirect allusion to the Resurrection, he writes that after Calvary

Men were afraid
With a new fear, the fear
Of love. There was a laugh freed
For ever and for ever. (‘Lough Derg,’ 1942)

However, he does not explore the mystery of the Resurrection in his poems. Instead, his thoughts on redemption depend on a tension between the creational and the incarnational presence of God in our world and the event of Calvary.

In this untitled poem, Kavanagh recalls Lent in rural Monaghan in the late 1940s, when there was a strong emphasis on abstinence and enforced restrictions on social activities.

The cat’s refusal to understand what may or may not be eaten is a metaphor for minute details of the fasts and abstinences imposed even on children in Lent. He gives us an image in which

There hints of the approaching Good Friday in “the unawakened poplar ,” the “motionless trees” and the young boy’s “roped gallows.” But there are hints too of the coming Easter in the “secret eggs” and the Spring promise that

Christ and His angels are around
In primroses, in daisies, in the east wind.

And he ends by telling us that this Easter promise, which we look forward to during Lent, is the promise of eternal life.

Untitled (The Fallen Angels left all there) by Patrick Kavanagh

The Fallen Angels left all there
And hid from God under the laurels
Till the trouble passed; the war over.
Eden was their own forever
If they did not become bold
Coming into the open, to argue, to scold.

The outsiders are always waiting
For some kinsman of the House to unlock the door
Businessmen, politicians they know
That mystery works but is not in their taking.

The outsiders are always asking
Why this is and that is:
Birthplace of what had no father,
Name of sister, name of brother,
The schools to which an idea went –
How many hundred pounds were spent?
How many miles to Babylon?
The wheat is green on
This sidey hill – walk back-ways up it.
There’s a primeval plain to the south,
There’s a flashing river-mouth.
There’s virgin soil – no flesh hand can crop it.

A woman is washing potatoes for the dinner
And the stick she churns the water with is white
And you must not require to understand
But be the virgin surrendering to the delight.

An old man opens a garden gate and looks
Among the stumps of winter cabbages
Through the unawakened poplar he lifts his glance
To watch a train go by drawing marvellous carriages.

And he wonders if on his eyes it is
A cataract’s delusion. A tin-can rings
On the flag-stones of a well that’s running low
And a townland drinks from love’s unreasonable springs.

An eight-bull harrow is thrown from a cart
On to a black ridge by a young man who whistles –
He stops to ponder over something mislaid
And questions a self that is too alive to listen.

A girl is leaning over the handle-bars
Of her bicycle and talking through a hedge
To a woman who is searching in the nettles
With a long pot-stick for the turkey’s secret eggs.

A donkey is trying to open Rooney’s gate
To get his daily feed from the pit of mangolds
But the chain is twisted once too many round
The post and all he gets is rusty jangles.

Chickens on a kitchen floor,
White wyandottes like powder-puffs,
Meaning nothing meaning most –
“Come, come” their mother calls severely,
“A raw potato is good for you”
They gather round. Her commentary
Is a deep important bass.
The cat sneaks past, screwing his nature
To a denial of all his race.
Why should sin
Be the pleasure in the bite
Of day-old chickens when a sparrow
Can be eaten in daylight?
To eat a mouse is virtue,
To eat
A chicken is to be
Kicked out into the infernal street.

Day passes by the front window round by the stables
Like a neighbour coming to borrow a graip or a spade
Or to see how the farrowing sow is getting on
Today he is a little taller than he was yesterday
And a little brighter of the eye.
Now is gone
Round by the end of the boiler-house, shining on the west gables.

Girls linked in threes like factory workers
Waltz on the long evening roads of Lent
Dreaming of after-Easter when the dance-hall
Will be the womb of their world – of blocked cement.
A coloured paper placenta sticky with sweat
Will fold close the embryo of a generation.
See, there’s Pat the Gent
Letting his cow to a bull! The girls stand
Upon the grassy bank of a fence and one holds a briar
That cuts the vision in two aside with her hand.

A boy who has not smoked or sinned
For nearly forty nights and days
Walks to the village with his head in the air
Christ and His angels are around
In primroses in daisies, in the east wind.
His boots are white
With dried clay. His feet
Are sore from tramping pointed arrises
His shoulders are tired from carrying a sowing sheet
And galled under his roped gallows.
But in the still clouds, in the motionless trees
In the football that that schoolboy is pumping, holding it between his knees
Profound wisdom is spoken for easy consciences.
He does not speak to the girls, he does not see them
He only sees what’s unmortal. He does not care
If this moment outside time he has lived in
Should be in time hereafter time’s despair.