A short overnight
visit to Lichfield 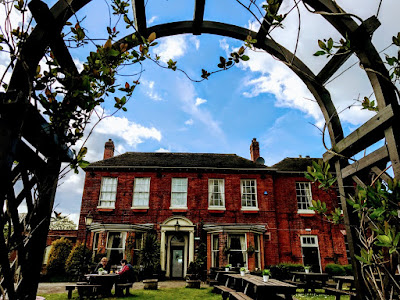 The Hedgehog Vintage Inn on the northern fringes of Lichfield … here for a shrt overnight visit (Photograph: Patrick Comerford)

I am back in Lichfield for a very short and quick visit.

I arrived early this afternoon after a late morning flight from Dublin and Birmingham, and I am staying at the Hedgehog Vintage Inn on Stafford Road for just one night, before returning late tomorrow.

I am being taken to a special celebratory dinner tonight, and during this short visit I hope there are opportunities too to meet friends, to visit Lichfield Cathedral, the Chapel of Saint John’s Hospital, which I have seen as my spiritual home since I was a teenager, and to visit some bookshops – perhaps there may even be time for a walk in the countryside along Cross in Hand Lane.

Earlier this week, I prepared a posting for clergy and readers in the Diocese of Limerick, Killaloe and Ardfert that includes liturgical and preaching resources for Holocaust Memorial Day, which is being commemorated on Saturday [27 January 2018]. So, I am interested to see that at the weekend Lichfield Cathedral is joining the national remembrance for people who suffered in the Holocaust and subsequent genocides, including those in Cambodia, Rwanda, Bosnia and Darfur.

There will be a service to mark Holocaust Memorial Day in the cathedral on Sunday [28 January] at 5 p.m. Then, on Monday [29 January], the cathedral is hosting an event for Sixth Formers and Year 11 students on the Holocaust and other genocides, featuring a presentation from the author Ruth Barnett, who arrived in Britain from Germany in 1939 on the Kindertransport.

Lichfield Cathedral is also hosting a lecture on the history and context of the Holocaust and there is a showing of the film Schindler’s List in College Hall in the Close. Both events are free, but booking is essential.

This is my first return visit to Lichfield this year. I was last here for another brief visit at the end of November, but I hope to be back again in April a short visit when I have been invited to speak at Lichfield Civic Society as part of its programme of public lectures this year [2018]. 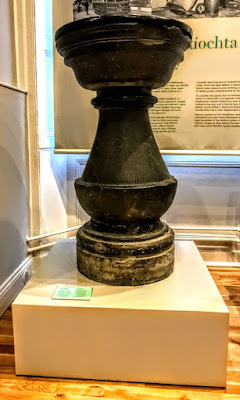