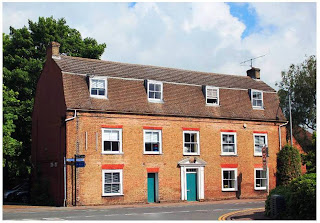 The new home for the Institute for Orthodox Christian Studies at 25-27 High Street Chesterton, Cambridge

The agreement was concluded on 7 February 2013, and the IOCS is moving work-stations and library from the present, rented premises in Wesley House on Jesus Lane to the new house, which has been named Palamas House.

The IOCS Library has been closed for about a fortnight, and the Principal and Administrator, Professor David Frost, has apologised for the disruption to working-arrangements.

He has said to a letter to facultrty, students and friends: “When we are fully settled we expect to celebrate by a service of thanksgiving and a formal procession to take possession. We are aiming for a date in April and will issue general invitations to all our friends. We are especially grateful to those whose generosity has made possible the acquisition of a building that is in every way ideal for our present and future purposes.”

Meanwhile, the IOCS is finalising details for its 14th International Summer School in Cambridge later this year. The summer school returns to Sidney Sussex College this year, and runs from 14 to 19 July.

www.iocs.cam.ac.uk/summer_school_payments.html (with secure payments through WorldPay)

Further details are available from: 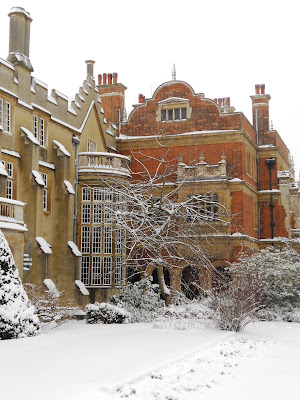 Posted by Patrick Comerford at 18:49 No comments: 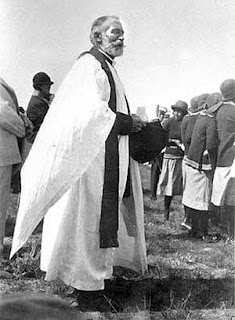 The Revd Dr John Roberts (1853-1949), who is commemorated in the Calendar of the Episcopal Church (TEC) today [25 February] was a priest from Wales and a mission worker among the Shoshone and Arapahoe people in Wyoming, where he worked tirelessly from his arrival in 1883 until his death in 1949.

John Roberts was born at Llewerllyd Farm, Dyserth, Flintshire (now in Denbighshire) on 31 March 1853, the son of Robert Roberts and Elinor (nee Roberts). He was educated at Rhuthun Grammar School and then went to Saint David’s College, Lampeter, which was then affiliated to Oxford University. He graduated with BA in 1876, and in 1878 he was ordained deacon in Lichfield Cathedral by George Augustus Selwyn, Bishop of Lichfield. 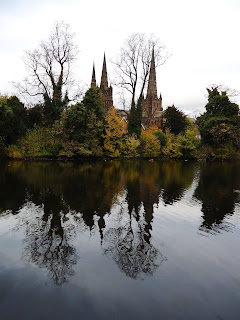 For a short time, John was a curate in Dawley Magna, Shropshire, but he left for the Bahamas in 1878, and was ordained to the priesthood there by Bishop Francis Cramer Roberts that year. He served in the Bahamas for two years as chaplain of Saint Matthew’s Cathedral, Nassau, and working in leper colonies.

On a visit to New York in 1880, he contacted Bishop John Spalding, the missionary bishop of Wyoming and Colorado, asking for work among Native Americans.

Bishop Spalding sent John Roberts to serve in Colorado initially. In February 1883, he hitched a ride from Colorado to Wyoming on a jury-rigged mail wagon, in a blizzard. There he began working among the Shoshone and Arapahoe Indians in the area that is now the Wind River Reservation.

He learned the languages of both tribes and made extensive notes on vocabulary that proved invaluable to later generations of scholars.

John Roberts shared his work with Laura Brown, a wealthy woman he had met while serving in the Bahamas. They married on the day of her arrival in Wyoming, Christmas Day 1884. Together they had six children, five of whom survived the harsh conditions, all of whom learned the native languages as well as English.

In 1887, after building trusting relationships with the people, the Shoshone chief granted land to John on which to build a mission school for girls to complement the nearby government school for boys. In addition to the mission school, he was responsible for starting congregations in almost a dozen locations.

Unlike other missionaries who sought to change the culture and lifestyle of Native peoples as a sign of their conversion to the Christian faith, John Roberts believed it was important to preserve the language, customs, and culture of the people. Roberts sought to honour and respect the ancient ways of the Native peoples while at the same time proclaiming the Gospel among them, inviting them to faith, establishing congregations, and serving their needs in the name of Christ.

John Roberts often said the object of his work among the Indians was to make them self-supporting. With this in mind, he established two schools, the Indian Boarding School at Fort Washakie and the Shoshone Indian Mission Boarding School.

He cultivated friendships with tribal leaders, including Chief Black Coal and Chief Washakie, whom he later baptised. He earned the trust of the tribal leadership and was often involved in their negotiations with the agents of the federal government.

The Indians rewarded Roberts for his fairness in dealing with them by giving him the name “Elder Brother.”

He also ministered to the non-natives of the state, establishing Episcopal churches in towns across Wyoming. He retired from active missionary work in 1921 but continued to live on the reservation.

John Roberts was given several honours for his pioneering work and his untiring efforts in teaching. In 1932, he was awarded a Doctorate of Laws in Wyoming and a Doctorate of Divinty at Evanston, Illinois. In 1933, in honour of both John and Laura Roberts, the flag of Wyoming was presented to the great choir of the National Cathedral in Washington.

Laura died in 1941, and John died in 1949 at the age of 97. His letters and papers were collected by their daughter Eleanor and placed in the Western History Archives at Wyoming University.

John Roberts lived into his call as a priest of the high mountains, the forgotten people, the dry and desolate places – in Lent, these images are appropriate parallels with the time Christ spent in the wilderness, fasting, praying, and be as transparent as he could to the will of the Father. John Roberts went to the wilderness to seek and serve Christ in all people.

Creator God, we thank you for bringing your missionary John Roberts from his native land to live and teach your Gospel in a spirit of respect and amity among the Shoshone and Arapahoe peoples in their own language; and we pray that we also may share the Good News of your Christ with all we meet as friends brought together by your Holy Spirit; for you are one God, Father, Son, and Holy Spirit, living and true, to the ages of ages. Amen.