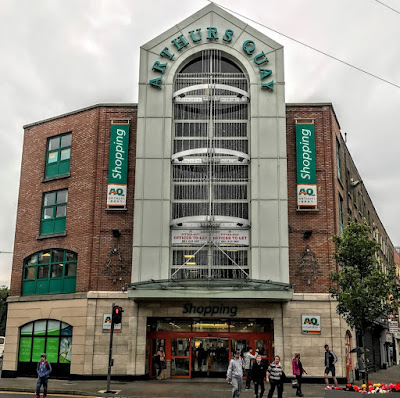 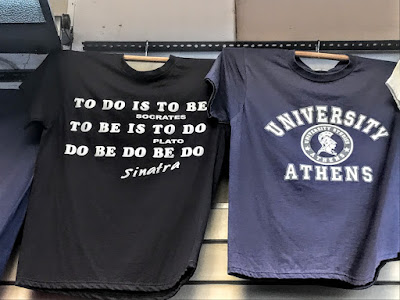 The earliest version of this piece of philosophical wisdom appeared in the Dallas Morning News in Texas in January 1968. According to the columnist Paul Crume, it began as the work of three different people working in a warehouse in Richardson, Texas: The way to do is to be – Lao-tzu, Chinese philosopher The way to be is to do – Dale Carnegie Do be, do be, do – Frank Sinatra Joe Griffith, a real-estate agent, placed an advertisement in a South Carolina newspaper in 1969 that changed the order and switched one of the attributions from Lao-tzu to Socrates: To be is to do – Dale Carnegie To do is to be – Socrates Do be do be do – Frank Sinatra A columnist in The Times in London claimed in January 1973 that a version of the slogan was first spotted by a reader in the men’s loo in Cambridge University Library. A few days later it said an earlier version had been found in the Guggenheim Museum in New York. A decade later, in his novel Deadeye Dick (1982), Kurt Vonnegut Jr offered a different version and variation: To be is to do – Socrates To do is to be – Sartre Do Be Do Be Do – Sinatra But the order of the slogans changes over the last half century, and the attributions change too, drawing in a variety of philosophers, including Dale Carnegie, Socrates, Plato, Aristotle, Jean-Paul Sartre, Albert Camus, Immanuel Kant, John Stuart Mill, William James, William Shakespeare and Bertrand Russell. But the punchline continued to be ascribed to Frank Sinatra. Of course, on T-shirts in Athens the three great Greek philosophers – Plato, Socrates and Aristotle – squeeze out all their competitors. However, Artistotle has more letters in his name and costs more to print, which probably explains why he loses out to other two on Greek T-shirts. But even Frank Sinatra’s words are open to questioning. When you listen to his hit song, is he singing ‘Do Be Do Be Do’? Perhaps he is singing ‘Do De Do Be Do.’ Or perhaps he is singing ‘Scoo be doo be doo.’ It’s a 50-year-old conundrum, and it’s one that leads to late-night questions all over Ireland when the ubiquitous inebriated uncle gets up to sing at weddings. All of us have been there. But I have bought the T-shirt. I bought it in the Plaka when I was in Athens last weekend.
Posted by Patrick Comerford at 06:30 No comments: