Two days by the lakes and in the mountains 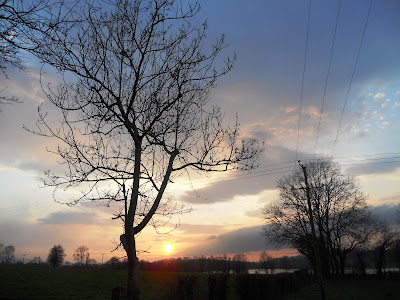 Sunset near Bellanaleck,Co Fermanagh, at the end of the day (Photograph: Patrick Comerford, 2012)

I woke shortly after 2.30 this morning to a stream of silver moonlight pouring through the bedroom window. Still half asleep, I moved to the window and gazed upon a half-moon in a clear, star-filled night shining on Lower Lough Erne.

It was a pleasure I could not have planned. Room 121 in the Lough Erne Resort hotel looks out onto the lake. On another night, there might have been a full moon, but a sky filled with clouds; a clear sky but a new moon; or I could have found myself in a room without a lake view.

I don’t know how long more I sat there in the moonlight. But it was one those moments that is impossible to create or to repeat, but a blissful memory that shall remain.

I have spent the past two days on the banks of Lough Erne, enjoying the lakes and shores of Co Fermanagh, exploring the hills and mountains, and enjoying the pleasures of strolling around Enniskillen. 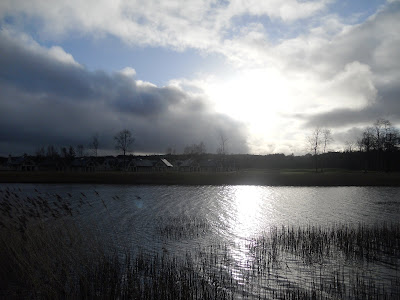 Yesterday afternoon, I strolled around the shores of the lake on pathways that wind their way through the award-winning, Nick Faldo-designed golf course. I have no interest in golf, and I recalled how Mark Twain once said: “Golf is a good walk spoiled.”

But golf did not spoil that afternoon walk. There were gentle climbs to low hills with views across the lakes. There were trees with posted request to be silent because of the nesting bats. There were swans and moorhens and mallards in the water and the reeds below. A jetty here, over there a wooden bridge to be crossed. 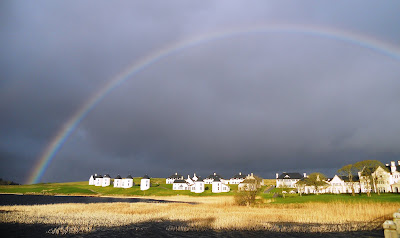 And then, as the sun lowered and sent glittering shivers across the waters, a complete rainbow burst through the grey clouds behind the lough-side lodges and arcing above the hotel. Why, it was only last Sunday that the Old Testament reading reminded us that the arc was placed in the skies as a reminder of God’s covenant with all living creatures.

Later, dinner in the Catalina Restaurant in the hotel brought the evening to a close.

After a late breakfast this morning, two of us drove west, close to Belcoo and Blacklion, to see the Marble Arch Caves and the Global Geopark, in the foothills of the Cuilcagh Mountains on the Fermanagh/Cavan/Leitrim borders. We arrived too early – the caves are closed until 17 March – but after thousands of years of formation, I’m sure the caves can wait a longer for another visit. 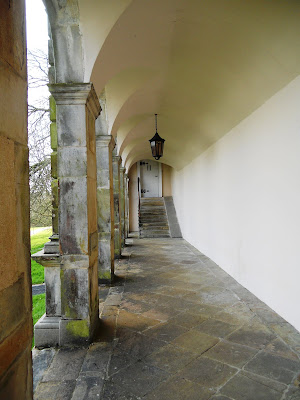 Florence Court, once home to the Cole family, Earls of Enniskillen, is now owned and managed by the National Trust (Photograph: Patrick Comerford, 2012)

Back on the road to Enniskillen, we stopped to look at Florence Court, the 18th century house and estate was the seat of the Earls of Enniskillen until 1953.

The house was closed to visitors today – sadly, because it is known for its exquisite rococo decoration and fine Irish furniture, with many of original items of furniture once owned by the Cole family.

But we still strolled through the Palladian wings on either side of the house, out onto the lawns in front of the house, down as far as the ha-ha that keeps the cattle and sheep at a distance, and then into the walled garden. 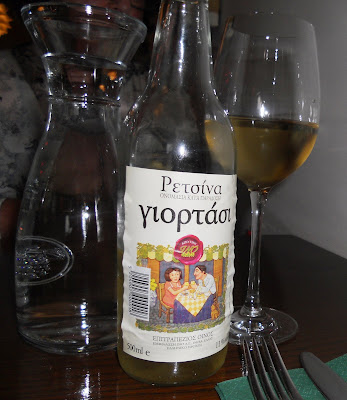 A taste of Greece in Dollakis in Enniskillen on Friday afternoon (Photograph: Patrick Comerford, 2012)

Between us we had Grilled Seafood Souvlaki, marinated in Chilli with Greek Potatoes and Greek Salad, and a Pikilia Platter, with Dolmades, Spanakopita, Olives, Greek Chillies with a selection of dips and pita bread, washed down with true Greek retsina, and followed by Greek coffees and a very generous helping of baklava. They also offer what sound like interesting “Mezze Nights” with Greek wines and spirits included. I must return.

On the road out from Enniskillen, before we reached Bellanaleck, the sun was setting behind the Cuilcagh Mountains to the west. We drove on through Cavan and Virginia – I’m back in this part of Ireland at the end of next week.

Posted by Patrick Comerford at 23:26 No comments: 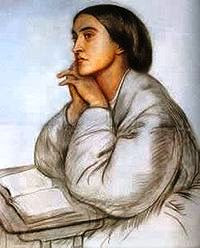 My choice of a Poem for Lent this morning is ‘Lent,’ a short poem written about 1886 by the English poet Christina Georgina Rossetti (1830-1894).

We are more likely to associate Christina Rossetti with Christmas rather than Lent because her poem ‘In the Bleak Midwinter’ has become one of the best-loved and most popular Christmas carols.

It is good to be last not first,
Pending the present distress;
It is good to hunger and thirst,
So it be for righteousness.
It is good to spend and be spent,
It is good to watch and to pray:
Life and Death make a goodly Lent
So it leads us to Easter Day.