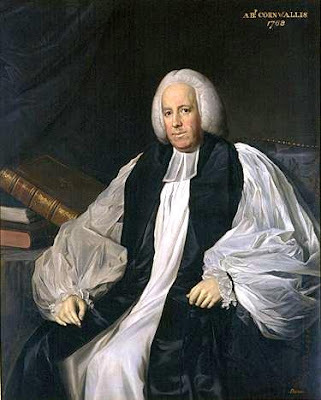 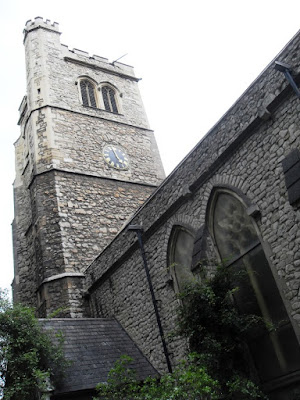 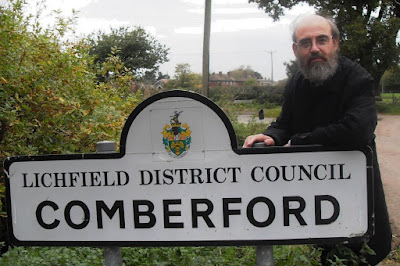 After a busy Lent, Holy Week and Easter, I am back in Lichfield today for a few days. I arrived early this afternoon after a mid-morning flight to Birmingham, and I am staying in the Hedgehog Vintage Inn, on the northern edges of Lichfield, at the corner of Stafford Road and Cross-in-Hand Lane.

I have stayed many times in the Hedgehog in recent years. Some years ago, shortly before I arrived back in Lichfield, I received an email from the team here that said: ‘Welcome to your new rural retreat.’

It is an insightful description of the way I have benefitted in recent years from my stays at the Hedgehog, with its rural charm and rustic character yet close to Lichfield Cathedral.

Over the next few days, I hope to meet up with some old friends and family members, to enjoy some walks in the countryside between Lichfield and Farewell, by Stowe Pool and Minster Pool or Beacon Park, to stroll along Beacon Street into the Cathedral for some of the daily services, and to visit the chapel in Saint John’s Hospital.

This is a time to be fed spiritually after a busy season that has included 13 services over eight days in six churches. But this is also a time to relax and recharge my batteries in a place that I have seen affectionately as my spiritual home for the past 46 years.

There may even be time this week to visit Comberford, between Lichfield and Tamworth, or the Moat House in Tamworth, or to walk around the Roman ruins at Wall once again.

I am looking forward too to browsing in some of the bookshops and to meals in some of my favourite restaurants.

Tomorrow evening, we are having a big family reunion, with cousins and extended family coming to dinner.

‘Make yourself at home,’ that recent email from the Hedgehog said.

Yes, it is good to be back. 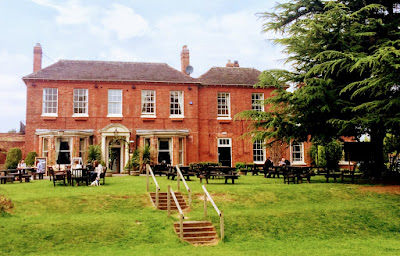 ‘Welcome to your new rural retreat’ … the Hedgehog on Stafford Road in Lichfield (Photograph: Patrick Comerford) 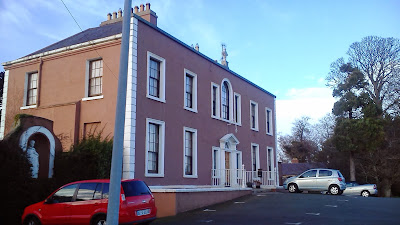 Luisne, originally built as Darraghville ... the spirituality centre in Kilcoole is now on the market (Photograph: Patrick Comerford)

I see in the property sections in the national newspapers that Luisne, an old house that is home to a centre for spirituality about a mile north of Kilcoole, Co Wicklow, is now on the market.

This once elegant historic house stands on 52 acres of beautiful unspoilt Wicklow countryside, with a gate lodge, former schoolhouse and two walled gardens.

For more than a decade, this house has been home to the Luisne Spirituality Centre, which was established in 2004. But the presence of the Holy Faith community dates back to the 1890s, and the house is a century older.

The Holy Faith Sisters bought Darraghville in 1894 and opened new schools, including a junior boarding school for boys in 1898, where the more famous pupils included the comedian Jimmy O’Dea.

The ministry of the Luisne Spirituality Centre began in 2004, and the estate is still farmed and used for grazing livestock. However, the Holy Faith Congregation can no longer afford to fund the Luisne Centre. In recent years, there were discussions about setting up a charitable trust to manage Luisne in the years to come so it can continue and expand.

Open and without walls, Luisne has described itself as ‘a contemporary monastic settlement inspired by the early monasteries and the scientific revelation that all life is intimately interconnected and richly diversified.’

Now, it seems, the efforts to save Lusine have come to an end, and the house and lands are on the market through WK Nowlan Real Estate Advisers, with an asking price in excess of €775,000.

The original house, Darraghville, was built by John Darragh, a former lord mayor of Dublin, ca 1782, on lands first leased from the Gardiner family, Earls of Blessington and Viscount Mountjoy – they gave their name to Gardiner Street, Mountjoy Square, Blessington Street and other Georgian streets in Dublin.

Darraghville is a two-storey over basement, five-bay, Georgian residence, with a projecting semi-hexagonal bay to the west, parapet hipped roof to the east, and treble-hipped ‘A’ roofs to the west. There are Venetian windows with sidelights feature on the two principal façades.

The house retains many of its original features, including decorative plaster ceilings, stone flooring, vaulted basements, and staircases and woodwork of architectural importance. The façade was brickwork, but is now concealed behind painted render. The three-storey extension to the north probably dates from the mid-19th century.

Photographs from the 1870s record the resplendent grandeur of a lower walled garden with an extensive glassed greenhouse, tea-house and an ornamental bridge. The lower garden is now overgrown, but the walls and entrances remain, and it still features a meandering stream, the bridge base and the old tea-house, very much in need of restoration.

A second walled garden beside the house is well maintained. It may have had a tennis court and fruit trees originally, but is now a vegetable patch, with fruit trees and flower beds, as well as a small greenhouse.

John Darragh traded as a china and earthenware merchant on Lower Ormond Quay, Dublin. When his widow Mary died in 1799, the Darraghville estate passed to the Newton family, and George Newton built a new house on the site.

What does the future hold for this house? Property journalists are suggesting it could become a wellness-retreat centre, or a hospitality facility.

But I imagine it is more likely that someone is going to buy this part of Kilcoole’s history as a trophy home.