Selangor Pewter, how
a Malaysian tradition is
part of a Communion set 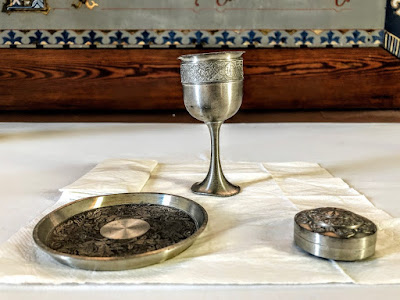 As the pandemic lockdown continues, I am celebrating the Eucharist on Sundays in a very limited setting, and using small Home Communion sets I have come to own over the past 20 years.

My first Home Communion set was a present at my ordination from Canon Norman Ruddock, Rector of Wexford, one of the people who nurtured and encouraged my sense of call to priestly ministry.

That Home Communion set came with a lengthy list of previous owners, almost like a list of ‘apostolic succession,’ and it seemed appropriate as I was leaving the staff of the Church of Ireland Theological Institute to pass it own to a student whose research and dissertation I had supervised, now a priest who I believe continues that priestly tradition.

But I have a number of other Home Communion sets that have come into my hands over the years, including pottery sets from Kinsale and Dingle, and a ceramic, Palestinian set, inscribed ‘Shalom’ in Hebrew that was a present in Rome and that is a symbol of peace and dialogue.

Some years ago, I came across another, pewter set in the window of an antique shop in Kilkenny. The shop owner was unsure of its provenance, and was unaware of its possible use as a Home Communion. This may not have been its original purpose, but whoever bought the three pieces obviously understood they could be used as a chalice, paten and pyx.

I found these three pieces again a few days ago and cleaned them up at the weekend.

What I believed to be a pyx is a hand-crafted pill box. On the underside, the inscriptions read: ‘A hundred years of excellence. Selangor Pewter. Celebrating a proud tradition of fine craftsmanship – Selangor Pewter – Malaysia’s gift to the world 1885-1985.’

Royal Selangor is a Malaysian pewter manufacturer and retailer based in Kuala Lumpur. From humble beginnings, Royal Selangor has become the world’s foremost name in quality pewter.

Yong Koon, a young pewter smith, arrived in Malaya in 1885 from the Chinese port of Shantou, with little more than a set of tools and a determination to succeed. That year, he began the Selangor pewter trade in his little shop called Ngeok Foh (‘Jade Peace’).

The main raw ingredient for pewter was tin which was abundant. Yong Koon handcrafted pewter objects mainly for ceremonial use, such as joss stick holders, incense burners and candle holders for altars of Chinese homes and temples. His pewter objects were polished with ‘stone leaf’ (tetracera scandens), a wild tropical leaf of a fine, abrasive nature.

With the arrival of British colonialism, the line expanded to include tankards, ashtrays and tea services. The brand was then known as Selangor Pewter.

Yong Koon’s sons carried on the business, but World War ll interrupted the supply of tin and only one son was able to keep his company in business.

After World War ll, Selangor Pewter made teapots, tankards and trinkets for expatriates and tourists that were sold in a small shop in Kuala Lumpur.

Poh Kon, a grandson of the founder, joined the firm in 1968, modernising production and expanding overseas, with exports first to Singapore and Hong Kong and then to Australia. The firm expanded into Europe and Japan in the 1980s.

The company was aware of the need to appeal to a wider clientele. The leading Danish designer Erik Magnussen was commissioned to design a range that would make an impact on the Western market, and the company has since commissioned Jamy Yang and other designers.

The world’s largest pewter tankard, according to the Guinness Book of Records, was made by Royal Selangor in 1985 to celebrate its centenary. It is displayed at Royal Selangor headquarters in Setapak, is 1.987 metres tall, weighs 1,557 kg and has a capacity of 2,796 litres. The tankard has travelled around the world, including Canada, Australia, Singapore and China.

The company changed its name to Royal Selangor in 1992 following its endorsement from Sultan Salahuddin, the Sultan of Selangor, and ‘pewter’ was dropped from the company name.

The story is told that in the late 1970s, the Sultan was travelling in Perth, Australia, when he visited a large department store with his entourage and was asked by the sales assistants where he was from.

Today, Royal Selangor offers over 1,000 tableware and gift items, from tankards and tea sets, to photo frames, desk accessories and wine accessories. The company has more than 40 shops worldwide, and exports to more than 20 countries, with retail outlets in London, Toronto, Melbourne, Sydney, Tokyo, Beijing, Shanghai, Hong Kong, Sydney and Singapore. Royal Selangor is found in outlets such as Harrods and John Lewis and is represented in five continents.

Royal Selangor is still managed by the fourth generation of the original family. And these curious pieces of Selangor pewter, a little battered and worn for age, have found a new purpose, transformed from serving secular airlines to serving a more sacred purpose that Yong Koon would have understood almost a century and a half ago. 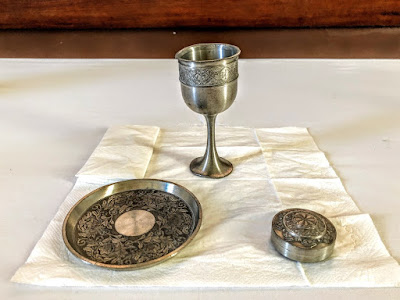 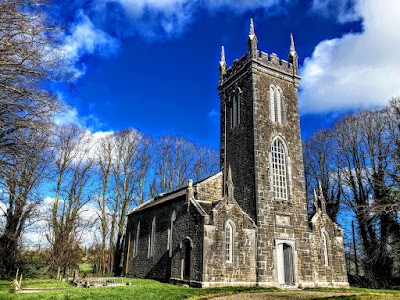 Castletown Church, Kilcornan, Co Limerick, one of the four churches in the Rathkeale and Kilnaughtin Group of Parishes (Photograph: Patrick Comerford)

This week I am offering photographs from seven churches in which I have served during my ministry. This morning’s photograph (22 February 2021) is of Castletown Church, Kilcornan, Co Limerick, one of the four churches in the Rathkeale and Kilnaughtin Group of Parishes, where I have been the priest-in-charge since 2017.

The Prayer in the USPG Prayer Diary today (22 February 2021) invites us to pray:

Let us pray that the God of peace might bring everlasting peace within our world. 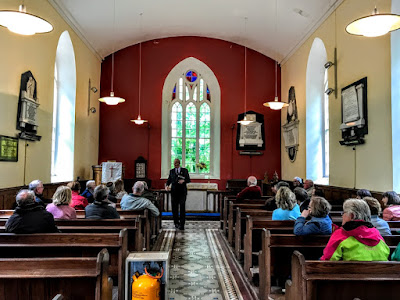