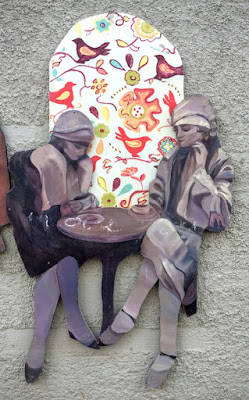 ‘The Restaurant at the End of the Universe’ is at ‘the place where many Carlovians have sat and enjoyed a bag of chips’ (Photograph: Patrick Comerford, 2016)

After two successive weekend visits to Carlow, one after another, I thought it would bring a smile to the start the working week with some images of street art in Dublin Street, Carlow.

Although Carlow Arts Festival took place three months ago, in June 2016, the streets are still benefitting from the creative approach many artists had to empty buildings, street corners and shut-up shops. 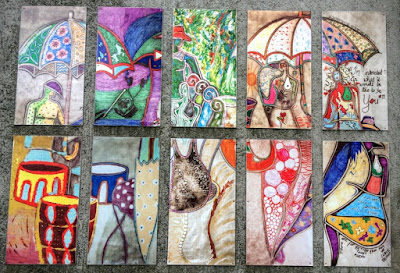 When George Bernard Shaw donated the Assembly Rooms to the people of Carlow, it was the beginning of a creative bequest of properties from an Irish literary giant that would benefit the arts and creativity in the town.

But he probably had little idea that the street corner with Cox’s Lane would become a gathering place late at night, especially on weekend evening, for people with bags of chips. 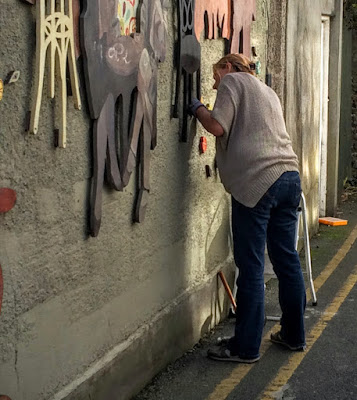 Putting touches to ‘The Restaurant at the End of the Universe’ (Photograph: Patrick Comerford, 2016)

Two artists – Mary Cullen Kelly and Cristina Carratti – realised that a once dreary street corner could come back to life. With the assistance of Bernie Dunne O’Reilly, Kay Carbery, Betty O’Gorman and Michael Byrne, they created ‘The Restaurant at the End of the Universe.’

They realised that Cox’s Lane, once a dreary place, could come to life again. They see ‘The Restaurant at the End of the Universe’ at ‘the place where many Carlovians have sat and enjoyed a bag of chips’ from a different aspect and with more colourful light. ‘People sitting will now have more colourful company.’ 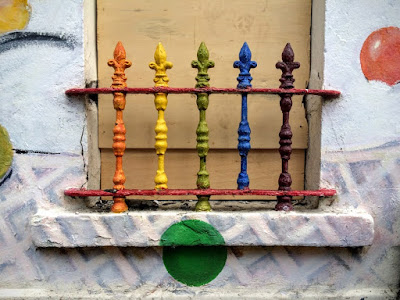 A splash of colour here and there in Carlow (Photograph: Patrick Comerford, 2016)

In other places, bright colours have been daubed randomly but creatively on the façades of empty buildings, and old rusting window railings have been given a splash of colour, or a street arch has been transformed into street art.

And that should brighten up the start of any week. 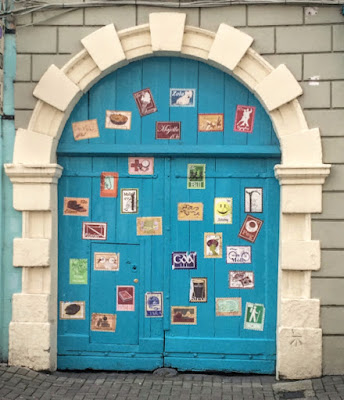