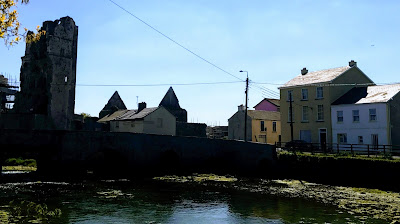 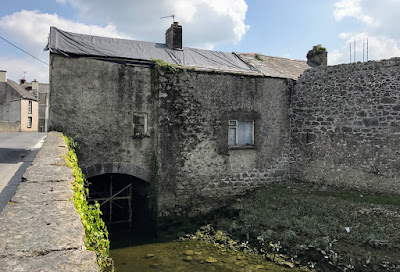 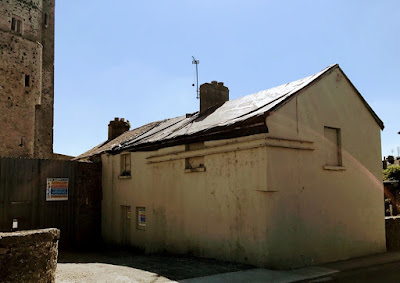 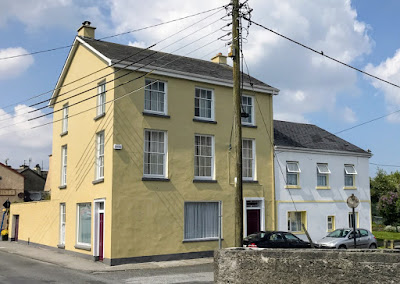 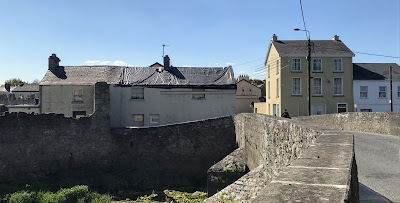 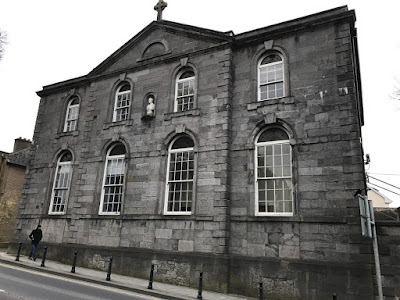 The General Synod of the Church of Ireland is meeting in Limerick for three days this week, from tomorrow (Thursday 4 May) until Saturday (6 May).

This week, from Tuesday to Saturday, I thought it would be interesting to introduce readers to some of these buildings in Limerick. I have written about Saint Mary’s Cathedral and other Limerick churches and buildings in the past. But this week, I am looking at five buildings that are no more than five minutes’ walking distance from the cathedral.

Today, for my second choice, I am looking at Gerald Griffin Memorial Schools or Old City Courthouse, on the corner of Bridge Street and Court House Lane, and facing the main entrance to Saint Mary’s Cathedral.

This is a detached four-bay, two-storey, limestone, building, standing over a concealed basement. It has a central pedimented breakfront and round-arched window openings to the ground and first floor level. The original architect is unknown.

The building was bought by the Christian Brothers in 1845, and substantial alterations were carried out when the building was remodelled and opened as a school in 1846.

Further work was carried out in 1906-1908, with the addition of another storey to provide four new classrooms. This work was designed by Joseph O’Malley and the contractors were Kennedy & Son, Limerick.

There is a parapet entablature and pediment with a blind lunette and a Celtic cross finial to apex. The central bays at the first-floor level have a window pier and a niche with white marble bust of Gerald Griffin. The raised lettering above reads: ‘Gerald Griffin Memorial Schools.’ Relief lettering over the main door reads: ‘Christian Brothers Schools.’

This former City Courthouse and Christian Brothers School is a fitting backdrop to the entrance to Saint Mary’s Cathedral and the former Exchange across the street. It is a fine classical building, which is somewhat incongruous with its association with the Christian Brothers, whose schools and buildings were generally more aesthetically ascetic and functional.

In more recent years, this building has been used as a Gaelscoil.

But who was Gerald Griffin who has given his name to this building?

Gerald Griffin (1803-1840) was a Limerick-born novelist, poet and playwright. His father, Patrick Griffin, a brewer,

emigrated to Pennsylvania with most of his family when his business ventures in Limerick failed. However, Gerald Griffin remained in Ireland with an older brother, Dr William Griffin (1794-1848), and he went to live in Adare, Co Limerick. He would never again see his parents.

At the age of 16, Gerald Griffin began working as a reporter with the Limerick Evening Post, where his uncle was the proprietor and editor. He was still in his teens when he acted briefly as editor of the Limerick Advertiser.

In 1823, Griffin went to London and became a newspaper reporter. Later, he turned to writing fiction. His novel The Collegians is based on a trial he had reported in Limerick, and was adapted for the stage by Dion Boucicault as The Colleen Bawn.

He returned from London in 1829, and for a time lived with his brother William, who was in practice in Pallaskenry, Co Limerick.

In 1838, Griffin burned all his unpublished manuscripts and joined the Christian Brothers at the North Monastery, Cork. He was known as Brother Joseph until he died there of typhus fever in 1840.

There are streets named after Gerald Griffin in Limerick and in Cork City, and Loughill/Ballyhahill GAA club in west Limerick plays under the name of Gerald Griffins.