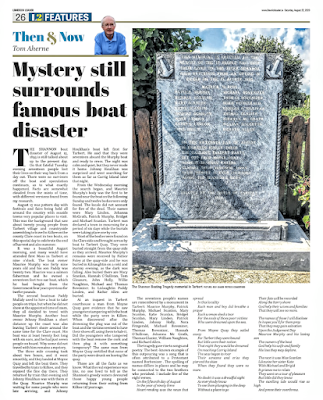 The Irish countess
who converted to
Judaism in Belfast 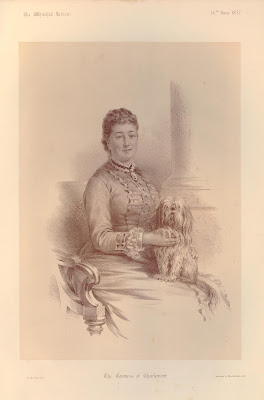 Elizabeth Jane Caulfeild, Countess of Charlemont, in 1877 (© The Trustees of the British Museum, released as CC BY-NC-SA 4.0)

One of the best known Jewish women in Irish social and political life was Ellen Odette Cuffe (1857-1933), Countess of Desart, wife of William Ulick O’Connor Cuffe, 4th Earl of Desart, and one of the four women appointed to the first Senate in the Irish Free State.

Lady Charlemont’s conversion to Judaism became a talking point in Victorian society, yet she goes without mention in Louis Hyman’s standard reference work, The Jews of Ireland.

Her father, Sir William Meredyth Somerville (1802-1873), who later became Baron Athlumney in 1863 and Baron Meredyth in 1866, was a Co Meath landowner and a Liberal politician. He was MP for Drogheda in 1837-1852, and in Lord John Russell’s government he was Chief Secretary of State for Ireland – effectively the senior cabinet minister in Ireland – from 1847 to 1852, during the worst years of the Great Famine. After losing his seat in Drogheda, he was elected Liberal MP for Canterbury (1854-1865), where his mother-in-law lived.

Elizabeth’s mother, Lady Maria Harriet Conyngham, was a daughter of Henry Conyngham (1766-1832), 1st Marquess Conyngham, who owned Slane Castle, Co Meath, and his Elizabeth, who had been one of the many mistresses of King George IV. 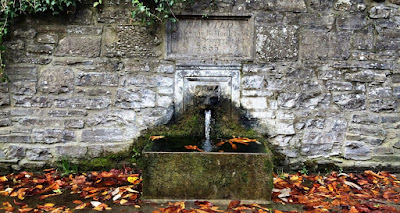 A fountain erected by Sir William Somerville on his Co Meath estate in 1855, a year before his daughter’s marriage (Photograph: Patrick Comerford)

He was the son of the Hon Henry Caulfeild and Elizabeth Margaret Browne, and a grandson of James Caulfeild (1728-1799), the 1st Earl of Charlemont, often known as the ‘Volunteer Earl.’

The family estates included the Marino estate with the Casino in Dublin; Charlemont House on Rutland Square, built by the ‘Volunteer Earl’ in 1765 and now the Dublin City Gallery on Parnell Square; and Roxborough Castle in Co. Tyrone. 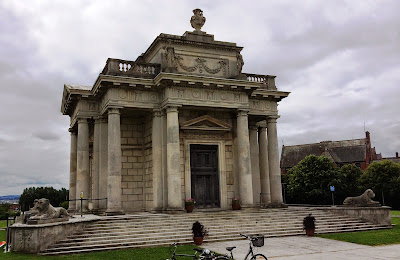 The Casino in Marino … built by the ‘Volunteer Earl’ (Photograph: Patrick Comerford)

Elizabeth’s husband James Molyneux Caulfeild was born in Hockley, Armagh, in 1820 and educated at Trinity College Cambridge. On his return to Ireland, he became involved in Liberal politics, and he was elected MP for Drogheda at the age of 26.

His father, Henry Caulfeild, died in 1862, and when Francis William Caulfeild, 2nd Earl of Charlemont, died at Marino, Dublin, on 26 December 1863, James succeeded his uncle as the 3rd Earl and Elizabeth became the Countess of Charlemont.

James began remodelling and extending Roxborough Castle with the architect William Barre (1830-1867), and he moved some items from the family’s residences in Dublin to reuse in this house. 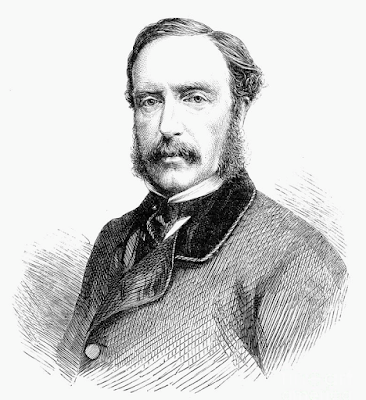 Elizabeth was known as a woman of many accomplishments, an excellent linguist, and a good musician Soon after becoming Lady Charlemont in 1863, she began attending Jewish services, sought spiritual advice from rabbis, and converted to Judaism.

Jewish services were held publicly in Belfast for the first time in 1864 in the home of Martin Jaffe, and the foundation stone of the synagogue on Great Victoria Street was laid on 7 July 1871. The first minister of the Belfast congregation was the Revd Dr Joseph Chotzner from Kraków.

Her introduction to Judaism may have come through her friend the writer George Eliot (Mary Ann Evans, 1819-1880). The Jewish philanthropist Sir Moses Montefiore, was aware of her sincerity, encouraged her move, and helped her to find relevant books to read.

She frequently attended the synagogue in Belfast, and while she was in London she worshipped at the Central Synagogue on Great Portland Street, built in 1870, and at the New West End Synagogue in Bayswater, which was consecrated in 1879 and whose founding members included Martin Jaffe from Belfast, brother of Sir Otto Jaffe (1846-1929), twice Lord Mayor of Belfast (1899-1900, 1904-1905). 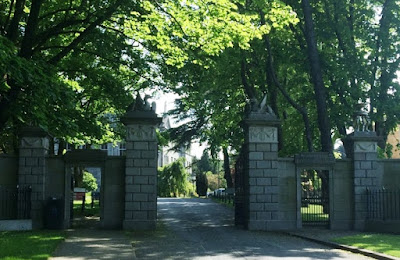 Lord Charlemont sold Charlemont House in Dublin to the Government in 1870 and it became the General Register of Ireland and Census offices. Meanwhile, his aunt Anne (Bermingham), widow of the second earl, had continued to live at the family estate at Marino in Dublin, until she moved to London, where she died in 1876.

By then, James had put Marino House and estate up for sale. A notice in The Times on 8 May 1876, advising that the estate was to be sold, described the demesne in great detail. It said the ‘gardens are very tastefully laid out, and in the highest heart and condition, well stocked with fruit trees of good and new varieties. The houses consist of conservatories, greenhouses, vineries, peach houses, forcing and stove houses, of modern construction, all heated on the best principles …’

The estate, including the Casino at Marino, to Cardinal Cullen, who donated most of it to the Christian Brothers.

Four years later, Elizabeth died at Roxborough Castle, Moy, Co Tyrone, on 31 May 1882 at the age of 47. Although she had become a Jew, she was buried in the churchyard at Moy, and her husband included her name on the family memorial he erected in Saint Patrick’s Cathedral, Armagh.

The couple had no children, and James married a second time within a year. On 10 May 1883, he married Anna Lucy Lambart, daughter of the Revd Charles James Lambart, Rector of Navan, Co Meath, at the British Consulate in Pau, France.

This couple had no children either and James died on 12 January 1892, at the age 71 in Biarritz. He was brought back to Ireland and buried in Saint Patrick’s Cathedral, Armagh, on 16 January 1892.

Roxborough Castle was burned down by the IRA in 1922, fell into ruin and was dismantled. Marino House in Dublin was demolished too, but Charlemont House on Parnell Square survives as the Dublin City Gallery and the Casino in Marino has been carefully restored by the Office of Public Works in recent years. 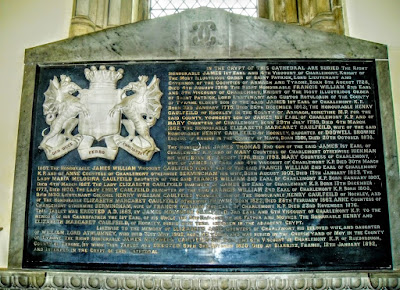 The Caulfeild monument in Saint Patrick’s Cathedral, Armagh … Elizabeth and her husband are named in the last five lines (Photograph: Patrick Comerford)