‘Where waving woods and waters wild
Do hymn an autumn sound’ 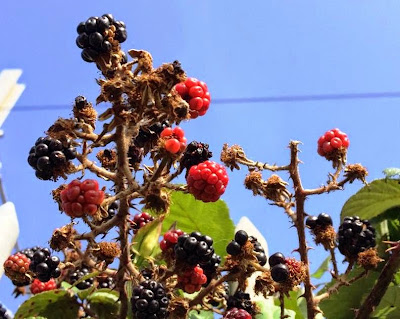 On the train from Cambridge to Stansted Airport yesterday, the colours of the landscape were beginning to change from the gold and green of summer to the brown of autumn.

The harvest is almost in, and farmers are beginning to prepare the land for a new season of sowing and planting.

Despite the large number of cattle on Coe Fen and Sheep’s Green, there is little beef or dairy grazing in this part of East Anglia.

But late summer is lingering little longer than expected. After the morning mists burn off each day, the temperatures in East Anglia and in Ireland are hovering around 20 and sometimes a little higher. Once morning warms up it becomes a little difficult to ponder how the English Romantic poet John Keats (1795-1821), in his poem To Autumn, called this the “Season of mists and mellow fruitfulness.”

I took a break from work this afternoon, and two of us went to Greystones for lunch in the Happy Pear and a walk on the beach.

Coaches were delivering students from language schools to the beach, a few people were out sailing, and one, lone, brave figure was swimming, despite the fact that the water was chilly and cold.

The one reminder that autumn is fast approaching came with the blackberries beside the railway line which are beginning to reach the point when they should be picked, and some are tasty already.

We tasted just a few before I returned to a busy weekend at work. As we climbed up the hills north of Greystones, passing fields of green and gold, I thought of how the Victorian poet Elizabeth Barrett Browning (1806-1861) also wrote about autumn. 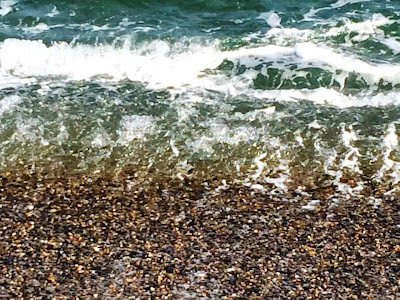 Walking by the shoreline at the beach in Greystones, Co Wicklow, this afternoon (Photograph: Patrick Comerford, 2014)

The Autumn (1833), by Elizabeth Barrett Browning

Go, sit upon the lofty hill,
And turn your eyes around,
Where waving woods and waters wild
Do hymn an autumn sound.
The summer sun is faint on them —
The summer flowers depart —
Sit still — as all transform’d to stone,
Except your musing heart.

How there you sat in summer-time,
May yet be in your mind;
And how you heard the green woods sing
Beneath the freshening wind.
Though the same wind now blows around,
You would its blast recall;
For every breath that stirs the trees,
Doth cause a leaf to fall.

The dearest hands that clasp our hands, —
Their presence may be o’er;
The dearest voice that meets our ear,
That tone may come no more!
Youth fades; and then, the joys of youth,
Which once refresh’d our mind,
Shall come — as, on those sighing woods,
The chilling autumn wind.

Hear not the wind — view not the woods;
Look out o’er vale and hill —
In spring, the sky encircled them —
The sky is round them still.
Come autumn’s scathe — come winter’s cold —
Come change — and human fate!
Whatever prospect Heaven doth bound,
Can ne’er be desolate.

When one photograph is worth
more than a thousand words 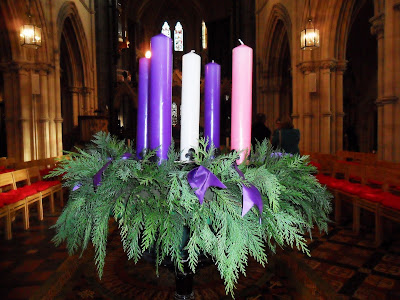 Since I began this blog in December 2007, I have been conscious of the old maxim invoked by editors that a good photograph is worth a thousand words.

During the past week in Cambridge, I have been learning about Russian philosophers, theologians and writers. One writer who did not come up for discussion was writer Ivan Sergeyevich Turgenev (1818-1883), for – unlike Tolstoy, Dostoyevsky and his other contemporaries – he lacked religious motives in his writings.

But Turgenev may be the source of this wise old adage. In Fathers and Sons (1862), one of the major works of 19th-century literature, he writes: “A picture shows me at a glance what it takes dozens of pages of a book to expound.”

The expression appears again in 1911 as “Use a picture. It’s worth a thousand words,” in a newspaper article in the Syracuse Post Advertiser quoting an American editor, Arthur Brisbane, discussing journalism and publicity.

I have tried to illustrate blog postings with good illustrations and preferably with my own photographs not only to keep readers on a page but I also because I am conscious that good illustrations often capture a moment in time or make a point in a way that makes even 1,000 words inadequate.

It is easy to download these photographs, and I have cared little about who might use them. When I get a request for commercial or party political use, I generally say no – if businesses can make a profit, then they can afford to pay professional photographers for their work; and I am not willing to have my images (or words for that matter) put to party political use, and prefer to share my political views only with family members and close friends.

But when it comes to church groups, voluntary organisations, charities, not-for-profit organisations, and sports or arts groups, I am generally happy to say yes, even when I privately have reservations about their aims or values.

The only conditions I express in these circumstances are that I am named as the photographer, and that (if possible) I receive a printed copy of the publication.

In recent months, I have been pleased to say yes to the use by my photographs by a variety of organisations, ranging from a fund-raising campaign by Jesus College Boat Club in Cambridge, to a series of evening events in Grosvenor Road Baptist Church in Dublin and a quiz on the Late, Late Show.

While I was in Cambridge this week, the Advent 2014 Catalogue arrived in the post from DM Hay, church suppliers since 1955 and based in Devon. The catalogue uses my photograph of the Advent Wreath in Christ Church Cathedral to illustrate the front cover.

DM Hay Church Supplies was formed in 1955 to serve Church customers across the south-west of England from a shop close to Exeter Cathedral. At the end of 2004, the company extended its geographical reach by developing the mail-order side of its business, and in 2008 moved to larger premises in Holsworthy, West Devon.

But why would I say use to this company and not to others?

The parent company of DM Hay, Trade Advance Ltd, is a ‘More Than For Profit’ company. It operates like any other company in that it aims to grow and generate a profit; however, it also believes it can add value socially and environmentally too.

For example, DM Hay is making a difference in Ethiopia, and says its business in turns allows the company to donate to the Bees for Development project.

The Centre of Excellence has raised annual incomes by an average of 42% in its first year. This enables families to buy food and medicines.

In Bahir Dar, 26% of the population is classified as chronically poor. One person in the first training group, Shide Gete, owns little land, and having no oxen could not plough his land. He and his older children worked as hired labour.

But, as a result of Bees for Development, Ethiopia’s training programme, he learned how to keep bees and produce a honey crop without any financial investment. He learned to make hives from easily available local materials. Shide’s honey crop was 80 kg in his first year – which sold for £90. This has made a huge difference to his family’s life, enabling him to buy clothes for his children and medicine for his family.

Shide will increase his income year on year as he develops his beekeeping business, selling more honey and beeswax.

For Mitin Teferi, a single mother, life is a constant struggle as she works to take care of her children and grow food. She works as a casual labourer for extra income. She needs more income to make ends meet, but she has little spare time. For her, beekeeping is a real help because the bees do all the work, gathering nectar and making honey – honey she can then sell. Mitin had benefitted from the training delivered by the Centre in Ethiopia and earned £50 in the first year. This really helps her support her children.

This project is changing lives for the better. If one photograph changes one life, then it is certainly worth more than 1,000 words. 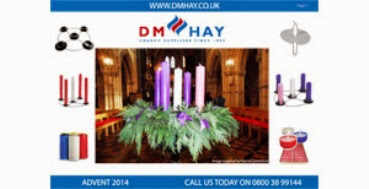