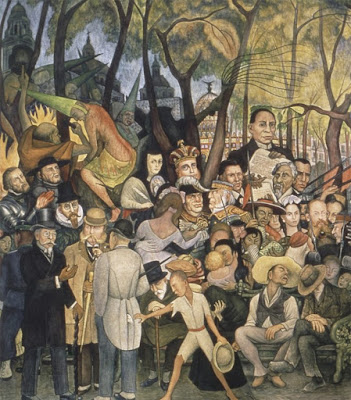 During the Covid-19 lockdown, one of my very individual choices for continuing education is taking part in a series of weekly Zoom seminars or webinars on Sephardic history, organised by the Bevis Marks Synagogue and the Spanish and Portuguese Jewish Community in London.

Earlier this week (30 June 2020), Rabbi Shalom Morris was in conversation with Professor Ronnie Perelis of Yeshiva University, New York, who spoke about ‘The Sephardic Atlantic: networks of family and faith.’

Yeshiva University has grown from a small yeshiva offering some secular education to Jews on the Lower East Side of Manhattan in 1886 to a prestigious university that integrates the knowledge of Western civilisation and the rich treasures of Jewish culture.

Yeshiva University supports three undergraduate schools, including Torah studies programes, seven graduate and professional schools, affiliates such as the Albert Einstein College of Medicine and the Rabbi Isaac Elchanan Theological Seminary, scholarly centres and institutes, several libraries, a museum and a university press. Yeshiva University has four campuses in New York, and each school retains the intimate character of a smaller institution.

In this book, identity, family and community unite three autobiographical texts by New World crypto-Jews, or descendants of Jews who were forced to convert to Christianity in 17th-century Iberia and Spanish America. There he presents the fascinating stories of three men who were caught up in the persecutions of the Inquisition, expanding global trade, and the network of crypto-Jewish activity.

On Tuesday, Dr Perelis introduced us to these writings, which depict the social history of transatlantic travel, the trade between Europe and the Americas, and the physical and spiritual journeys of the age.

He told us how the oldest Jewish document of the New World has been returned to Mexico more than seven decades after it disappeared. The autobiography of Luis de Carvajal, a New Christian or converso Jew in Mexico, dates from 1595 but was stolen from Mexico’s national archives almost 90 years ago.

Luis de Carvajal was born in Portugal and became the governor of the Spanish province of Nuevo León in present-day Mexico. His enemies knew he was a descendant of conversos and bribed one of his captains to mention his name to the Inquisition in Mexico City.

The Carvajal family were conversos, descendants of Jews who converted to Catholicism often under great duress in Spain and Portugal during the late Middle Ages. A minority of these forced converts maintained their Jewish faith in secret, braving the wrath of the Inquisition. While the Inquisition only functioned in the Americas from 1571, many conversos migrated to the ports and major urban centres in the Americas.

The Carvajal family moved to Mexico seeking economic opportunities and the chance to remake themselves in a new land. Carvajal’s uncle, also Luis de Carvajal, was a decorated conquistador who became the governor of the frontier territory of the Nuevo Reino de León in the north-east part of modern-day Mexico.

He invited his relatives to join him in New Spain. While he was a devout Catholic, many of his family were crypto-Jews, including his nephew Luis, who became his main assistant.

Eventually, their secret unravelled, and the family was arrested by the Inquisition in 1589. The younger Luis, his mother, and his sisters all asked for mercy and were placed in the monastery of Santiago de Tlatelolco to serve out their penance and where he taught Latin to the Franciscan seminarians. There in the library, he also had access to classical works of Jewish scholarship, such as Maimonides, Rashi and the Midrash. He created an anthology of sources, and translates works that he shares with others, and reconstructs a form of Judaism for himself. His uncle, for his part, was stripped of his position, exiled and died in prison.

Soon after the younger Luis de Carvajal was released from the monastery, he began writing his spiritual autobiography. He was a trained calligrapher and wrote his story in tiny, lucid script in a small leather-bound book that he kept hidden on his person throughout his travels.

Carvajal wrote under a pseudonym and told of his Jewish faith. A dedication to the Lord of Hosts announces the beginning of Carvajal’s tale. He charts the guiding hand of Providence in his spiritual adventures, and his manuscripts includes memoirs, a book of psalms and commandments, and a collection of prayers.

The manuscripts also include El modo que es de Rezar, a guide to prayer for himself and others secret Jews in Mexico, and a two-page list of the acts of mercy that the ‘most high God performed for Joseph’ – a review of the major events in his short and tumultuous life. One section includes the Ten Commandments in Latin, written in beautiful large letters with gold leaf.

A page towards the end lists Jewish holidays and their corresponding Christian dates, with a column listing the names of Hebrew months and a list of transliterated Hebrew numbers from one to 10 – a Hebrew primer for a fully Latinised Converso Jew. There are some psalms in Latin, some prayers in Portuguese, and some cryptic lists that Dr Perelis thinks may be mystical codes waiting to be deciphered.

The last entry tells of his planned escape to Italy. But Carvajal and his family were arrested before they made it to safety. The autobiography that was meant to declare God’s mercies was found by the Inquisitors and used as evidence against them. In 1596, Luis de Carvajal, his mother and sisters, were condemned to the flames of an auto da fé in Mexico City for their secret adherence to Judaism.

The autobiography and some of Carvajal’s other writings were preserved with the extensive trial records in the Mexican National Archives until they were stolen in 1932. For over 80 years they were lost, until they resurfaced in New York in 2015. They were identified by Leonard Milberg, a renowned collector, who alerted the authorities and arranged to return the documents to Mexico.

Before their return, the manuscripts were displayed in New York, where Professor Perelis was able to study them. He had been working on Carvajal’s life story for the previous 15 years and had relied on a transcript of Carvajal’s autobiography by Alfonso Toro, made a few years before their theft.

The experience of the Carvajal family is often read as an exemplary tale of the abuses of religious authority and the struggle for freedom of belief. But Dr Perelis believes their story also complicates and enriches our understanding of Latin American religious history and points to the diversity of colonial society and the dynamism of religious creativity and expression that can still speak to spiritual seekers today. 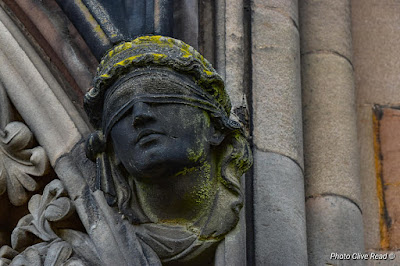