Trudging through the snow in Cambridge 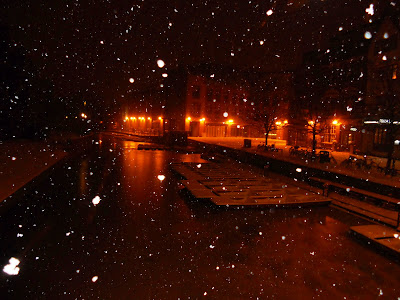 The punts at Magdalene Bridge appeared to be frozen in the River Cam tonight (Photograph: Patrick Comerford, 2012)

Cambridge is covered in snow tonight.

It started to snow just after darkness had fallen, and by the time it came to leaving Sidney Sussex College for dinner with friends in their house this evening, there was snow everywhere.

Walking to Alpha Road, where Peter and Lisa Waddell live, seemed like a sensible option earlier in the day – after all, it’s less than a 15-minute walk. But a taxi seemed a wiser option by 8 this evening.

Calling a taxi was impossible at the end of evening. Well, that’s Saturday night for you anyway – snow or no snow. So it was a walk down the hill to Chesterton Road and Chesterton Lane, below the Castle Mound and Saint Giles.

We turned into Magdalene Street, passed Magdalene College, and stopped for a while at “Mag’s Bridge,” where the punts looked as though they were trapped into the ice on the River Cam. I expect that by the morning, the river is going to be frozen over. 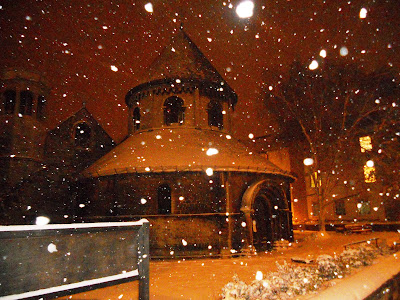 The Round Church at Bridge Street looks pretty and silhouetted in the snow tonight (Photograph: Patrick Comerford, 2012)

There was plenty of life along Bridge Street through, and the Round Church looked pretty and silhouetted in the snow, which makes everything look bright.

Despite the snow, it took less than 15 minutes to walk from the top of Alpha Road to Sidney Sussex College, where Peter is the chaplain and pastoral dean.

Below me tonight, Hall Court and Cloister Court are covered in snow.

The last time I was in Cambridge to preach was in February 2009, when I was a guest preacher in Christ’s College for Candlemas. The snow was so heavy that time that I was unable to keep a preaching engagement in London later that week, missed a flight from Stansted, and had to get a train to Birmingham to get a flight back to Dublin.

Perhaps I should learn to accept snow, and to live with it. After all, Sidney Sussex College was founded to be “some good and godlie moniment for the mainteynance of good learning.” 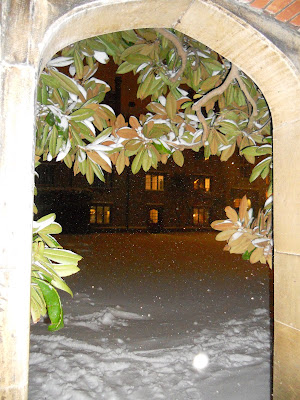 It’s cold in Cambridge this weekend 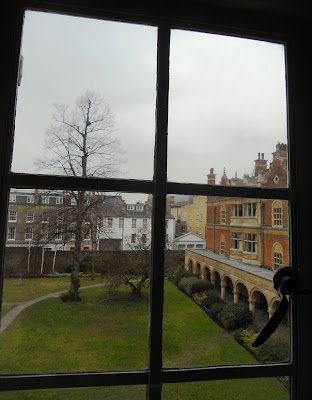 Looking out over Cloister Court and across to Jesus Lane from my room in Sidney Sussex College, Cambridge, this afternoon (Photograph: Patrick Comerford, 2012)

Normally it’s colder here than in other parts of England, with the cold wind that blows in from the North Sea and across the Fens. But it’s particularly cold this weekend, and everyone is talking about the prospects of a heavy snow storm.

Snow or no snow, it’s always pleasant to be back in Cambridge, and I’m staying in the Senior Guest Room on Stairs C, overlooking Hall Court on one side and Cloister Court on the other.

It is interesting to see who else has stayed in this room – visiting academics, alumni, wedding guests, choir directors, conference delegates ... one guest who signed the visitors’ book in this room last year says: “I last used pen & ink in Primary School!” Others described Sidney Sussex as a “unique little college,” a “lovely place to stay,” “an unchanged world” and a “timeless college.”

This is my fifth time to stay in Sidney Sussex College. I am back here this weekend as the guest preacher at Choral Evensong in the college chapel at 6.15 p.m. tomorrow evening [Sunday 5 February 2012]. 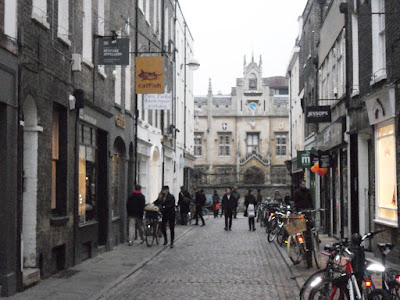 A view from Green Street towards Sidney Sussex College and the chapel as dusk falls this evening (Photograph: Patrick Comerford, 2012)

But before heading off to dinner with friends this evening, there was time for lunch in Bill’s in Green Street, opposite the Porters’ Lodge in Sidney Sussex, and then a stroll around the old city centre, including a visit to the Cambridge University Press Bookshop, which is the oldest site for any bookshop in England.

Who knows – there might be time for a glass of wine in an old pub later this evening, and if the snow stays away then a chance to catch up with some more old friends over lunch tomorrow.
Posted by Patrick Comerford at 18:54 No comments: 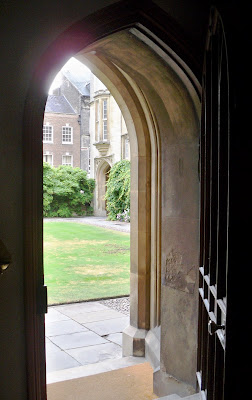 The ‘Church of Ireland Notes’ in The Irish Times this morning [Saturday 4 February 2012] includes the following news item:

Canon Patrick Comerford, Lecturer in Anglicanism and Liturgy in CITI, the Church of Ireland Theological Institute, is one of five guest preachers for Lent Term in Sidney Sussex College, Cambridge. The Dean, the Revd Dr Peter Waddell, is from Newcastle, Co Down.

Canon Comerford will preach tomorrow [Sunday] at Choral Evensong. He has been a student at the Institute for Orthodox Christian Studies in Cambridge and has taken part in its annual summer school in Sidney Sussex College.
Posted by Patrick Comerford at 11:30 No comments:

An antidote to Irish poisons

Louis MacNeice’s father – solid and sober, pious yet tolerant – is a key to the poet’s work, and to keeping level heads ourselves 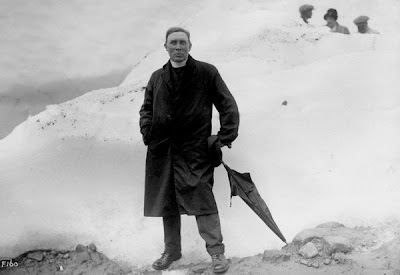 Cold climate: Frederick MacNeice, father of Louis, on the Norwegian island of Spitsbergen in July 1928

BIOGRAPHY: ‘Solitary and Wild’: Frederick MacNeice and the Salvation of Ireland

“Fitzpatrick paints a portrait of a complex, astute and remartkable bishop who had a major impact on literary Ireland” 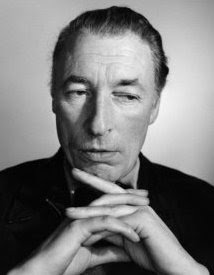 LOUIS MacNEICE is one of the seminal poets, dramatists and classicists of the last century on these islands. He was part of the Thirties Poets group, which included WH Auden, Stephen Spender and Cecil Day Lewis, his circle of friends included John Betjeman and Anthony Blunt, and he went to school at Sherborne and Marlborough before going on to Merton College, Oxford. Thus he is seen by many as essentially an English poet, detached from Irish literary circles and with a flawed relationship with his home island. But like TS Eliot, and WB Yeats, he remained an outsider, and his poems constantly reflect his love of Ireland and Irish people – and our literature.

MacNeice’s work reveals an abiding pride in his Irish roots. But though he was born in Belfast, his father, a Protestant minister, was originally from Co Galway, born on Omey Island, on the western edges of Connemara. Prof David Fitzpatrick of Trinity College Dublin has diverted his attention from writing a history of the Orange Order to write this biography of John Frederick MacNeice (1866-1942), a reassuring presence in his son’s poetry.

In the 1930s and 1940s, Bishop MacNeice was a towering figure in the Church of Ireland, north and south. He had been archdeacon of Connor before becoming bishop of Cashel and Waterford (1931-1934) and then bishop of Down, Connor and Dromore, making him the most powerful and influential church figure in Belfast and throughout Northern Ireland until his death. Although a life-long member of the Orange Order, he had refused to sign the Ulster Covenant and was later accused of desecrating Carson’s memory by refusing to allow the Union flag to be placed on his grave in the Cathedral Church of St Anne, Belfast, in 1935.

In the 1940s, Louis MacNeice claimed, “My father was one of the very few Church of Ireland clergymen to be a Home Ruler.” But Fitzpatrick paints a portrait of a man who, throughout his life, was more nuanced and finely tuned in his political and religious thinking, and in many ways he remains an enigma.

This gripping biography tells the story of a man who is, in his complexity, often difficult to understand. He was an Orangeman but opposed the Ulster Covenant in 1912; he was a unionist by instinct but believed home rule was better than partition and the unity of Ireland more important than the link with Britain; during the first World War he moved from pacifism to patriotism yet was close to pacifism once again in the 1930s; he risked speaking out against sectarianism and intolerance in the 1930s yet retained an instinctive hostility to many aspects of Roman Catholic life.

He constantly changed the first name he used. He began life as John McNeice, and changed the spelling of his surname only in 1914. At significant stages in his life, he alternated between John, Frederick, Fred, Derrick, John F and Frederick J, while his first wife, Eliza, would become Elizabeth or Lily. His son the poet was also known as Freddie until his teens, when he adopted his middle name, leaving behind his birth name, his Irish accent and his father’s faith.

The bishop published little, yet David Fitzpatrick shows how he is central to understanding his son’s writings, remaining solid and sober, pious yet tolerant. He uses the archives of the Irish Church Missions, the Orange Order and the Church of Ireland, along with local newspapers and the writings of both father and son, to reconstruct the disparate worlds in which the bishop lived, with searing accounts of the snobbery that existed in Ireland, even within church circles, north and south.

Fitzpatrick paints a portrait of a complex, guarded, astute and remarkable bishop who had a major, if often hidden, impact on literary Ireland. He also shows the world of difference between Cappoquin, where MacNeice served his first curacy, and Carrickfergus, which became the family’s home town, and the world of difference between being a bishop in Waterford and a bishop in Belfast.

Father and son would later collude in reinterpreting the bishop’s earlier career, as part of a process of reconciliation that profoundly affects Louis MacNeice’s later poetry and writing.

The bishop’s understanding of the Russian and Spanish revolutions, where “the masses of people had been kept in ignorance for generations”, and his early condemnation of fascism and its treatment of Jews as “the revival of Paganism”, must have influenced his son. In two beautiful closing chapters, the relationship between father and son is discussed, and eight well-known poems are reinterpreted in the light of fresh evidence.

At MacNeice’s consecration as bishop of Cashel and Waterford, at Christ Church in Dublin in 1931, the preacher hailed his election “as a sign from Heaven, as something tending to bind together the whole Church of Ireland”. As we face a decade of centenaries and commemorations that are likely to confuse myth and history, this biography of a bishop who rose above the simple judgments and false tensions of his day is a useful antidote to the poisons of passion and polarisation that may be served up over the next 10 years.

Patrick Comerford is lecturer in Anglicanism and liturgy at the Church of Ireland Theological Institute and a canon of Christ Church, Dublin

This half-page book review was published in The Irish Times Weekend Review on Saturday 4 February 2012 (p. 13)

Posted by Patrick Comerford at 06:58 No comments: