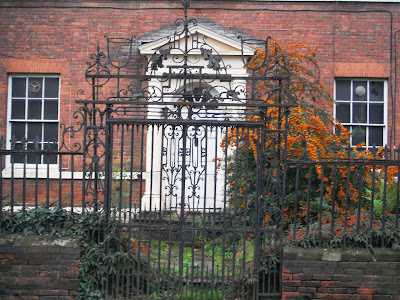 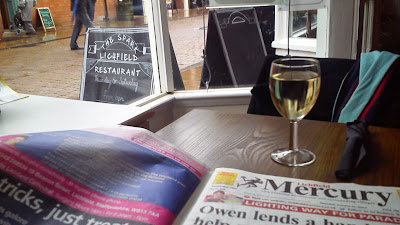 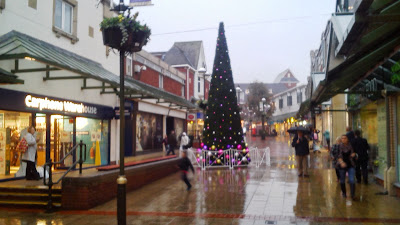 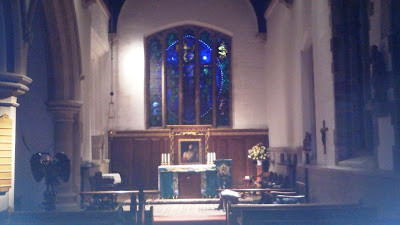 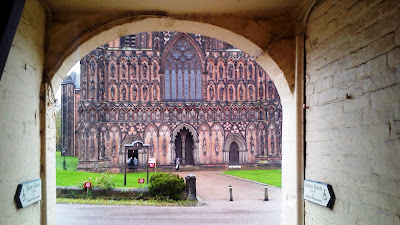 .
Posted by Patrick Comerford at 20:49 No comments:

Welcome to my ‘rural retreat’
close to Lichfield Cathedral 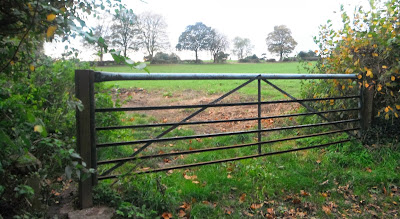 Autumn colours in the fields near my ‘rural retreat’ in Lichfield (Photograph: Patrick Comerford, 2013)

I am staying at the Hedgehog Vintage Inn on Stafford Road, and at the end of a busy and demanding week I am planning my own one-day retreat today for All Saints’ Day [1 November], attending the mid-day Eucharist in Lichfield Cathedral, visiting the chapel of Saint John’s Hospital, and going for a few walks in the countryside around the Hedgehog, which is at the junction of Stafford Road and Cross-in-Hand Lane. 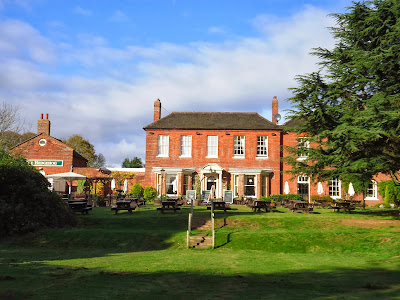 Although I have stayed many times in the Hedgehog in recent years, an email from Ron Brazier and the team here earlier last month said: “Welcome to your new rural retreat.”

It is an insightful description for the way I have benefitted in recent years from my stays at the Hedgehog, with its rural charm and rustic character, enjoying walks in the countryside or strolling in along Beacon Street to Lichfield Cathedral.

“Make yourself at home,” said that recent email.

But I wonder whether Ron and the team at The Hedgehog know that that this house, once known as Lyncroft House, was home in the 19th century to a host of interesting characters in Lichfield, including a friend of Mozart, a charitable vicar, a speculative doctor and a once-famous painter.

Lyncroft House has been beautifully restored in recent years as the Hegdehog, and further renovations are planned later this month, reopening in time for Christmas and New Year parties.