Being presidential ... and hopeful ... on a sunny afternoon 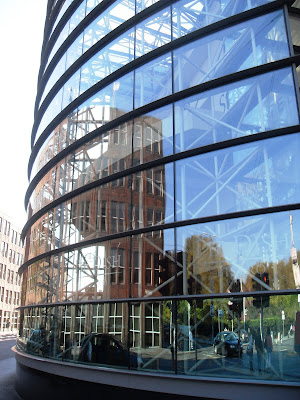 It was a beautiful sunny, summer’s afternoon today. There were clear blue skies, and the temperature had risen into the low 20s. And it was a good afternoon for being very presidential.

No, I am not a candidate in any presidential election. But I was living up to my responsibilities as President of the Irish Campaign for Nuclear Disarmament (Irish CND).

Three of us visited the Department of Foreign Affairs in Iveagh House on Saint Stephen’s Green, Dublin, this afternoon.

Dr David Hutchinson Edgar is the chairperson of Irish CND, and Ms Janet Fenton is Secretary of Scottish CND and Scottish Convenor of the Women’s International League for Peace and Freedom (WILPF). She was also in Dublin representing ICAN, the International Campaign Against Nuclear Weapons, which opened a European office in Geneva earlier this year.

ICAN is keen to encourage a momentum for a Nuclear Weapons Convention and sees Ireland as a key state in moving the Nuclear Non-Proliferation Treaty on, or even moving beyond the NPT.

The United Nations General Assembly First Committee meets next month, and it was important before that to discuss a number of key issues, including: 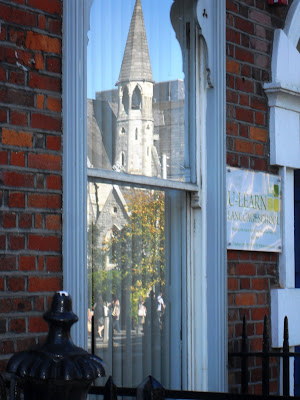 Talks like this are important both for civil society and for government. It was difficult not to hold out hope and to be positive as we walked out from Iveagh House and back into the summer sunshine on Saint Stephen’s Green.
Posted by Patrick Comerford at 21:16 No comments: