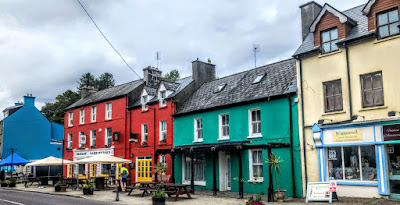 The small town of Glengarriff in West Cork, the gateway to the Beara Peninsula and the access point to Garinish Island, is colourful in the summer sunshine.

Two of us had arrived there from Skibbereen and Bantry on our road trip or ‘staycation’ in Co Kerry and West Cork for the third of three two-night stays on the Wild Atlantic Ways, with plans for a boat trip to Garinish Island, with its microclimate and Italian-style gardens, and to visit the Blue Pool.

It is truly a one-street town, but it is a colourful street, lined with colourful bars, restaurants, shops and cafés. And the town is ‘bookended’ by churches, with the Sacred Heart Church and the former Roman Catholic parish church standing opposite each other at the west end, and Holy Trinity Church, the former Church of Ireland parish church, on a bend on the road at the east end of the town. 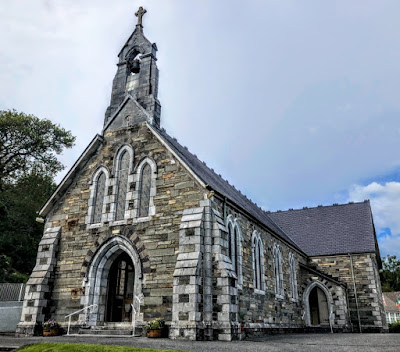 The church was built in 1902, and its plan and decorative detail demonstrate a move away from the earlier, more modest style of churches built in the first part of the 19th century. The church shows fine craftsmanship and attention to detail, seen in the masonry work and the variety of windows filled with stained glass.

The church is oriented from north-east to south-west. It is a cruciform-plan, gable-fronted, double-height Gothic Revival church, with a four-bay nave, single-bay transepts, a single-bay chancel at the north-east or liturgical east end, and porches at the transepts and the sacristy. 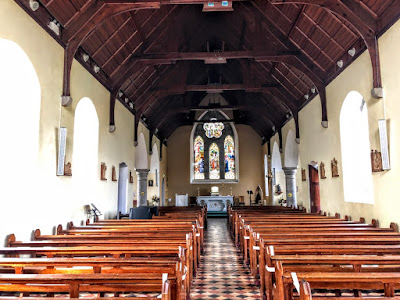 Inside the Sacred Heart Church, looking towards the liturgical west (Photograph: Patrick Comerford, 2021)

There is a carved stone bellcote at the south-west or liturgical west end, and the other architectural features include buttresses and quoins.

The paired pointed arch openings in the nave have quarry glazing and stained-glass windows with block-and-start limestone surrounds and hood moulding with squared stops.

The chancel at the east end has a pointed arch stained glass window, with a cinquefoil rose window above.

At the front, there are double-leaf timber battened doors with decorative cast-iron strap hinges. 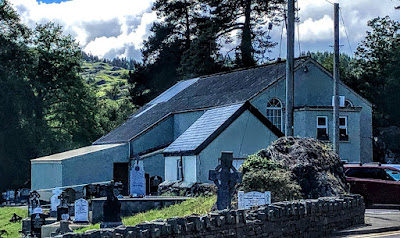 The first parish church in Glengarriff was built ca 1839 on a site donated by the Marquess of Lansdowne (Photograph: Patrick Comerford, 2021)

Across the street, on the south side of the road, Glengarriff Hall was built ca 1839 as the first parish church in Glengarriff on a site given by Henry Petty-Fitzmaurice (1780-1863) 3rd Marquess of Lansdowne, who also donated £50 towards the building costs.

Lord Lansdowne, who owned extensive estate throughout Co Kerry, was the landlord in neighbouring Kenmare, and at the time he was a member of Lord Melbourne’s Cabinet as Lord President of the Council, an office he held on three occasions. A distinguished statesman, he also served as Home Secretary and Chancellor of the Exchequer.

This church was plain in style and modest in scale. It was deconsecrated in 1902 when a new parish church was built across the road, and is now used as a community hall. Despite extensions, it retains its character, particularly in the windows. 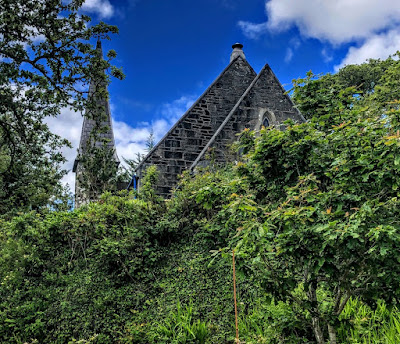 Holy Trinity Church, Glengarriff, was designed by Welland and Gillespie in the 1860s (Photograph: Patrick Comerford, 2021)

Holy Trinity Church, the former Church of Ireland parish church in Glengarriff, was designed by Welland and Gillespie, architects to the Ecclesiastical Commissioners and built in 1862-1863.

Tourism was developing rapidly in Victorian Glengarriff. But, until the 1860s, there was no Church of Ireland parish church in the village. Sunday services were held at 12.30 in the Eccles Hotel, with celebrations of the Holy Communion six times a year, and an average of five communicants.

The idea of building a new church was proposed by the Archdeacon of Cork, the Ven SM Kyle, who wanted to build a church in this romantic locality, and he collected the greater portion of the funds.

The new church, built in 1862-1863, was consecrated by Bishop John Gregg on 25 June 1863. The Revd Fred Garrett was the last Rector of Glengarriff before the church closed.

The church had a three-bay nave, a lower single-bay chancel at the east end, a vestry and an entrance porch. The church appears to retain many of its original features, including the high standard of masonry work and the attention, with a variety of windows, and a bell tower and slated spire.

In recent years, it was in use as café. But when I tried to visit this former church during that two-day stay in Glengarriff the site was closed off to visitors and the growth in surrounding trees made it difficult to photograph the building. 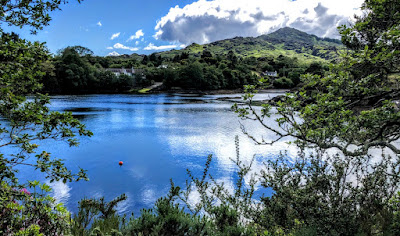 The Blue Pool is one of the many colour attractions of Glengarriff (Photograph: Patrick Comerford, 2021) 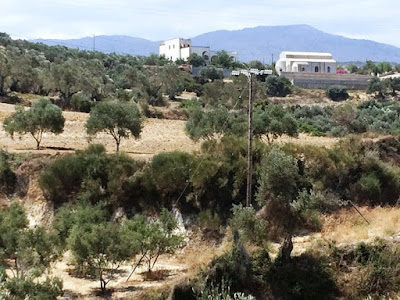 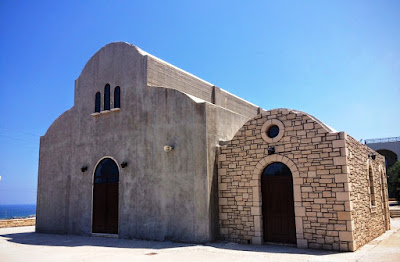 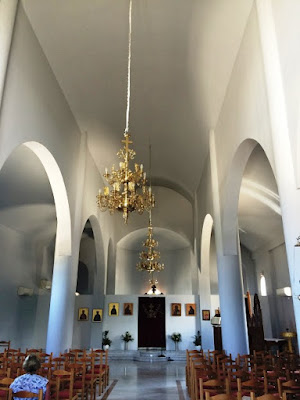 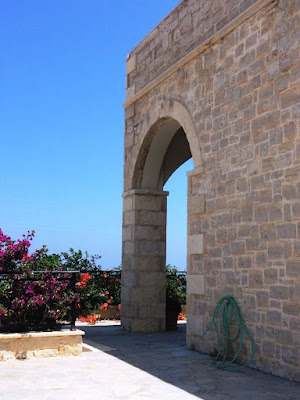 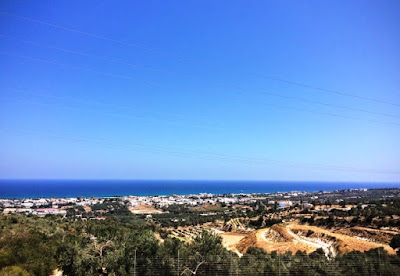