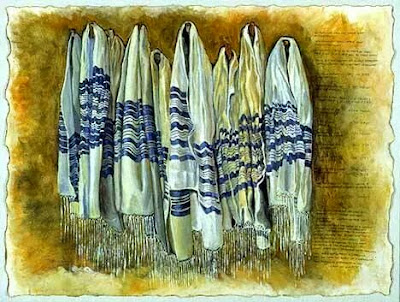 One of the two prayerbooks that I regularly use for prayers and reflections on Friday evenings is the Authorised Prayer Book, edited by the former Chief Rabbi, the late Lord (Jonathan) Sacks.

Jonathan Sacks and Archbishop Rowan Williams stand as the two great, towering, intellectual and philosophical minds in England during the last number of decades.

Lord Sacks died earlier this month (7 November 2020), and is a tribute to his international intellectual standing as a moral philosopher, with more than three dozen acclaimed books to his name, that he received a full-page obituary in last weekend’s edition of the Economist.

The obituary recalls how, for Lord Sacks, ‘Keeping Sabbath was an ideal way to achieve work-life balance.’ The Festivals and High Holy Days are reminders of a shared tradition and history, the ‘we’ not the ‘I’. ‘Above all, out of the suffering endured by Jews for centuries, Judaism had distilled hope. Every crisis gave birth to opportunity. The world could be changed not by force, but by ideas.’

In a reworking of the concept of tikkum olam, ‘Every man and woman had a duty to care for others, and thus to recreate the bonds that held society together. “I” had to give way to “we”. Out of great crises – climate change, coronavirus – that chance might come. Ideally, religion could drive this change.’

In his last book, he called for a shared morality: agreed norms of behaviour, mutual trust, altruism and a sense of ‘us-all-together’. The liberty craved by ‘me’ could be sustained only by ‘us’.

The Economist recalls how on a visit to Auschwitz, as Jonathan Sacks wept and asked, like so many others, where God had been in the Holocaust, he seemed to hear the answer: ‘I was in the words.’ The words were ‘You shall not murder.’ If human beings refused to listen to God, even He was helpless. But if much of the noise that humans made could be cancelled out, ‘they might hear more of what He was saying.’ 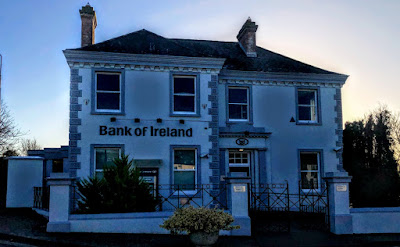 The Bank of Ireland in Askeaton … stands on the site of the courthouse in the Square (Photograph: Patrick Comerford, 2020)

In seeking out and searching for the stories of the historical buildings in Askeaton, I have sometimes missed out on some of the more modern, recent buildings, which are of architectural interest and also stand on interesting historical sites.

The Square is the oldest part of this town outside the castle, the abbey or former Franciscan friary, and Saint Mary’s Church with the tower of the Knights Templar, dating back to the 13th century.

The Square was once the focus for commercial and social activities in the town that were focussed on the market and the courthouse, while the quays and the police station were nearby.

The Square leads directly into both the west end of Church Street and the built-up part of the Quay. This area includes many two-storey terraced buildings with rendered and painted fronts that date mainly from the mid-19th century.

Looking towards the Square from the Quay … with the bank seen to the right (Photograph: Patrick Comerford, 2020)

The bank building stands on the south side of the square, on the former site of the courthouse, on the west bank of the River Deel, where it flows beneath the ramparts of Askeaton Castle.

This is a four-bay, two-storey building, with the left-hand two bays breaking forward of the main building. The roof is hipped with corbelled eaves. The façade is smooth rendered and painted and has raised stucco quoins. The windows are one-over-one timber sashes.

The front door is flanked by fluted pilasters supporting a tympanum with cornice and blocking course.

This bank has been very well maintained to present an almost intact original aspect. The applied ornamentation reveals high quality craftsmanship that has retained a crisp intricacy and that greatly enhances the façade.

At the render surround at the entrance, fluted Doric style pilasters support the architrave with a bracketed stepped cornice and pediment detail over a square-headed multiple-pane overlight and a timber panelled door.

The more recent concrete ramp has metal railings leading up to the entrance.

In normal times, when there is no pandemic lockdown, the Square is a lively place on Friday mornings, with an open-air farmers’ market, stalls and open vans selling fresh fruit, farm produce, and an occasional bric-a-brac. As I sip a coffee there, the bank and River Deel provide a colourful backdrop and a reminder of busy days when these was once the venue too for court sittings. 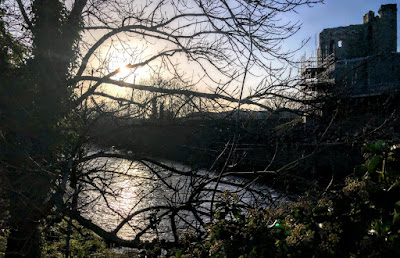 The bank stands above the west bank of the River Deel in Askeaton (Photograph: Patrick Comerford, 2020)