The hydra and pelican feeding her young above the entrance to the Sexton vault in Saint Mary’s Cathedral, Limerick (Photograph: Patrick Comerford, 2017)

I am being installed in Saint Mary’s Cathedral, Limerick, tomorrow afternoon [19 February 2017] as the precentor in the the joint chapter of the three cathedrals in the United Dioceses of Limerick and Killaloe: Saint Mary’s, Limerick, Saint Flannan’s, Killaloe, Co Clare, and Saint Brendan’s, Clonfert, Co Galway.

Saint Mary’s Cathedral was founded in 1168, and is preparing to mark its 850th anniversary next year (2018). It is the oldest building in Limerick that is in daily use. and has the only complete set of carved misericords left in Ireland.

These misericords are probably the best-know features in Saint Mary’s and were once in the choir. They are unique in Ireland and are the only surviving pre-Elizabethan carvings. They probably date from 1480-1500, perhaps from the restoration work carried out by the last pre-Reformation Bishop of Limerick, John Folan (1489-1522).

In the early church, priests stood for most service, and sitting was prohibited. The lip on the edge of each of these seats allowed the clergy to rest while the seats were tipped up, so that they appeared to be standing but were allowed to sit in act of mercy – hence misericords.

The wood used in carving the misericords is said to have come Cratloe, Co Clare, which was the source too for the oak beams in the roof of Westminster Hall.

Of the 21 carvings, 16 are different, with mediaeval emblems such as a two-legged one-horned goat, a griffin, a sphinx, a wild boar, an angel, a head resembling Henry IV, a dragon biting its tail, antelopes with inter-twined necks, a swan, an eagle, the Lion of Judah with a dragon, as well as a human head wearing a ‘chaperon’ under the stall reserved for the Dean, and a cockatrice or two-headed lizard holding its tail for the Archdeacon of Limerick.

I must go in search tomorrow to find out whether there is a wyvern or two-legged dragon biting its tail under the stall for the Canon-Precentor or a griffin (half-eagle, half-lion) carved by the master's account – the two are described in different accounts of the stalls. There is another wyvern for the Canon-Chancellor, but the seat for the Canon-Treasurer is broken.

At some point, probably in the 19th century, the choir stalls with their misericords were removed from the main body to the cathedral, and were stored in the crypt. Thankfully, they now see the light of day in the north transept.

Some of these carvings may have inspired some other images around the cathedral. As I strolled around the churchyard last weekend, I noticed the vault, dating from 1753, that is reserved for the Sexton family, descendants of Edmund Sexten (1486-1555), Tudor merchant and Mayor of Limerick (1535), and a friend and confidant of King Henry VIII.

The vault is decorated with ornate carvings depicting the Hydra, the monster who guarded the entrance to the underworld in Greek and Roman mythology and symbolising the conflicts of life, and a pelican feeding her young with blood from her breast, symbolic of Christ’s sacrifice. Both also symbolise new life and resurrection, for the pelican's young survived her death, and the Hydra sprouted seven new heads for each head that was chopped off, until it was slain by Hercules.

The Sexton family interests were inherited by the Pery family, Earls of Limerick, who still claim yet another stall in Limerick Cathedral as Priors of Limerick. This stall now stands at the west end of the cathedral, on the north side of the Great West Door. 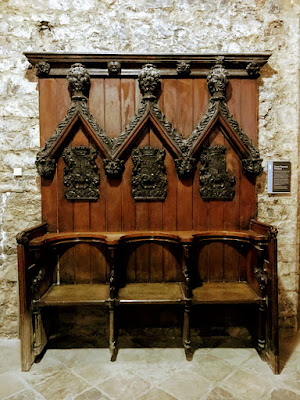 The ‘Church of Ireland Notes’ in ‘The Irish Times’ today [18 February 2017], includes the following paragraphs:

Canon Comerford is currently Priest–in–Charge of the Rathkeale and Kilnaughtin Group of Parishes, Lecturer in Anglicanism, Liturgy and Church History in the Church of Ireland Theological Institute, and prospective Director of Continuing Education in Limerick and Killaloe.

At the same service, a new Diocesan Guild of Readers will be inaugurated. The preacher is the Bishop of Tuam, the Right Revd Patrick Rooke. 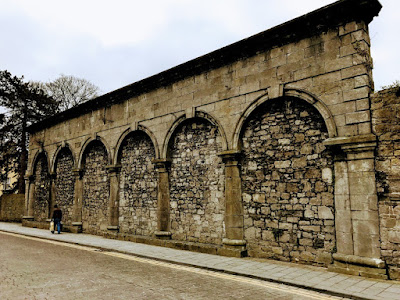 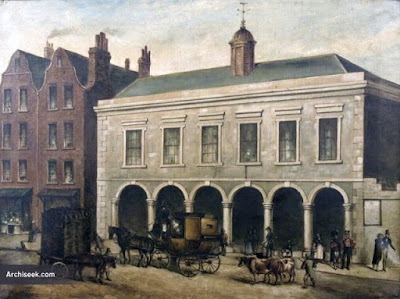 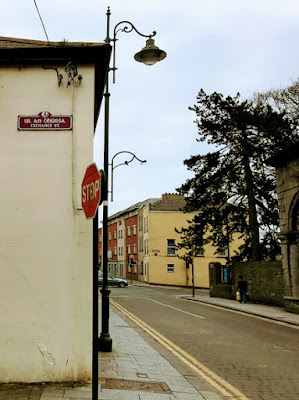 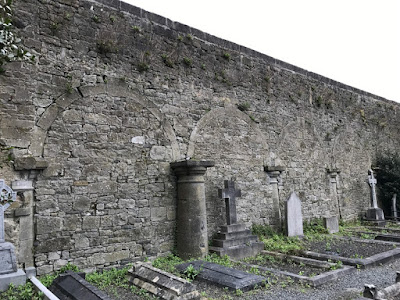