‘Lord have Mercy’ and the music
of Alexei Fyodorovich Lvov

During the past week in the chapel of the Church of Ireland Theological Institute, we have been reflecting on and praying with the Jesus Prayer: Κύριε Ἰησοῦ Χριστέ, Υἱὲ Θεοῦ, ἐλέησόν με τὸν ἁμαρτωλό; Lord Jesus Christ Son of God, have mercy on me the sinner.

On Thursday morning [26 November 2015], we were invited to listen to and to watch this recording of Lord have Mercy by Alexei Lvov.

Lvov was born into a musical family: his father, Feodor Petrovich Lvov, was the Maestro of the Imperial Chapel in St Petersburg (1826-1836). Lvov codified the simple but traditional Russian liturgical musical style called Obikhod, which is the standard repertoire of Russian Orthodox churches.

Alexei Fyodorovich Lvov began working as a career as a civil engineer in the Imperial Army, eventually becoming a general and aide-de-camp to Tsar Nicholas I. He formed a string quartet in St Petersburg, and so he came to meet Liszt, Robert and Clara Schumann, and Berlioz. He also became friends with Mendelssohn, Meyerbeer and Spontini.

In 1837, he succeeded his father as Maestro of the Imperial Chapel, and continued in that position until 1861.

As a composer, Lvov’s style was eclectic. He combined the traditions of Russian musical culture with strong Italian and (especially) German influences.

Of thy Mystical Supper, O Son of God,
accept me today as a communicant.
For I will not speak of thy Mystery to thine enemies,
neither like Judas will I give thee a kiss;
but like the thief will I confess thee:
‘Remember me, O Lord, in thy Kingdom.’
Alleluia!

Reflections on prayers as
we prepare for Advent 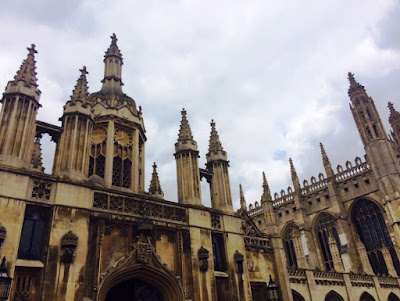 I am leading Morning Prayer this morning, and I have decided to use a version ‘Prayer during the Day,’ adapted from Time to Pray, first published in 2006 for the Church of England in the Common Worship series by Church House Publishing.

This morning’s adaptation is prepared for use from All Saints’ Day [1 November] until tomorrow [28 November 2015], which is the Day before the First Sunday of Advent.

The notes point out that this “period is observed as a time of celebration and reflection on the reign of Christ in earth and in heaven.

The order offers as an alternative to the Collect of the Day the following prayer:

Bring us, O Lord God, at our last awakening
into the house and gate of heaven,
to enter that gate and dwell in that house, where there shall be no darkness nor dazzling,
but one equal light;
no noise nor silence, but one equal music;
no fears nor hopes, but one equal possession;
no ends or beginnings, but one equal eternity;
in the habitations of your glory and dominion,
world without end.

This prayer was written in 1963, a year before his death, by Eric Milner-White (1884-1964), and is based on words by the poet John Donne (1572-1631) in a sermon preached at Whitehall on 29 February 1627. These words have also been provided with choral settings by many composers, including Peter R. Hallock and William Harris.

In his sermon, John Donne speaks of the righteous, and tells his hearers that “They shall awake as Jacob did, and say as Jacob said, Surely the Lord is in this place, and this is no other but the house of God, and the gate of heaven, And into that gate they shall enter, and in that house they shall dwell …”

Milner-White is faithful to Donne’s words, omitting only a couple of phrases, one of which speaks of having “‘no foes nor friends, but an equall communion and Identity.”

John Donne was born a Roman Catholic, but had conformed to the Church of England by 1598, and he was ordained, albeit reluctantly, in 1615 at the express urging of King James I. He was a favourite of both James I and of his son Charles I, and is known both as a preacher and a poet.

In this prayer, Donne’s expression of the inexpressible invites the hearer to consider the reality of the heavenly realm in a number of specific ways without removing the element of mystery. His prayer offers a rich way of meditating on our ultimate calling.

In his prayer book, My God My Glory (1954), Eric Milner-White drew on scriptural and patristic references, and his influences include sources are drawn from early liturgy, architecture and Augustine to Traherne, Vaughan and Caussade. He says John Donne “has an unparalleled power of kindling the vision which turns into prayer.”

Eric Milner Milner-White (1884-1963) read history at King’s College, Cambridge and graduated in 1906 with a double-first as well as receiving the Lightfoot Scholarship. After theological training at Cuddesdon College, Oxford, he was ordained deacon in 1908 and priest in 1909 at Southwark Cathedral. He was a curate in Saint Paul’s, Newington, and Saint Mary Magdalen, Woolwich, before returning to King’s College, Cambridge, as chaplain in 1912, and also became a lecturer in history at Corpus Christi College, Cambridge.

During World War I, he was an army chaplain on the Western Front and in the Italian Campaign. On resigning his commission, he returned to Cambridge, where he became the Dean and a Fellow of King’s College.

In 1941, Milner-White was appointed Dean of York. There he directed the replacement of many of York Minster’s windows and wrote extensively on liturgy, including My God My Glory, and was a member of the team that produced the New English Bible.

He is best remembered by many today because while he was Dean of King’s College, Milner-White introduced the Service of Nine Lessons and Carols. His experience as an army chaplain led him to believe that more imaginative worship was needed by the Church of England, and the first Festival of Nine Lessons and Carols at King’s was held on Christmas Eve 1918. The order of service was adapted from the order created by Edward Benson, later Archbishop of Canterbury, for Truro Cathedral on Christmas Eve 1880.

That first service at King’s largely followed Benson’s original plan, including the Benedictions before each reading, several of which were later amalgamated by Milner-White into his Bidding Prayer.

The service was first broadcast from King’s by the BBC in 1928 and, except for 1930, has been broadcast every year since. Even throughout World War II, despite the stained glass having been removed from the Chapel at King’s and the lack of heating, the broadcasts continued.

Since World War II, it has been estimated that each year millions of listeners worldwide listen to the service live on the BBC.

The bidding prayer, adapted by Eric Milner-White and now in use in King’s Chapel prays:

Beloved in Christ, be it this Christmas Eve our care and delight to prepare ourselves to hear again the message of the angels; in heart and mind to go even unto Bethlehem and see this thing which is come to pass, and the Babe lying in a manger.

Let us read and mark in Holy Scripture the tale of the loving purposes of God from the first days of our disobedience unto the glorious Redemption brought us by this Holy Child; and let us make this Chapel, dedicated to Mary, his most blessèd Mother, glad with our carols of praise:

But first let us pray for the needs of his whole world; for peace and goodwill over all the earth; for unity and brotherhood within the Church he came to build, and especially in the dominions of our sovereign lady Queen Elizabeth, within this University and City of Cambridge, and in the two royal and religious Foundations of King Henry VI here and at Eton:

And because this of all things would rejoice his heart, let us at this time remember in his name the poor and the helpless, the cold, the hungry and the oppressed; the sick in body and in mind and them that mourn; the lonely and the unloved; the aged and the little children; all who know not the Lord Jesus, or who love him not, or who by sin have grieved his heart of love.

Lastly let us remember before God all those who rejoice with us, but upon another shore and in a greater light, that multitude which no man can number, whose hope was in the Word made flesh, and with whom, in this Lord Jesus, we for evermore are one.

These prayers and praises let us humbly offer up to the throne of heaven, in the words which Christ himself hath taught us: 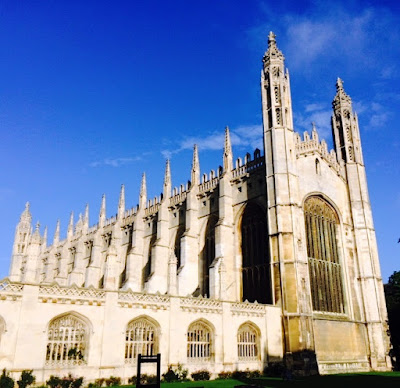