The worrying rise in Covid-19 figures in recent weeks means I have still not returned to personal visits to the National School in Rathkeale, where I chair the Board of Management.

Instead, each week I have delivered a variety of school assembly addresses from various locations, including the church in Panormos in Crete, the beach in Platanias near Rethymnon, Saint Mary’s Cathedral, Limerick, Lichfield Cathedral, the Chapel of Saint John’s Hospital Lichfield, Coventry Cathedral, and, last week, in Saint Mark’s Square in Venice.

This morning, my assembly thoughts were from the Ghetto in Venice, which was one the highlights of my visit to Venice the week before last.

During my visit to the Ghetto, I visited the ScalaMata Gallery, filled with colourful and captivating paintings, books, cards and bookmarks presenting 500 years of the history and scenes of daily life of the Venetian Ghetto.

Today’s ghettoes are areas of poverty, marginalisation and discrimination. Last week, the former Taoiseach, Bertie Aherne, angered Loyalists in Northern Ireland when he used the word ‘ghetto’ to describe parts of East Belfast.

But we should always remember that the world’s first ghetto was established in Venice in 1516. On 29 March 1516, the Senate of the Serenissima Republic of Venice issued a declaration saying: ‘The Jews must all live together in the Corte de Case, in the Ghetto near San Girolamo; to prevent them from wandering around at night let there be built two gates, one on the side of the Old Ghetto where there is a little bridge, and likewise on the other side of the bridge, that is, one for each of said two places.’

The decree added, ‘The gates shall be opened in the morning at the sound of the Marangona [the largest bell of St Markʼs bell tower] and shall be closed at midnight by four Christian guards appointed and paid by the Jews at the rate deemed suitable by our cabinet.’

The words of this edict would toll like a death-knell in the history of the Jewish diaspora, and the Ghettoʼs walls – a physical barrier – became its most powerful and pervasive symbol. The world’s first ghetto was not liberated by Napoleon’s troops until 1797. 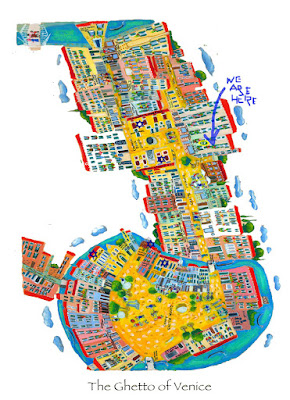 The Ghetto of Venice, mapped out by Michal Meron, and the ScalaMata Gallery

During my recent visit to the Ghetto in Cannaregio, I visited the ScalaMata Gallery whose displays and exhibitions include illustrated Torah scrolls and paintings by the artist Michal Meron. Her paintings accompany two books I bought during my visit: Riccardo Calimani’s 500 years of the Venetian Ghetto and Alon Baker’s The Jewish Festivals and Synagogues around the World.

In his introduction to Riccardo Calimani’s book, 500 years of the Venetian Ghetto, the Chief Rabbi of Venice, Scialom Bahbout, points out that ‘in the history of Jewish culture, Jewish Venice is remembered above all for the abundance of books that were printed there. These include the fundamental texts that form part of every Rabbiʼs education: the Yerushalmi and Babylonian Talmud, the Mikraoth Ghedolot (the ‘Rabbinic Bible’ …), prayer books and many more.’

Michal Meron’s illustrations in Riccardo Calimani’s book, 500 years of the Venetian Ghetto, express the great happiness of the Jews, despite being forced to live locked inside the Ghetto. Moreover, the Venetian Jews remained joyful even when faced with the many restrictions imposed on them.

Chief Rabbi Scialom Bahbout, in his introduction, says the Jewish community in Venice ‘continues to approach problems with the same optimism, because the history of a community like that of Venice deserves to be passed down for another 500 years, not through history books but by living people.’

These paintings are inspired by the history of the Ghetto and its inhabitants. They convey centuries of often painful Jewish experience in joyous images, and succeed in expressing the Ghettoʼs unique atmosphere and evocative environment. 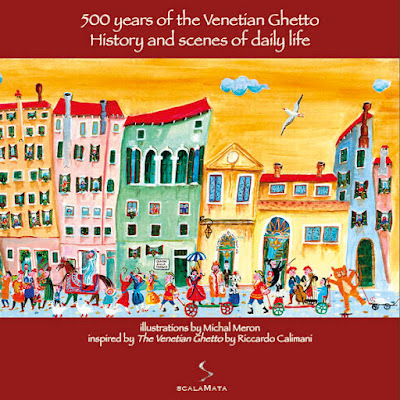 Michal Meron was born in Haifa and was educated and trained as an artist in Vienna and at the Tel Hai Art College in Israel. She has exhibited in Europe and the US in Jewish Museums, institutions and public and private galleries. Her Haggadah has been published in Hebrew, English, French and Spanish and in The Illustrated Torah she represents all 54 Sidrot and Haftarot from the Torah.

Several Jewish Museums in Europe have commissioned her to create a series of paintings showing Jewish scenes in European synagogues, including Amsterdam, Florence, Frankfurt, Prague, Rome, Venice, Vienna, and Worms.

The history of the Ghetto in Venice is the history of a small microcosm, whose vitality and astonishing tenacity speaks to the world. Meron’s and Calimani’s book, 500 years of the Venetian Ghetto, offers a portrait of this community, which is remarkable in its poignancy and strength.

The Jewish world of the Ghetto illustrated in Michal Meron’s images is one of spontaneous exhilaration and irrepressible delight, characterised by a passion for life and the desire for peace. Through her paintings, feelings and aspirations are communicated with an exuberant intensity that a written text alone could not evoke.

Visit the ScalaMata Gallery is HERE. 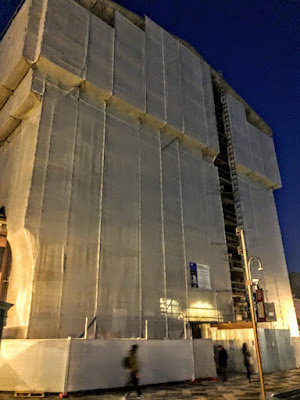 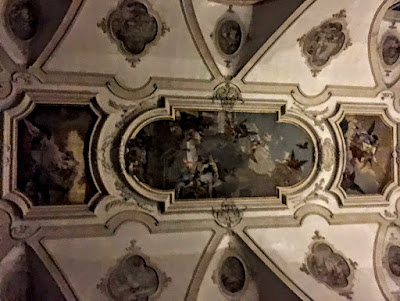 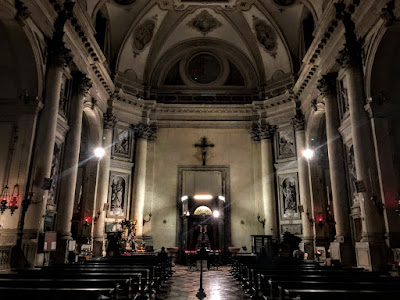 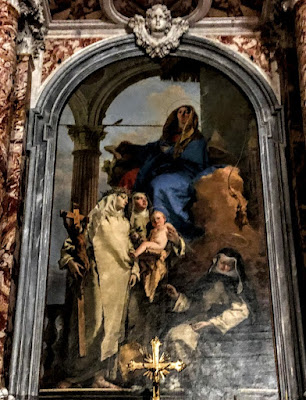 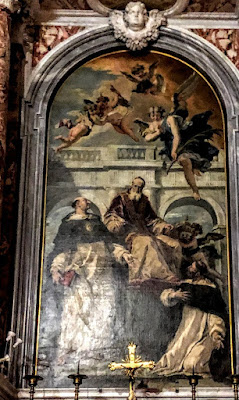 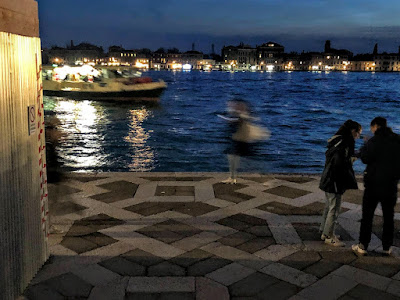