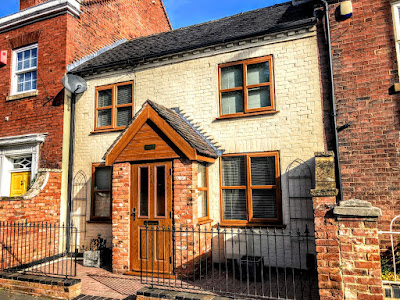 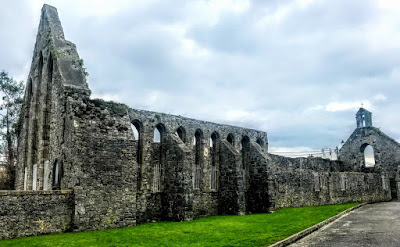 The Franciscan friary in Nenagh was founded by 1252, perhaps by Theobald Butler of Nenagh Castle and Bishop Donal O’Kennedy of Killaloe (Photograph: Patrick Comerford)
Patrick Comerford

The three-day annual clergy conference for priests of the Diocese of Limerick and Killaloe and the Diocese of Tuam, Killala and Achonry continues for a second day today in Adare, Co Limerick.

My theme for these few weeks is churches in the Franciscan (and Capuchin) tradition. My photographs this morning (19 October 2021) are of the ruins of the Franciscan Friary in Nenagh, Co Tipperary. 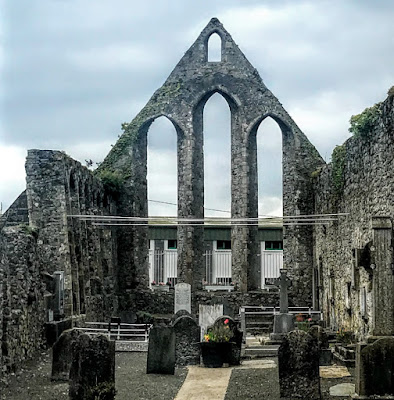 The crowning glory of the abbey was its east gable (Photograph: Patrick Comerford) 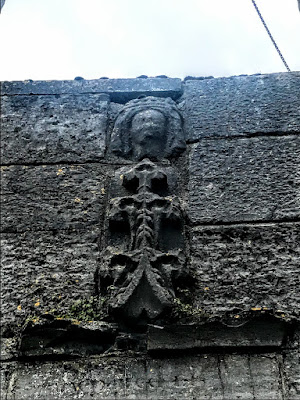 The carvings over the west door include a carved head wearing a 15th century headdress (Photograph: Patrick Comerford)

[Jesus said:] 35 ‘Be dressed for action and have your lamps lit; 36 be like those who are waiting for their master to return from the wedding banquet, so that they may open the door for him as soon as he comes and knocks. 37 Blessed are those slaves whom the master finds alert when he comes; truly I tell you, he will fasten his belt and have them sit down to eat, and he will come and serve them. 38 If he comes during the middle of the night, or near dawn, and finds them so, blessed are those slaves.’ 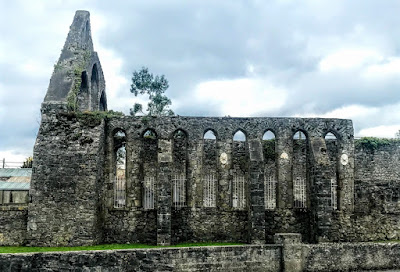 There was a series of 15 windows along the north wall (Photograph: Patrick Comerford)

The Prayer in the USPG Prayer Diary today (19 October 2021) invites us to pray:

Let us pray for the Zambia Anglican Council, which represents Anglican churches across Zambia. 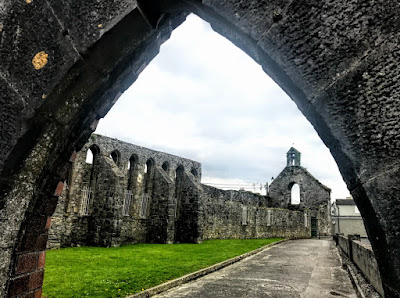 Looking into the ruins from the west end (Photograph: Patrick Comerford) 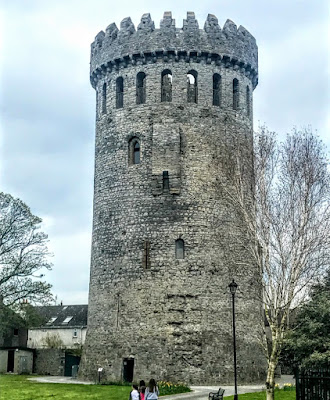 Nenagh Castle … the Franciscan friary in Nenagh may have been founded by Theobald Butler of Nenagh Castle; Bishop Michael Flannery planned to incorporate the castle into a new cathedral in Nenagh in the 1860s (Photograph: Patrick Comerford)