A brisk walk along the coast in Ordinary Time 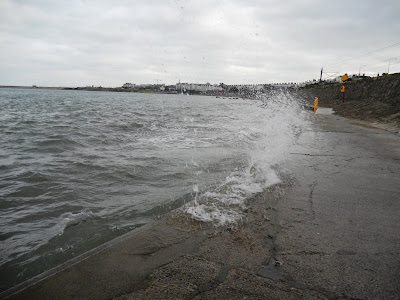 With the high tide, there was little beach to see at Seapoint this afternoon (Photograph: Patrick Comerford, 2012)

It has been a busy weekend, the academic semester has started, the part-time MTh students were in for a full-residential weekend, and we finished with a celebration of the Eucharist at which I president late this morning, followed by a buffet lunch.

I fail to understand why in the calendar of the Church of Ireland we are numbering these Sundays the “Sundays after the Epiphany” and then, after Candlemas, the “Sundays before Lent.” After all, Epiphany marks the end of the Christmas Season, it does not need another few weeks, as if we are marking “the end of the end.” And Lent is itself a time of preparation for Easter; we do not need a time of preparation for preparation.

It all reminds me the television chef who was known for saying: “Here’s one I pre-prepared earlier.”

After lunch, two of us went for an ordinary walk, on an ordinary beach, to get a little bit of ordinary air through our lungs. 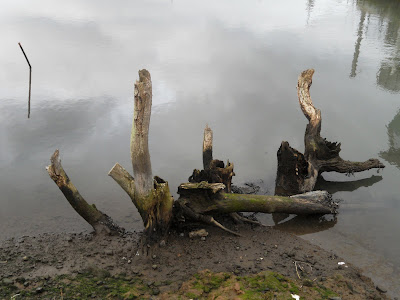 The wetlands at Booterstown looked like a sump this afternoon (Photograph: Patrick Comerford, 2012)

Initially, we thought of going for a walk at the wetlands in Booterstown. But, for some reason, they just looked like a sump today, and after a brief stop there we moved on a little further instead. We parked the car at Seafield Avenue in Monkstown, crossed over Seapoint Avenue, and walked down to Brighton Vale and the Martello Tower at Seapoint. The cul-de-sac at Brighton Vale was built in the 19th century and is the only residential street on the seaward side of the Dart line between Merrion Gates and Scotsman’s Bay.

The Martello Tower was once the headquarters of the Genealogical Society of Ireland, but they found the atmosphere was not conducive to preserving records. Beside the Martello Tower, there is a tiny beach and bathing areas that are popular throughout the year. This afternoon, there was one brave man slowly inching his way into the winter sea beneath the Martello Tower, and just as his hips hit the water I could see his back stiffen and his shoulders arch – the water must have been truly cold, and he must have been truly brave.

The foreshore at the foot of the promenade is a mix of pebbles and sand, interspersed with large granite outcrops. But the waves were a little high this afternoon, beating against the concrete walkway, it was difficult to see any beach at Seapoint today. 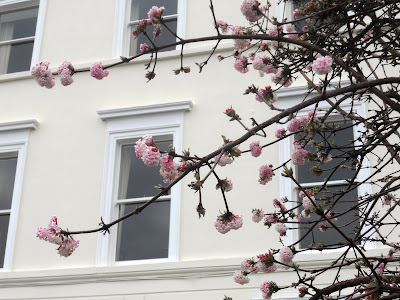 We had a brisk walk on past Salthill and Monkstown Dart station, by the ‘Gut’ and as far as the West Pier at Dun Laoghaire, before turning back, and walking along the streets, from the Purty Kitchen, along Longford Terrace and Seapoint Avenue, admiring the early blooms, including cherry blossom, in some front gardens before we returned to Seafield Avenue.

It was cold, and the brisk walk took less than an hour. It may have been a coastal walk, but with today’s tides it is difficult to describe it as a beach walk. 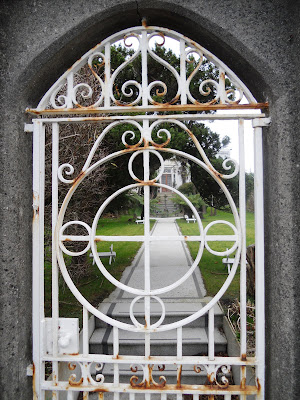