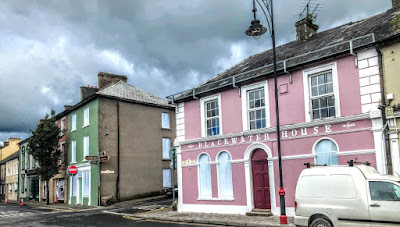 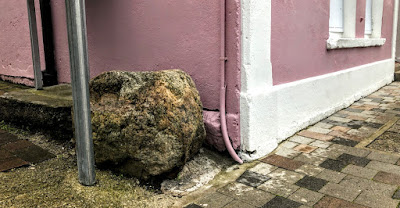 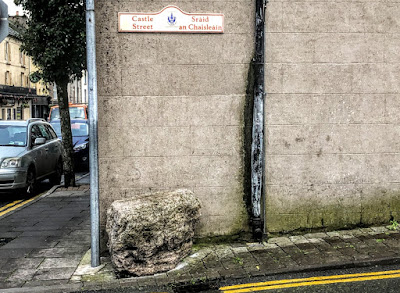 Memories of life and light,
love and laughter, at a
farmhouse in Cappoquin 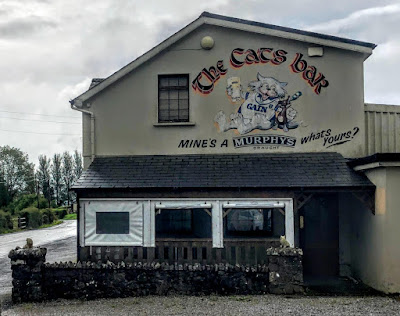 Memories of ‘The Cats’ and ‘the Stage’ outside Cappoquin, Co Waterford (Photograph: Patrick Comerford, 2020)

It is always sad to look at buildings that you associate with childhood happiness but that have changed over the years, fallen into decay or lost their role in the family or in the community.

Looking at the former ‘Cats’ pub north of Cappoquin, at the junction of the roads to Mount Melleray and the Vee, during the first week of my summer ‘Road Trip’ last week, I noticed the loss of another landmark from my childhood.

There were memories of uncles who sneaked us in as they sipped pints, or who passed out ice cream as we waited outside, and memories too of the Power family, who retired some years ago after running this business for six generations.

Across the road, at the corner of the junction, I stared into an empty field that had once been the location of what we called the ‘Stage’ – a wooden platform and the back of a truck that provided the music and the location for ‘dancing at the crossroads’ in the late 1950s and well into the 1960s. 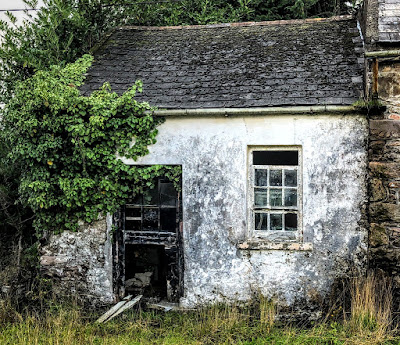 The crumbling ‘dairy’ on my grandmother’s former farm near Cappoquin (Photograph: Patrick Comerford, 2020)

A little further north, I indulged in more nostalgia as two of us also walked around Moonwee, peeping in through the windows of my grandmother’s former farmhouse, reminiscing about each and every room, lovingly recalling long-gone family members.

There were recollections of rural electrification and the introduction of piped water – perhaps rolling out broadband throughout rural Ireland is an important today.

The well that once provided fresh water is now clogged and abandoned; the ‘dairy’ where my grandmother made her own hand-made butter each day is crumbling; the former farm buildings are empty.

Hopefully, in time to come, another family might be interested in the house, and the rooms will be filled again with life and light, with love and laughter. 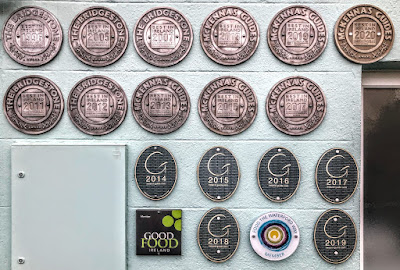 Later that day, between visiting Cappoquin House and Dromana House, we had lunch in Barron’s Coffee Shop, one of Ireland’s oldest commercial bakeries. Barron’s was founded here in the mid-1880s and as children in Moonwee we looked forward to regular deliveries from Barron’s van. Today, Barron’s Coffee Shop is an award-winning restaurant, with its original Scotch brick ovens intact.

Of course, we went out to visit family graves at Drumroe, where the parish cemetery dates from 1910. Local tradition says Saint Declan, the patron saint of Waterford and Lismore, was born in this district of Drumroe, perhaps close to the nearby Famine graveyard known as ‘Reiligín Déagláin.’

But as we walked around the Square and the streets of Cappoquin on those two days and by the shops and pubs and former hotels, more legends and memories came back to mind.

Perhaps I should share some more of those places and memories in the days to come. 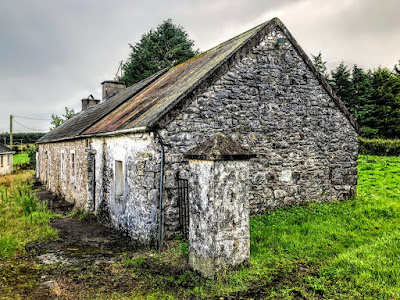 Hoping an old farmhouse can be filled again with life and light, love and laughter (Photograph: Patrick Comerford, 2020)