Thomas Cranmer:
the Cambridge reformer
who shaped the
Anglican Reformation 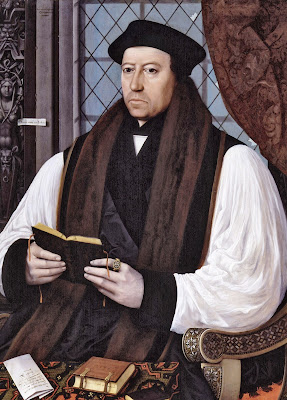 From a student in Cambridge to compiling the first Book of Common Prayer, Cranmer was a central figure in the English Reformation

This year sees the fifth centenary of the Lutheran Reformation and the five-hundredth anniversary of Martin Luther (1483-1546) setting in process the Reformation when he nailed his 95 theses to the door of the church of Wittenberg on 31 October 1517.

But while Luther influenced the Anglican Reformation in many ways, 1517 does not mark the beginning of the Anglican Reformation, and if Anglicanism has any founding figures, then they must include Thomas Cranmer, but many other key figures too, including Nicholas Ridley and Hugh Latimer, as well as John Jewel, Richard Hooker and Jeremy Taylor, who was Bishop of Connor, Down and Dromore.

Admittedly, the Lutheran Reformation strongly influenced the 16th century Reforms in the Church of England and while Thomas Cranmer was a student there, Cambridge become known as ‘Little Germany’ and the ‘Birthplace of the English Reformation’.

Long before Luther is said to have nailed his theses to the door of the Church in Wittenberg in 1517, Desiderius Erasmus was at Queens’ College, Cambridge. There between 1511 and 1514, Erasmus translated his new Greek and Latin versions of the New Testament that would inspire the kind of Bible study that created an interest in Luther’s writings and theology.

When Luther wrote The Babylonian Captivity of the Church in 1520, challenging the traditional sacramental system, Henry VIII was incensed and published his reply, An Assertion of the Seven Sacraments, in 1521, earned Papal approval and Papal honour as ‘Defender of the Faith.’

Although books were burned in Cambridge in 1520 and 1521 in efforts to suppress sympathies for Wycliffe, the Lollards and Luther, English merchants trading between London and Antwerp became a source for Luther’s writings, which were soon read widely in the universities in Cambridge and Oxford.

Cambridge became the nursery of the English Reformation, and many of the English reformers and some of the early martyrs were students and scholars there. The White Horse Inn became the meeting place for these young scholars, and it became known as ‘Little Germany.’ 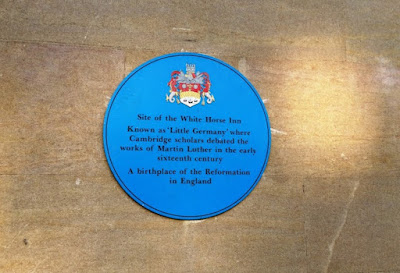 The Cambridge scholars who met at the White House from 1521 came to include Thomas Cranmer, future Archbishop of Canterbury, Robert Barnes, Prior of the Austin Friars in Cambridge and future martyr, Thomas Bilney, who would change Hugh Latimer’s views about the Reformation, Stephen Gardiner, later Bishop of Winchester, Miles Coverdale, translator of the Bible into English and future Bishop of Exeter, Matthew Parker, later Archbishop of Canterbury, William Tyndale, Bible translator, Nicholas Shaxton, later Bishop of Salisbury, John Bale, later Bishop of Ossory, and the martyr Hugh Latimer.

Many of this group were influenced both by the new edition of the New Testament produced by Erasmus and by Luther’s. Many also preached at the Church of Saint Edward King and Martyr, close to King’s College.

At the Midnight Mass in Saint Edward’s in Christmas 1525, Robert Barnes preached what was probably the first openly evangelical sermon in a church in England, and Saint Edward’s became ‘the cradle of the Reformation’ in England.

Finding favour with the king

Throughout the 1520s, Henry VIII and Luther remained estranged, and when Henry sought a divorce Luther concluded the king was bound under pain of eternal damnation to retain the wife he had married. The divorce issue was settled for Henry in 1533 when Thomas Cranmer, Archbishop of Canterbury, dissolved his marriage to Catherine of Aragon and declared the king lawfully married to Anne Boleyn.

Thomas Cranmer (1489-1556) was six years Luther’s junior, and was martyred 10 years after Luther’s death. At the age of 14, he was sent to the newly-founded Jesus College, Cambridge, where he may have been strongly influenced by the Benedictines tradition. As a student in Cambridge, Erasmus was one of his favourite authors, but it was Luther who drew his attention to the Bible.

Shortly after receiving MA in 1515, he was elected to Fellowship at Jesus College. Later, Cranmer found favour with the king in 1529, when he suggested that the king’s divorce was a problem to be settled by theologians and not by canon lawyers. The king sent Cranmer as his representative to the Italian universities and to the Emperor. In Germany, he made his Lutheran connections, and married a niece of Andreas Osiander of Nuernberg.

When Cranmer returned to England, he left his wife behind in Germany and became Archbishop of Canterbury in 1533. One of his first acts as archbishop was to declare Henry’s marriage to Catherine of Aragon void and to validate his marriage to Anne Boleyn. After Cranmer’s consecration, Latimer’s fortunes changed, and he became Bishop of Worcester, in succession to four Italian absentee bishops who had been placed in the diocese, one after another.

In 1534, Henry VIII formally repudiated the authority of the Pope. Latimer began to advise Cranmer and Cromwell on legislative measures, and became the royal chaplain to Henry VIII and Anne Boleyn. That year, Convocation called for a translation of the Bible into English, and the Ten Articles in 1536 mark the beginning of doctrinal reform. Since Tyndale was still considered a heretic, Myles Coverdale was enlisted as the translator of the Bible, with Cranmer writing the preface for this new translation. Cranmer, however, continued to enjoy Henry’s favour until the king’s death in 1547.

One of his first acts as archbishop was to declare Henry’s marriage to Catherine of Aragon void and to validate his marriage to Anne Boleyn. 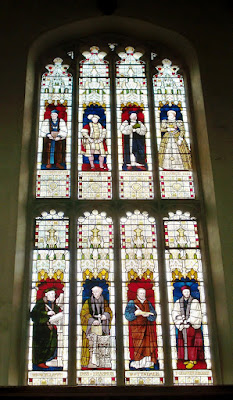 Cranmer drew on Lutheran catechisms, litanies, and liturgies as he compiled the first Book of Common Prayer in 1549. But the Lutheran influence that was dominant in the early Reformation in England diminished during the reign of Edward VI, when England became a haven for religious refugees, including Martin Bucer from Strasburg, who had once tried to bring Luther and Zwingli together and who influenced Calvin’s doctrine of the Lord’s Supper.

When Edward VI died, his sister, Mary I, came to the throne in 1553. She hated Cranmer, who by annulling the marriage of her mother Catherine of Aragon to Henry VIII had declared her illegitimate.

In 1554, papal commissioners began to examine Cranmer, Latimer and Ridley, former Bishop of London. Latimer was burned at the stake in Oxford on 16 October 1555, alongside Nicholas Ridley, outside Balliol College. As the flames rose, Latimer is said to have said to Ridley: ‘Be of good cheer, Master Ridley, and play the man, for we shall this day light such a candle in England as I trust by God’s grace shall never be put out.’ It was said he ‘received the flame as it were embracing it. After he had stroked his face with his hands, and (as it were) bathed them a little in the fire, he soon died (as it appeared) with very little pain or none.’

Cranmer had outlived Luther. In the hope of saving his life, he signed a recantation. But he had been deceived, and he too was also burned at the stake at the same place in Oxford on 21 March 1556. On the day of his burning, he publicly recanted his recantation, confessed his faith, and thrust into the fire the offending hand that he said had ‘written contrary to his heart.’ 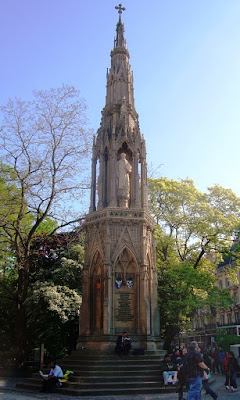 Of almost 300 people burned during Queen Mary’s reign, the most famous are the Oxford martyrs. The Martyrs’ Memorial in the city centre, near the site of their execution, commemorates the ‘faithfulness unto death’ of these three martyrs.

But who was the real Cranmer? And what is his legacy? What did he really believe?

The ‘Prayer of Humble Access’ shows a man of humility, and he seeks to encourage weekly, Sunday Communion. His lasting legacy is often seen as the Daily Office of Morning Prayer and Evening Prayer, yet these are adaptations of the Benedictine offices, effectively bringing daily prayer out of the cloisters and into the parish church.

Anglicans continue to debate whether he was a Lutheran, or at heart what we might today call an Anglo-Catholic. Because of this paradox, he can be owned by all Anglicans, and is the nearest Anglicanism has when it comes to finding a founding figure. 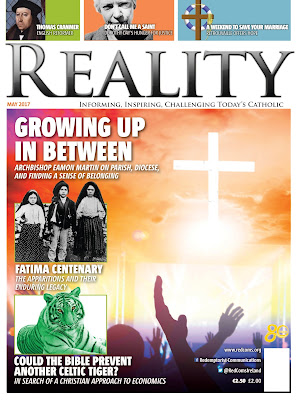