Catching glimpses of Tarbert House
during an afternoon in Tarbert Bay 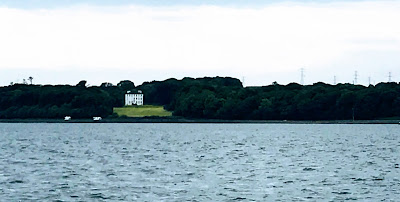 I have often passed Tarbert House during my fortnightly visits to Tarbert, Co Kerry. But my first time to see the house clearly was during my afternoon sailing across the Shannon Estuary yesterday [20 June 2017].

Tarbert House is normally hidden by the large trees that surround it. But as we sailed out of Tarbert Bay, the house came into clear view as it rose up from the surrounding trees and parkland in the distance.

Tarbert House, which dates from 1690, is a Georgian era house built by John Leslie or by James Leslie, Bishop of Limerick, in the Queen Anne style of architecture. The National Inventory of Architectural Heritage suggests the house was built ca 1720.

In 1786, Wilson describes it as ‘happily situated on an eminence commanding an extensive view.’ Tarbert House was owned by Robert Leslie at the time of Griffith’s Valuation, when it was valued at £24 10s.

In the past, visitors to the house are said to have included Jonathan Swift, Benjamin Franklin, the Duke of Wellington, Daniel O’Connell, Charlotte Bronte, Lord Kitchener and Winston Churchill.

After a visit to Tarbert House, Dean Jonathan Swift (1667-1745) wrote: ‘The Leslies have lots of books upon their shelves. All written by Leslies about themselves.’ However, Swift is also said to have written these lines about the leslies of Castle Leslie in Glaslough, Co Monaghan.

John Paul Jones sought shelter for his ship at Tarbert when he was chased by the British navy during the American War of Independence. In order to confuse his pursuers, Raymond McGibney told us in the bay as we looked at Tarbert House, John Paul Jones sent men ashore to place lanterns in the trees, indicating he was still in the bay. Then, under cover of darkness, he sailed silently out to Valentia and on to the US where he founded the US navy.

We were told this story inspired the name of the Lanterns Hotel on the road between Tarbert and Glin.

The US President Benjamin Franklin came to visit Sir Edward Leslie as part of his efforts to rekindle trade between Ireland and America. Franklin presented Sir Edward with a type of rose which, when planted in the gardens of the house, became the inspiration for the famous Rose Pattern that was woven into the curtains that hang to this day in Tarbert House. The pattern has been used since then in curtains as far away as the White House by Nancy Regan, who also visited Tarbert House.

Daniel O’Connell was a friend of the Leslie family and Tarbert House still holds a parchment that is a plea to the House of Commons in 1813 for Catholic Emancipation, signed by bishops, politicians and other notables, including Daniel O’Connell and his brother.

Charlotte Bronte (1816-1855), the author of Jane Eyre, spent part of her honeymoon at Tarbert House, although there is no record of her visit. She married her father’s curate, the Revd Arthur Bell Nicholls, in April 1854. She went to West Clare first and then came to Tarbert House, where she spent a night or two. They then went on to Tralee and to Killarney, where she missed her step getting into a boat. It turned out she was pregnant at the time but soon after she had a miscarriage and died as a result.

Lord Kitchener, who was baptised in a font that is now at Saint Brendan’s Church in Kilnaughtin, once lived on the Leslie estate at Ballygoghlan, where his father had a farm. Surviving correspondence tells how, as a boy, he came to the shore to gather seaweed for his mother’s bath to help relieve her arthritis.

Sir Winston Churchill’s aunt Leonie Jerome married a Leslie cousin, John Leslie of Castle Leslie and it is said that as a boy Winston Churchill spent some of his school holidays at Tarbert House.

Tarbert House, which is located in ancient parkland, retains many of its original internal features, furniture, pictures and decorative forms. They are testimony to the importance of this house in Ireland’s architectural heritage.

Although the estate was sold to the tenants around 1904, Tarbert House remains the home of the Leslie family to this day, and is occasionally open to the public during the summer months.

Tarbert House is open this year [2017], from May to August, from 10 am to 12 noon, and from 2 pm to 4 pm, and during National Heritage Week (19 to 27 August) the house is open each day from 10 am to 4 pm. However, it is advised to contact the house directly before making any arrangements to visit. 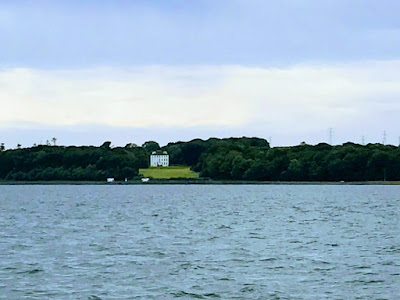 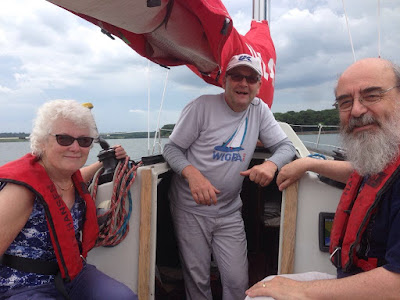 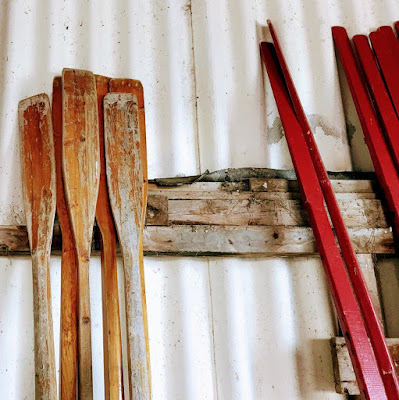