USPG focuses on 40 Days of Peace 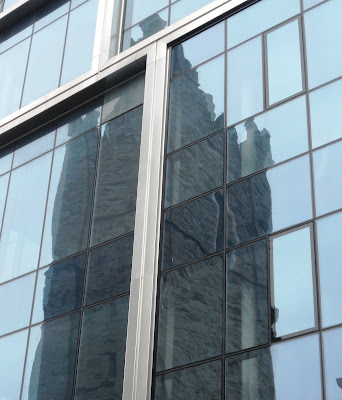 The tower of Saint Saint Michan’s Church, reflected in a modern office block ... the new USPG offices are at Egan House in the church grounds (Photograph: Patrick Comerford, 2012)

Janette O’Neill, the London-based CEO of USPG – Anglicans in World Mission, was in Dublin for the meeting too.

The Archdeacon of Swaziland, the Ven Bheki Magongo, who has been visiting dioceses, parishes and schools throughout the Church of Ireland, spoke to board members about the difficulties and opportunities facing the Anglican Church in Swaziland.

Swaziland is a land-locked country in southern Africa with a population of about 1.1 million, but one-third of the population is HIV + or has AIDS, there are over 300,000 orphans, over half the population is unemployed, and 75 per cent of the people are living below the poverty line.

Archdeacon Bheki has been visiting Ireland under sponsorship from USPG and has been a visiting scholar at the Church of Ireland Theological Institute. He has also visited the Diocese of Dublin and Glendalough, Cashel and Ossory, Limerick, as well as visiting schools and parishes in Dublin, Kilkenny, Waterford and Leitrim.

Lent begins tomorrow [Ash Wednesday], and for Lent this year, USPG in both Ireland and Britain is focussing on a 40-day journey of peace, and seeking help to support the work of Anglican Churches around world.

A five-week Lent study course, 40 Days of Peace, has been prepared, along with daily meditations for each day of Lent, and a poster and a PowerPoint to download from the ‘Further resources’ section of the USPG website.

During Lent 2012, USPG hopes to inspire parishes and congregations to find more peace in their own lives and to become peacemakers in their communities. USPG also wants people to be inspired by the peace work of Anglican Churches around the world. 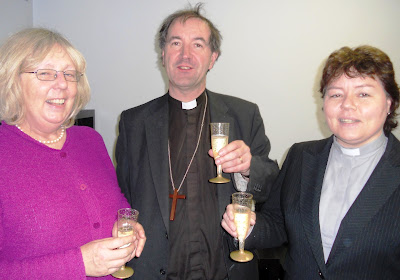