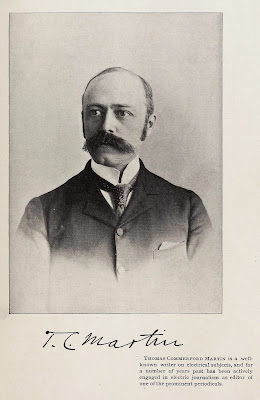 Martin was born in Limehouse, London, on 22 July 1856, the son of Thomas Martin and Catherine (Commerford).

His mother, Catherine Commerford, was born in 1825 in Ramsgate, Kent, the daughter of Nicholas William Comerford (1786-1858) and Mary (née Muddle) of Thanet, Kent. Nicholas and Mary Commerford married 25 September 1815 in Saint Lawrence, Thanet, and they were the parents of:

After the death of Catherine (Commerford) in 1882, Thomas Martin married his second wife, Jeannette Wilson Smiles (1845–1926) on 9 August 1883, in Brockley, Kent, and they were the parents of four more sons:

Thomas Martin’s pioneering work with the submarine cable industry gave his second son Thomas Commerford Martin a unique experience as a boy when he was allowed to spend much of his time on the cable-laying steamship SS Great Eastern. It was then he made his early acquaintance with Professor William Thomson, later Lord Kelvin.

However, at the age of 21, Thomas Commerford Martin left England and moved to the US in 1877. In New York, he entered Thomas Edison’s laboratory at Menlo Park in 1877, and he remained there until 1879. Some of the experimental work on which he was engaged involved the early phonograph, the electric pen, printing and embossing telegraphs, and the carbon telephone transmitter. He was associated with Thomas A. Edison in several inventions of the day, and wrote many articles about them in the New York newspapers, notably on the telephone, microphone, and phonograph.

He married his first wife, Elizabeth Gould (1864-1909), in Kingston, Jamaica. She was the daughter of John Gould of Gravesend, and she died in 1909. In 1910, he married his second wife, Carmelita Beckwith (1869-1947). Carmelita was the co-author with Adele Marie Shaw of The Lady Of The Dynamos (1909). Thomas Commerford Martin was the father of three sons:

Meanwhile, the Commerford family name was continued in the family of Thomas Commerford Martin’s brother, George Ernest Martin (1861-1922), among his children and grandchildren. 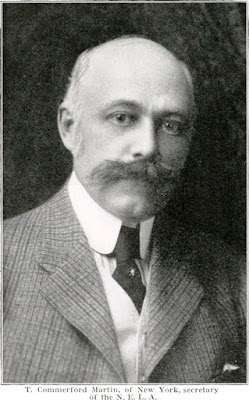 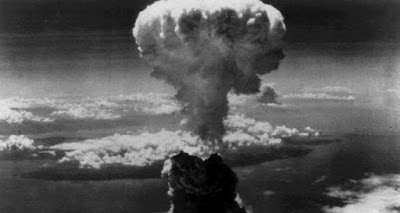 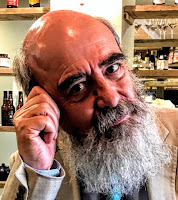