Cambridge Summer School to take a new look at icons 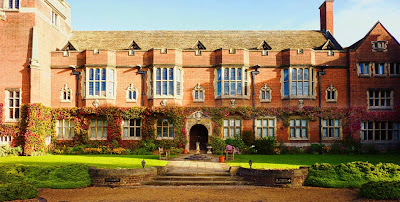 Westminster College, Cambridge ... the venue for this year’s IOCS Summer School, which has the theme “The Icon – A bridge between East and West”

The Institute for Orthodox Christian Studies in Cambridge has announced details of this year’s Summer School. The 13th International Summer School, with the theme “The Icon – A bridge between East and West,” takes place from 22 to 27 July 2012.

The venue for the conference has moved from Sidney Sussex College to Westminster College. The lecturers and speakers include Metropolitan Kallistos Ware, Aidan Hart, Revd Professor Andrew Louth, and Dr Marcus Plested.

Metropolitan Kallistos of Diokleia is a Metropolitan of the Ecumenical Patriarchate and former Spalding Lecturer in Eastern Orthodox Studies at Oxford University, and a fellow of Pembroke College, Oxford. He is the author of numerous books and articles on Orthodoxy, including The Orthodox Church, first published by Penguin in 1963, and The Orthodox Way (1979).

Aidan Hart, a reader in the Greek Orthodox Church, has been a professional icon writer and carver for over 25 years. He has works in more than 20 countries and in many cathedrals and monasteries. He draws in particular on the Byzantine, Russian and Romanesque icon traditions.

Professor Andrew Louth has been at Durham University since 1996, for most of the time as Professor of Patristic and Byzantine Studies. His books include: Origins of the Christian Mystical Tradition: from Plato to Denys, and his The Wilderness of God was republished in a revised edition in 2003. He edited a revised edition of Early Christian Writings (Penguin, 1987). He has recently finished Greek East and Latin West: the Church AD 681-1071. Formerly an Anglican priest, Father Andrew is a priest of the Russian Orthodox Church, editor of the journal Sobornost, and co-editor of the series Oxford Early Christian Studies

Dr Marcus Plested is Vice-Principal of the IOCS and Academic Director. His doctoral thesis at Oxford in 1999 on the Macarian Homilies was supervised by Metropolitan Kallistos. His most recent book is The Macarian Legacy: The Place of Macarius-Symeon in the Eastern Christian Tradition.

Places at this year’s summer school can be reserved with a pre-enrolment non-refundable fee of £50. The final deadline for payments is 6 July 2012.

The fees for the Summer School are:

For participants attending one day of the Summer School, the one-day fee with lunch is about £80, or £65 without lunch. Participants can also book the festive dinner separately for an extra £35. 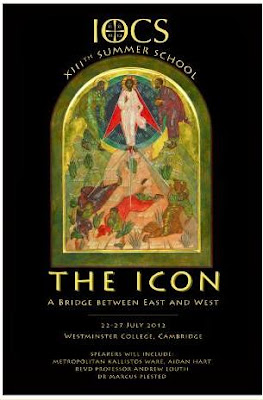 The college was designed by Henry T Hare, with an attractive, warm brick-and-stone facade, rising above a stony concourse behind high railings on the bend of the road. It is close to the Castle Mound, Kettle’s Yard and Magdalene College and is only a short stroll away from the Backs.

Westminster College begin life in London in 1844 as the college of the Presbyterian Church in England. The first lectures were in Exeter Hall before the college moved in 1859 to Queen’s Square, London. The college moved to Cambridge in 1899 when two widowed Scottish sisters, Agnes Smith Lewis (1843–1920) and Margaret Dunlop Gibson (1843–1926) from Ayrshire, donated a new site. In 1892, they discovered the Sinai palimpsest of the Old Testament in Saint Catherine’s Monastery on Mount Sinai – incidentally Saint Catherine of Mount Sinai is also the patron saint of the Institute for Orthodox Christian Studies.

Westminster College and the Congregational college, Cheshunt College – which had been located at Cintra House on Hills Road – were united in 1967, five years before the formation of the United Reformed Church. (Cintra House now houses the Cambridge offices of the Open University.)

The library at Westminster College is one of the finest theological collections in Cambridge and includes 17th-century pamphlets and oriental manuscripts presented by Agnes Lewis and Margaret Gibson. The remarkable story of these Scottish sisters is told in a recent book, Sisters of Sinai (Chatto and Windus, 2009) by Janet Soskice, Professor of Philosophical Theology in Cambridge University and a Fellow of Jesus College.

Distinguished theologians at Westminster in the past include: Professor John Oman, a pioneer in the introduction of the theology of Schleiermacher to the world of English-speaking theology; HH Farmer, who was the Norris-Hulse Professor of Theology in Cambridge University; WAL Elmslie, remembered for his work in Old Testament studies; and Patrick Carnegie Simpson, Professor of Church History in Cambridge.

Other distinguished theologians who have contributed to the life of the college and the wider church include TW Manson, Rylands Professor in the University of Manchester; Leslie Newbigin, ecumenist, bishop, scholar and pioneer of the Church of South India; William Paton, a seminal figure in modern ecumenism; and John Hick, one of the leading philosophers of religion.

More information about the summer school and the Institute for Orthodox Christian studies is available at: http://www.iocs.cam.ac.uk/.
Posted by Patrick Comerford at 06:30 No comments: