Power and privilege and a pitiable plight

Old 1, 5 and 10 lepta postage stamps from Greece … the widow’s two lepta were the smallest coins in the Mediterranean world

Our collects, readings and post-Communion prayer this evening are those of last Sunday, the Third Sunday before Advent [7 November].

In the lectionary readings, we have been working our way through Saint Luke’s Gospel. After a long journey, Christ has arrived in Jerusalem, and we are preparing for the climax of the Gospel: his Passion, Death, Burial and Resurrection.

These current readings are appropriate pre-Advent readings as we prepare for Christ’s coming among us, not merely as a cuddly child in a Christmas crib, but as Christ the King.

After his arrival in Jerusalem, Christ is in the Temple each day, teaching kingdom values (Luke 19: 47). But his teaching is ignored by those who see him as a threat to their power and their privilege, by those who want to get rid of him at any cost (Luke 19: 47-48; 20: 20) … without realising that their choice, their actions, are part of the climax that ushers in Christ’s reign.

As an example of his kingdom values, his rejection of the either-or options, the black-or-white, take-it-or-leave-it values of the world, Christ refuses to enter the debate about paying Temple taxes with imperial Roman coins (Luke 20: 21-25).

And so another trap has to be set – this time it’s the Sadducees, the Temple priests, who set the trap.

The Sadducees had very traditional views of the Law and rejected what they saw as the novel idea of life after death. They saw it as a dangerous innovation, an importation from the Babylonian exile, a Persian idea adapted by the Pharisees. The more traditional view accepted that people were rewarded or punished by God in this life.

So they pose this puzzle about a woman who ends up marrying seven brothers, each of whom dies in turn. In the new life, whose wife will she be?

Jesus’ answer to the Sadducees is three-fold:

Firstly, the kind of life led by those whom God will raise from death to new life is quite different from the sort of life we live now.

Secondly, the dead shall be raised because God is the God of the living. To live and to live truly is to live in relationship with God. God’s relationship with those God loves cannot be defeated, even by death, and so all other relationships are of secondary importance.

Thirdly, Jesus’ response is a reminder that the things we think of as important in our lives – institutions like marriage, political structures, economic systems, and even the outward forms of the Church – are temporary constructions to protect us in this life. In the age to come, they have no significance, no meaning, no value. In the Kingdom of God, God’s love alone unites us with God and with each other, and we have no need for those temporary structures.

When they do not reflect kingdom values, they become debased and lose value, significance and meaning. It’s easy to understand that in this country, in terms of the political and economic crises we face. It’s more difficult to say that in terms of relationships and marriages.

If we live our committed relationships in this life with integrity and honesty and self-sacrifice they can become a sign of how we live our risen lives in the age to come.

We cling so tightly to the structures of marriage and family because we see family and marriage as foundational for society and its structures. But what about the people who become the victims of our constructed structures when they have visibly turned sour?

In all their questions to Christ, the Sadducees betray an underlying acceptance that the structures of the day – the religious hierarchy with the High Priests at the top; the political structures with their acquiescence in unjust structures that marginalise the poor, women and minorities; the family and societal structures that dictate when and who women should marry – are at their service, at the service of the elite, rather than signs of the Kingdom of God.

Who is the sign of the Kingdom of God in this story? And who is marginalised, forgotten, abused?

There is one figure in this story defined not by her beliefs or function or role in life, but because of the men in her life, and by what men think of her.

How would you feel if you were a widow listening to this story in the back pew of a parish church last Sunday morning? It would certainly be an exaggerated reminder of your plight and your marginalisation.

To us, the questions in this story stretch the limits of credulity. They are so hypothetical that they appear absurd. But they were neither hypothetical nor absurd if this woman really existed, if her plight was well known in Jerusalem in those days.

Then her plight and place becomes more pitiable.

As my mind wanders, I like to compare her with two other women in a similar plight in the Gospels.

The first is the Samaritan woman at the well in Sychar (John 4: 7-42). She too comes from a religious group who, like the Sadducees, refuse to accept the concept of life after death, dismissing it as an innovation, a Persian importation by the Pharisees.

And she too is in danger of being marginalised and dismissed, of becoming an object, because she is married (or has been married) to five husbands.

She debates with Jesus, she argues with Jesus, she jokes with Jesus, she cajoles Jesus. She is so marginalised that even the disciples fail to join in the conversation or to appreciate its significance (see John 4: 27). Yet she becomes the most effective missionary in the Fourth Gospel: husbands or no husbands, she brings her city to Christ as the Messiah (verse 29), and “many … believed in him because of the woman’s testimony … And many more believed because of his word” (verses 39, 41).

The second woman I am forced to think about is the woman who appears in the verses immediately after our Gospel reading this evening (see Luke 21: 1-4).

Remember that the chapter divisions and headings are not a natural part of the original text. And this debate, in which the Sadducees mock and marginalise a poor woman, in which the priests of the day show no compassion for her, no understanding for her plight and predicament, leads naturally to the woman appearing before them and being the true priest in the Temple.

She is the Christ-like figure, the one who gives up everything so that God is truly worshipped and served, and humanity truly invited into the kingdom.

Who shows true faith and its fruits?

Who is the true priest in the Temple? 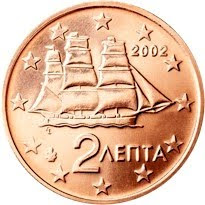 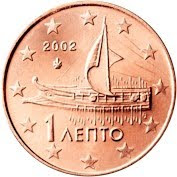 The story this evening leads straight into that concluding image of that poor widow arriving in the Temple.

She has nothing of our own.

Without children, she is left with no visible means of support.

All she has are two of the smallest coins known in the Mediterranean basin – two lepta in Greece today are worth only two cent – until recently there were 100 lepta to the drachma, and there were 370 drachmés to the Euro.

In the Kingdom of God, there will be neither lost lepta nor squandered zillions, neither high priests nor widows. All that will matter is whether we have lived our lives, as priests or as widows, as lives that point to the Kingdom of God.

And when you are ordained priests, it may feel at times in your parishes that you are being asked to live on a mere two lepta rather than with the wealth of the priests of the Temple. But I hope you live not on the faith of those wealthy, arrogant priests but on the faith of that poor, humble widow, and that you will be not holders of power and privilege but pointers to the Kingdom of God.

Almighty Father,
whose will is to restore all things
in your beloved Son, the king of all:
Govern the hearts and minds of those in authority,
and bring the families of the nations,
divided and torn apart by the ravages of sin,
to be subject to his just and gentle rule;
who is alive and reigns with you and the Holy Spirit,
one God, now and for ever. Amen.

God of peace,
whose Son Jesus Christ proclaimed the kingdom
and restored the broken to wholeness of life:
Look with compassion on the anguish of the world,
and by your healing power
make whole both people and nations;
through our Lord and Saviour Jesus Christ. Amen.

Canon Patrick Comerford is Director of Spiritual Formation, the Church of Ireland Theological Institute. This sermon was preached at the mid-week Community Eucharist on 10 November 2010.

Posted by Patrick Comerford at 17:20 No comments: