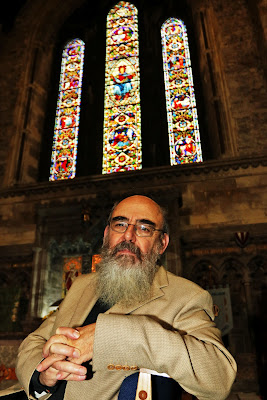 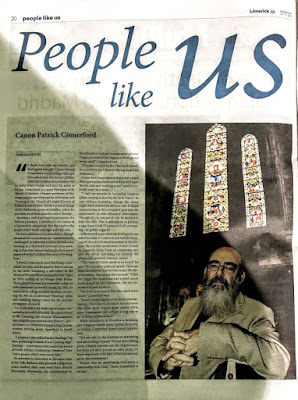 ‘Abide with me’: the funeral hymn
of a former curate in Co Wexford 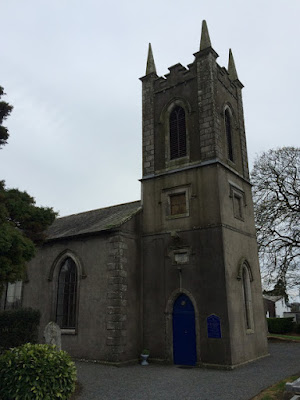 Abide with me is one of the most popular funeral hymns in the English-speaking world. It is said to have been a favourite of a wide range of people, from George V to Gandhi, it was played by the band on the deck as the Titanic was sinking, and Nurse Edith Cavell repeated its words as she faced her firing squad. The tune by WH Monk has influenced many composers, including Gustav Holst and Ralph Vaughan Williams.

Since 1927, this hymn has been sung at every FA Cup Final in Wembley. And it features in many movies, including the funeral scene in The Full Monty, and in modern literature, including George Orwell’s Burmese Days.

This perennially popular funeral hymn was written as he was dying by a priest of the Church of Ireland, the Revd Henry Francis Lyte (1793-1847). Although born in Scotland, Lyte was brought to Ireland as a child when his father deserted the family and his mother moved to London.

The Revd Dr Robert Burrowes had resigned as Archdeacon of Ferns and Rector of Adamstown, Co Wexford, at the height of the 1798 Rising to become the headmaster of Portora Royal School in Enniskillen. He took compassion on the small boy, and he and his wife took Lyte into their home and paid for his education in Portora and later in Trinity College Dublin.

Despite poverty, difficulties and hardships, Lyle did well at Trinity, won three poetry prizes, was elected a scholar, and changed his mind about studying medicine, turning his attention to ministry. Against all the rules, he was ordained a deacon and priest in 1814 and 1815 within months of each other at the early age of 21. Through Robert Burrowes’s contacts in the Diocese of Ferns, Lyte was appointed curate of Saint Munn’s Church, Taghmon, Co Wexford, where the new Rector was the Revd Simon Little.

Lyte described his eighteen months in Taghmon as a ‘dreary curacy.’ Taghmon was too remote from town life, and he bemoaned the loss of ‘the comfort, the society and the carelessness’ of constant intrusions, the long dinner parties, and the time he had to give to neighbours and parishioners. But the spiritual outlook and religious values of the unhappy curate were changed as he watched the death of a neighbouring rector, the Revd Abraham Swanne, and took over his duties in the parish of Killurin, on the west bank of the Slaney, between Wexford and Enniscorthy.

Swanne died on 8 February 1816, at the age of 44. His faith in the face of death and the effect of his death on his three tiny children transformed Lyte and brought him close to a mental and physical breakdown. One of his last acts was to chair the Easter Vestry in Killurin in 1816. Soon after he left for the Continent to convalesce in France and Italy. In Jersey, he met his father once again, and was godfather to his own half-brother, Thomas Henry Lyte.

Lyte never returned to County Wexford. Instead he settled in the south of England, where he met and married Anne Maxwell, daughter of a Co Monaghan clergyman and a cousin of the Maxwell Barry family who gave their name to Newtownbarry, now Bunclody, Co Wexford. With this marriage, Lyte received a welcome legacy that allowed him to pay his debts to Burrowes and to live in comfort for the rest of his days.

In theology Lyte was an evangelical and in politics he was a Conservative, opposed to Catholic Emancipation but more strongly opposed to slavery. His last parish was Brixham, where he was vicar for 23 years. There his reputation grew as a hymn writer, and his famous works include Praise My Soul, the King of Heaven and God of Mercy, God of Grace.

Lyte shifted, however, towards the Oxford Movement and its High Church expressions of Anglicanism. When he declared his new sympathies in 1846, he lost many members of his congregation, including his entire choir, who walked out and joined the Plymouth Brethren.

Lyte’s health had never recovered fully after his experiences in Taghmon and Killurin, and he spent long winters in Naples, the Tyrol and Switzerland, away from his family and his parish. In September 1847, he preached his farewell sermon, on the subject of the Eucharist, returned to his vicarage and that evening wrote Abide with Me.

In part, the hymn is based on the story of the disciples meeting the Risen Christ on the road to Emmaus and pressing him: ‘Abide with us, for it is toward evening, and the day is far spent’ (Luke 24: 29). It may also have been inspired by the view of the ebbing and flowing tides from his vicarage and his own failing health. But the hymn is also marked by Lyte’s experience of comforting the dying Abraham Swanne, who kept repeating the words ‘Lord, abide with me.’

The words ‘Thou on my head in early youth did smile’ refer to the way Robert Burrowes took care of Lyte after he was abandoned as a child. The words ‘when other helpers fail’ refer to the parishioners who left him. But the whole hymn reflects his awareness of his impending death, with the feeling that his life was ebbing away as he prepared for the dawn of ‘heaven’s morning.’

By then Lyte was afflicted with tuberculosis. He sent the manuscript to his wife from Avignon, and moved to Nice. As he lay dying, he was attended by Archdeacon Henry Manning of Chichester, who was staying in the same hotel. Manning was a leading Tractarian and later became Cardinal Archbishop of Westminster.

Lyte died in Nice on 20 November 1847 and was buried in the English Cemetery there. He is commemorated by plaques in Saint Munn’s, in Westminster Abbey, at Portora, in Brixham, and at his birthplace near Kelso in Scotland. But Abide with me is his greatest memorial and remains one of the most popular hymns ever written.