A week older but an hour younger 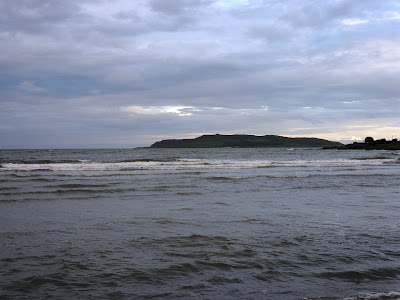 Winter approaches in Portrane ... looking from the Burrow Beach towards The Quay and Lambay Island this afternoon (Photograph: Patrick Comerford, 2010)

It was a privilege to be deacon at the Cathedral Eucharist in Christ Church Cathedral, Dublin, this morning. Outside, it was blustery, grey morning; I may be a seven days older and an hour younger than I was this time last week, but the clocks going back tell us autumn is over and winter has blown in.

From now on, the evenings are closing in, and the countdown to Advent has begun.

The celebrant was Dean Dermot Dunne; the preacher and canon-in-residence was Archdeacon Ricky Rountree; and Canon Kenneth Kearon from the Anglican Communion Office in Lambeth Palace was in his stall too.

There were two added treats this morning: the baptism of Amy Rose Carswell, a granddaughter of the late Douglas Gageby, former editor of The Irish Times, and Franz Schubert’s Mass in G, sung by the Cathedral Choir.

This is the best known of the three "shorter" Masses composed by Schubert between the more elaborate first and fifth masses. It was written in less than a week in 1815, when Schubert was barely 18. He died 13 years later.

After a stroll through Temple Bar and lunch with friends in La Taverna on Ormond Quay in Dublin’s Italian Quarter, two of us headed out to visit my cousins in Portrane and Donabate, and for walks on the beaches.

On the Burrow Beach in Portrane, there was a swell on the water, but four or five yachts were braving the weather and making their way north of Lambay Island into Rush or, perhaps, Skerries. 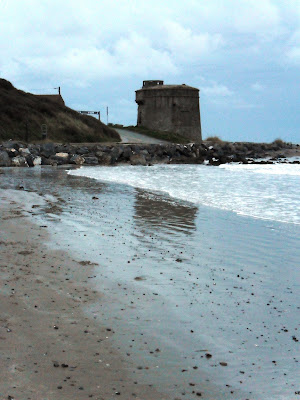 Lingering autumn lights ... the beach at Balcarrick in Donabate at dusk this evening (Photograph: Patrick Comerford, 2010)

In Donabate, the waves were crashing in against the rocks below the Martello Tower. The long beach at Balcarrick was inviting, despite the fact that dark was falling.

The sun had set in the west when we turned back to Donabate, where children were out on the streets, dressed up for their ‘Trick-or-Treat outings. Along the M50 back to Knocklyon, the night skies were filled with fireworks and Chinese lanterns.

Winter may be closing in, but I have happy memories of summer and autumn this year, and I hope to continue my beach walks, which have been so good for feeling of well being despite sarcoidosis – I may have sarcoidosis, but sarcoidosis will never have me.
Posted by Patrick Comerford at 20:45 No comments: