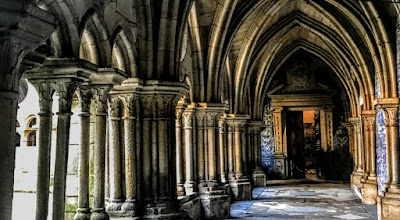 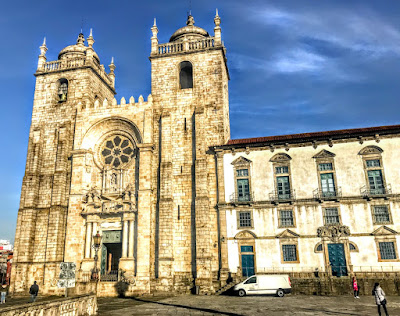 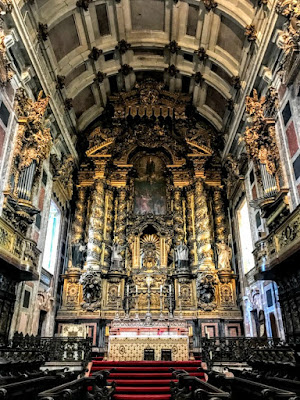 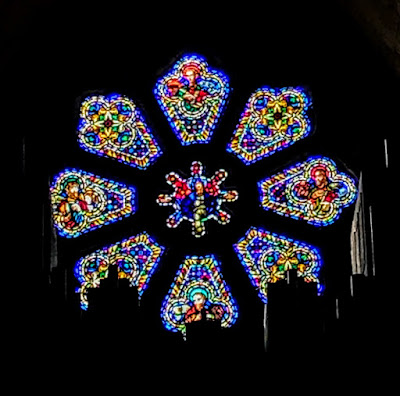 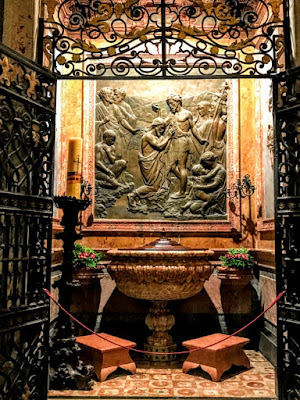 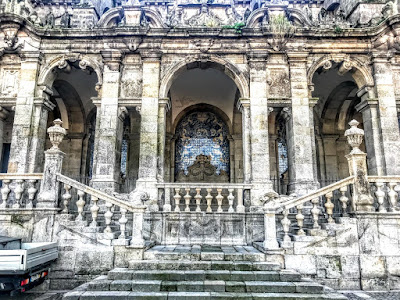 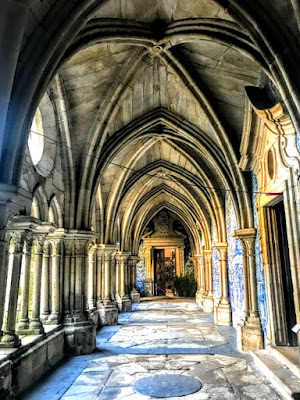 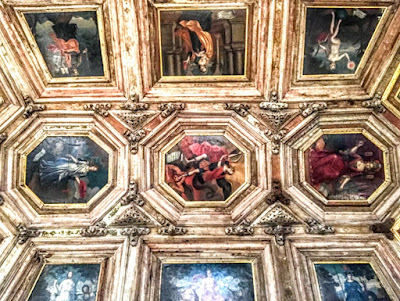 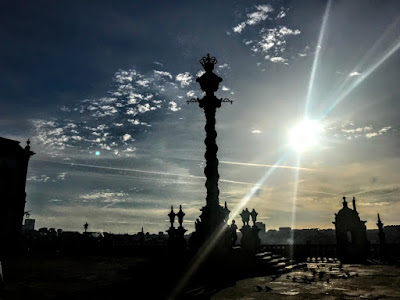 The centre of Porto retains many of its original 18th century buildings and has been classified as a world heritage site by Unesco (Photograph: Patrick Comerford, 2019; click on image for full-screen view)

I am in Porto, the second city of Portugal, for a few days, having arrived here on a flight from Dublin yesterday [4 February 2019]. This is my second visit to Portugal – I spent a few days in Lisbon in November 2014.

The early Celtic-Latin name of the city, Portus Cale, is sometimes said to be the origin of the name of Portugal, and the city has given its name to Port wine, one of Portugal’s best-known exports.

Porto dates back to ca 300 BC, when Celtic people settled along the banks of the Douro. Under the Roman rule, the city developed as an important commercial port, and later it was a centre for Christian expansion.

Porto was captured by the Moors when they invaded the Iberian Peninsula in 711. In 868, Count Vímara Peres, a subject of King Alfonso III of Asturias, reconquered the area from the Minho to the Douro River, including Portus Cale, later referred to as Portucale, and established the County of Portugal.

John I of Portugal and Philippa of Lancaster, daughter of John of Gaunt, were married in Porto in 1387, symbolising a long-time alliance between Portugal and England, the world’s oldest recorded military alliance.

It was also from the port of Porto that Prince Henry the Navigator, son of John I of Portugal, set off in 1415 on an expedition initiated the Portuguese Age of Discovery.

In 1642, two years after the restoration of Portugal’s independence, Nicholas Comerforde was the first British consul in Porto.

The Methuen Treaty in 1703 established trade relations between Portugal and England, and the first English trading post was established in Porto in 1717. The production of port wine then gradually passed into the hands of a few English firms.

Porto is known as the city of bridges, and I crossed some of the bridges over the Douro late yesterday afternoon after my arrival and after a late lunch. The first permanent bridge, the Ponte das Barcas, was built in 1806. It was replaced by the Ponte D. Maria II, popularised under the name Ponte Pênsil and built in 1841-1843. The Ponte D. Maria, a railway bridge, was designed by Gustave Eiffel, who also designed the Eifel Tower in Paris. The later Ponte Dom Luís I replaced the Ponte Pênsil.

I am staying in the historic centre of Porto, which Unesco designated a World Heritage Site in 1996. The architectural highlights of the city include Porto Cathedral, the oldest surviving building, the small Romanesque Church of Cedofeita, the Gothic Igreja de São Francisco (Church of Saint Francis), the remnants of the city walls and some 15th-century houses.

Other interesting buildings include the magnificent Stock Exchange Palace, with its Arab Room, the Hospital of Saint Anthony, the Municipality, the buildings in the Liberdade Square and the Avenida dos Aliados, the tile-adorned São Bento Train Station and the gardens of the Crystal Palace.

Porto is home to the largest synagogue in the Iberian Peninsula and one of the largest in Europe – the Kadoorie Synagogue, opened in 1938 – and I plan to take part in a walking tour of Jewish Porto later today.

Porto is also on the Portuguese Way path of the Camino de Santiago, starting at the Sé or Cathedral, and I am planning a visit to Santiago de Compostela tomorrow [6 February 2019].

Join me over the next few days on my rambles through the second city of Portugal and on my own short and brief pilgrimage to Santiago de Compostela in north-west Spain.