With the Saints in Lent (44): Patrick Forbes and the Aberdeen Doctors, 28 March 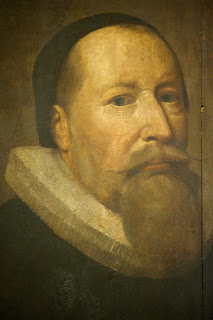 Patrick Forbes and the Aberdeen Doctors are commemorated in the Calendar of the Scottish Episcopal Church today [28 March]. They lived at a time of great upheaval in the Church in Scotland, and Bishop Patrick Forbes (1564-1635) is widely recognised as a man who was “guid, godly and kind.”

Patrick Forbes, who was born on 24 August 1564, was the eldest son of William Forbes, Laird of Corse, and his wife Elizabeth Strachan. His younger brother, Sir Arthur Forbes, went to Ireland in 1620 and was the ancestor of the Forbes family of Castle Forbes and Granard, Co Longford, whose family titles included Earl of Granard.

When William Forbes died in 1598, left his estates to his eldest son, Patrick.

Patrick wrote a number of theological writings during this period, including An Exquisite Commentarie upon the Revelation of Saint John (1613) and A Short Discovery of the Adversarie (1614). In the first book, he expresses vehement anti-Catholicism and argues that the Roman Catholic Church was corrupted by the greed of bishops, even before the reign of the Emperor Constantine the Great, and that this corruption became irreversible during the papacy of Pope Boniface VIII. However, in the second book, he moderates his views on episcopacy, although he still declares bishoprics to be unnecessary institutions.

Nevertheless, in January 1618, Patrick was nominated King James I to succeed Alexander Forbes as Bishop of Aberdeen. He was elected bishop on 24 March, and was consecrated on 17 May.

Initially, it appears, Patrick was reluctant to take up the position, but cited his obedience to the king’s wishes. Although he was well respected for his piety and theology, as bishop he met hostility from the anti-episcopal Presbyterians in the Church of Scotland.

As Chancellor of the University of Aberdeen, Forbes was responsible for much reorganisation in the university, including a reconstruction of the system for the education and training of future ministers.

When Patrick Forbes died on 28 March 1635, he was buried in Aberdeen Cathedral.

Patrick Forbes and his wife Lucretia Spens had five children, including the noted theologian John Forbes, one of the six Aberdeen Doctors who are also remembered today.

The Aberdeen Doctors were six scholars working at Marischal College and King’s College, Aberdeen, who worked under the leadership of Patrick Forbes, Bishop of Aberdeen, until 1635. After Bishop Forbes died, the Aberdeen doctors continued to be distinguished for their work as theologians at Aberdeen, but they are also remembered for their opposition to the National Covenant of 1638.

Their adherence to Episcopacy and their support for the Articles of the Assembly at Perth, which in 1618 which prescribed several Episcopalian forms of worship, form the backdrop of their opposition to the Presbyterian Covenanters. 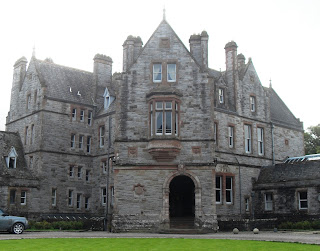 The six Aberdeen doctors were:

● The Revd William Leslie, Principal of King’s College and their leader after death of Bishop Patrick Forbes in 1635. William Leslie’s brother, John Leslie (1571-1671), was Bishop of the Isles before moving to Ireland where he was Bishop of Raphoe and later Bishop of Clogher, and ancestor of the Leslie family of Castle Leslie, Co Monaghan.

● The Revd John Forbes of Corse (1593-1648), theologian at King’s College and the son of Bishop Patrick Forbes.

● The Revd Alexander Scroggie of King’s College and Minister of Old Aberdeen.

● The Revd Alexander Ross of King’s College and Minister of New Aberdeen.

● The Revd Robert Baron, the first Professor of Theology at Marischal College.

The Aberdeen Doctors were eminent for their scholarship, ability, piety, and devotion to duty. They encouraged sound learning and personal godliness, and in the partisan atmosphere of the time they found a way to transcend the confessional limits of theological thinking and to work for harmony, tolerance and mutual understanding.

They strenuously opposed the National Covenant which abolished episcopacy in Scotland. For refusing to subscribe to it, John Forbes was deprived of his chair in 1639 and went into exile.